During our recent Dragon Age Week celebration, we shared an awesome looking Qunari symbol wall hanging that was created by a member of the Dragon Age team. Since then, we have received many requests from the community asking how to make one of their own.

We went straight to the source and asked Owen Borstad if he could provide detailed instructions on how he did it. Here is what he had to say: 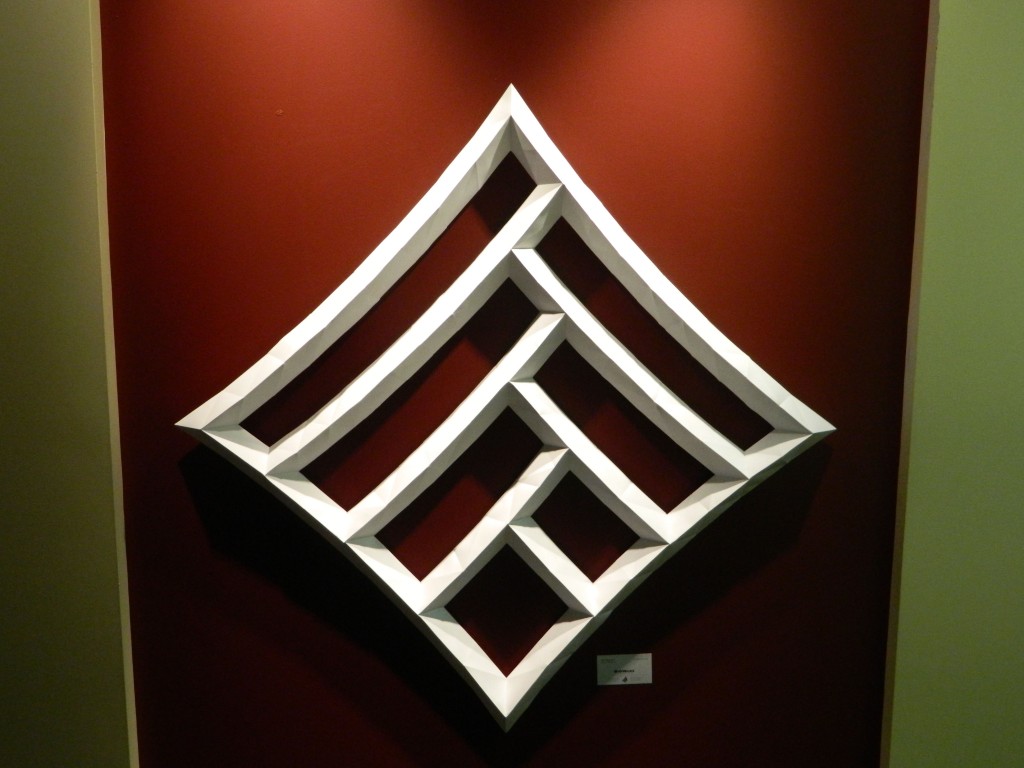 I’m Owen Borstad, and I made the large paper Qunari symbol shown off by the community team as part of Dragon Age Week.  I’m a programmer at BioWare and have been here for almost 12 years now, and I’ve been doing paper-crafty-type stuff since long before working here. Apparently some folks are interested in how I made the Qunari artwork that now decorates one of the walls at BioWare, so here’s a rundown of what I did and how I made it, and some files to help you make your own if you wish.

For a while now I had been wanting to make a giant paper sculpture to decorate the walls/trophy cases/etc. of BioWare, similar to the works of Kota Hiratsuka, Matthew Shlian and Joel Cooper (I have no affiliation with these artists, just a love of their work) but hadn’t really found the time/right thing to make/source material for the project.  One day I stumbled upon the source Illustrator files for the various symbols in our game, found the Qunari symbol, and thought, “Hey, this would make an awesome wall hanging just like the Lion’s head!”, so I started thinking about how to make this happen. 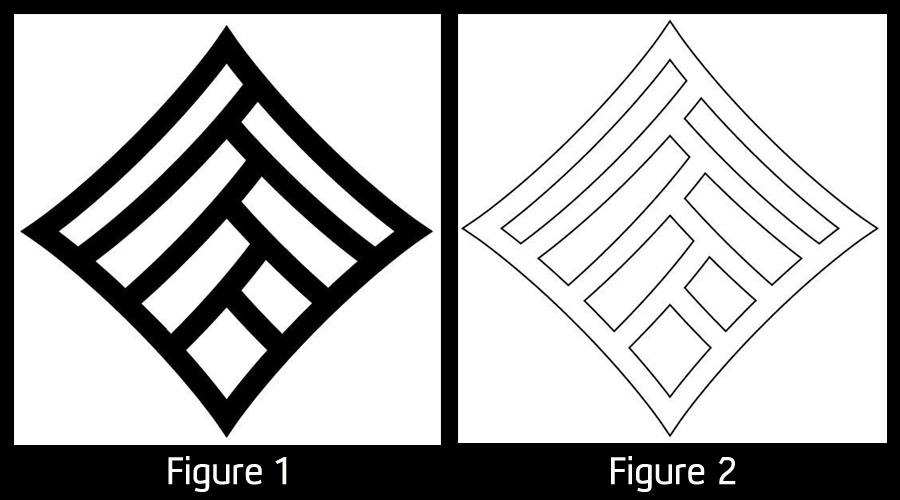 Next I found the centerline (or just extracted it, figure 3), then subdivided it (by eye, no math, really; I should have done some math, figure 4): 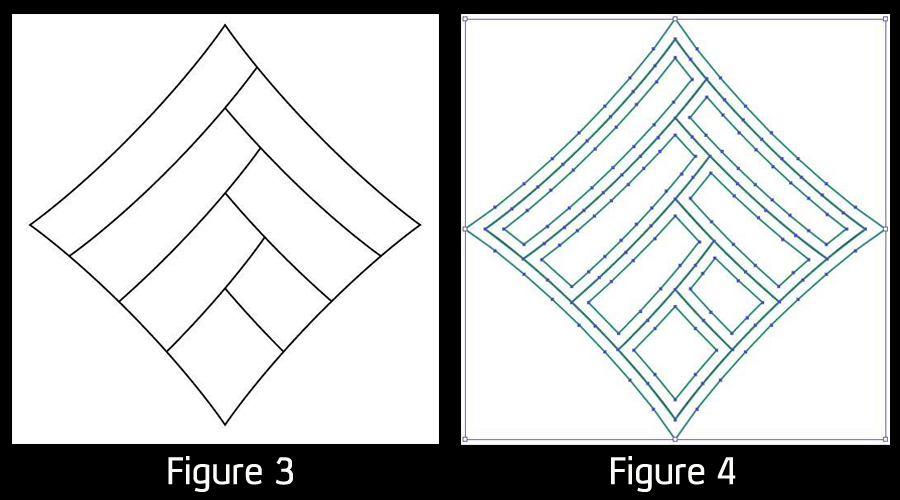 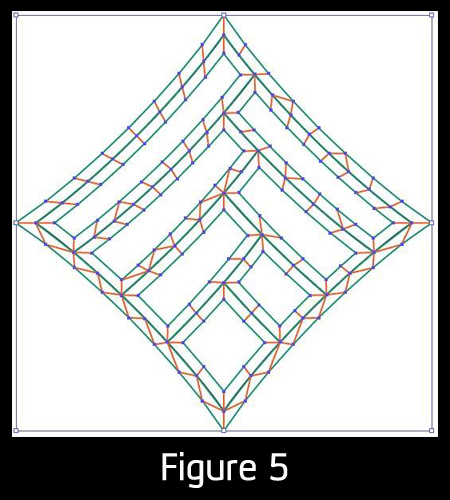 I wasn’t familiar enough with the 3D programs we have here, but have played around with Google Sketchup before, so I loaded that up.  Unfortunately, there’s no easy way (short of paying the upgraded price) to import Illustrator files, so I went looking.  I stumbled upon exporting to svg, and importing via a plugin (which took some fiddling to work).  Eventually I got it into Sketchup, and then made it 3D by pulling the middle line up.  After doing a whole bunch of clean up on it to make endpoints meet, removing duplicate facets, etc., I had a model I could then play with.

Once I was happy with it in Sketchup, I exported to DFX and loaded up Pepakura Designer, which allows people to make templates for paper craft models from 3D data files.

I spent a ridiculous amount of time playing with sizes, trying to figure out how big I wanted it, at what size to print it out, etc.  I made a smaller version as a prototype, which looked decent even if I didn’t finish it (I don’t have a picture of this; it was destroyed in one of my trips to and from work).  After making the prototype, I discovered I had it backwards (inside out), as I didn’t want my numbers to show when I finished making it, so I fixed that up, then re-exported and re-imported.

I finally decided how big to make it so as to fit on the wall, and saved out a PDF of the exploded structure (see PDF).  I printed it on 11×17 Cardstock Ledger paper, and started cutting it out.  I had to score the thing backwards to what the PDF said to do to keep the lines and numbers on the “inside” of the structure.

After gluing the back all together with thinly spread white glue and cutting/scoring every piece, I finally started assembling it.  It turned out that gluing the “boxes” and then gluing to the back was the easiest way to put it together, and so I eventually finished gluing to the back, then worked on “zipping” the model together.

After a total of about 30 hours, I finally finished it, and cut a circular hole in the back by which to hang it, re-enforced the hole, and stuck it on the wall with a pushpin. And that’s how I came to be the prince of… oh, wrong story, anyway, that’s how I made the giant logo!  I might do another one if I feel like it, or go do something completely different for my next project.

Anyway, I hope you enjoyed the tale; if you have questions, send them to community@bioware.com and I can try to answer them, but no questions about what glue to use!