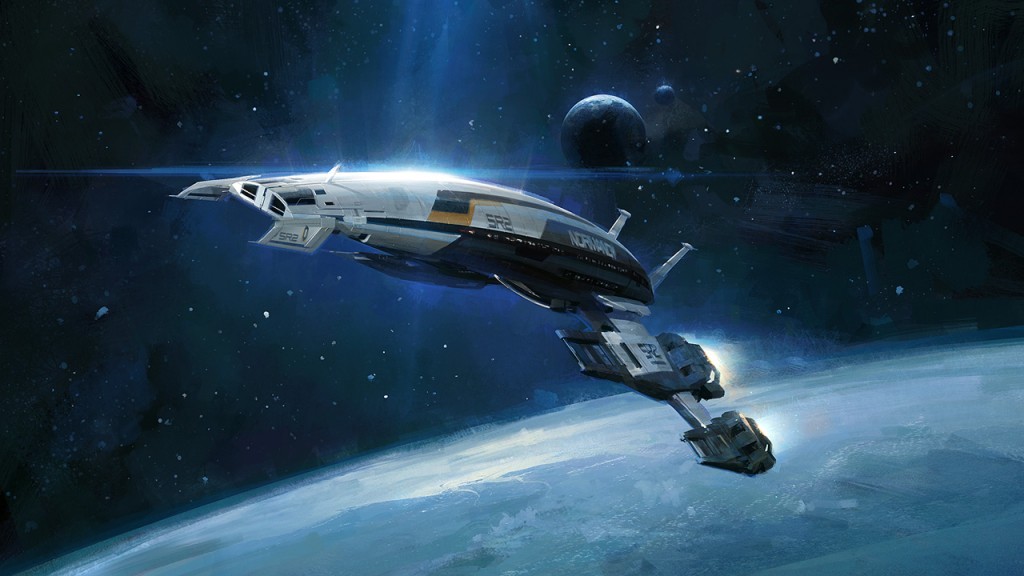 Post launch support is something that we’ve taken very seriously at BioWare. Since ME2, we’ve worked hard to make our DLCs special, and expand our worlds in fantastic ways – long after the game has been released. DLC gives us an opportunity to try new things (Lair of the Shadowbroker car chase, Citadel party), but also gives us an opportunity to tell interesting stories that, while related to the core game experience, are fun and unique in their own way.

Downloadable content at BioWare also gives us the opportunity to use our extremely talented team, and further develop their skills. To provide good post launch support, there’s sort of an ebb and flow to things. We have to balance between teams in BioWare Edmonton and BioWare Montreal. Focus on supporting single player adventures, as well as multi player expansions. All the while, we need to maintain a consistent level of quality in these packs, while listening to our fans for feedback and support. 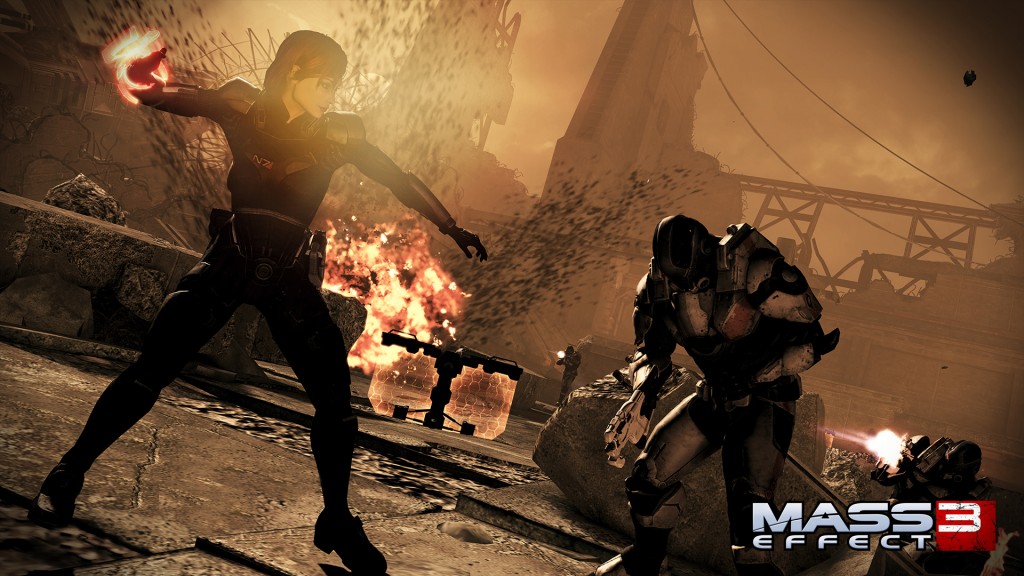 When I was first asked to be the Producer for the ME3 DLC plan, we were somewhere in the twilight hours of development on the ME3 base game. Of course, at that time, the entire team was desperately trying to pack as much quality into the remaining time– so I can easily admit my focus wasn’t yet on the year *after* we shipped the game. We just needed to make sure we released an awesome game. Besides, I thought, I had been the Producer for most of the ME2 DLC…what could possibly go wrong or be different?  Fast forward to the day that we submitted the main game to certification. Many cheers and high-fives were given around the office, but for me and the first DLC team – work was only really getting going.

From the beginning, the objective for us was clear. We wanted Mass Effect 3 to be a game that people loved for the entire year, long after they had finished it the first time. We wanted to broaden the story that we had produced in the main game, deepen relationships, add new characters and amazing missions, and support this little feature called Multiplayer the best we could. These were the key pillars of the plan, but of course, plans are built so that they can change…and I’m glad they did! 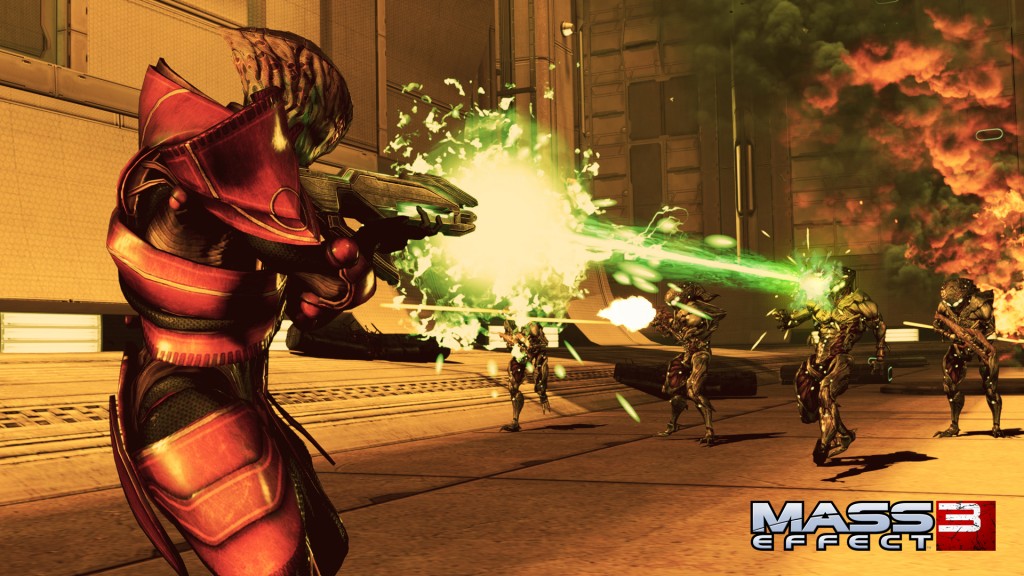 As soon as we completed the main game, we moved onto From Ashes nearly immediately. From Ashes was a tough one. The team had been pushing pretty hard to complete the main game, and everyone deserved a nice break. Well, everyone except for the From Ashes team! We had learned a lot from our previous character DLCs, and decided to ensure that we focused our development on broadening Javik as a character, and fully integrating him into the ME3 story. Doing that is a huge task, and it involved a bit of planning and foresight as you need to put certain hooks into the main-game for it to connect to the DLC content properly.

We also needed to make sure that Javik felt just as fleshed out as the other squad mates. We learned what we did right and what we needed to improve with previous characters like Zaeed and Kasumi. For Javik, we ended up writing numerous character moments for him, making him part of squad banter, and developing his personal story throughout the large arc of ME3.

After From Ashes launched, we were inspired by the amount of great feedback we had received regarding the character. People found him strong, intelligent, and humorous. It was positive and reassuring to know that the fans loved him. We were, of course, seeing feedback for other aspects of the game too – interpreting the feedback on the endings of the main game became a strong focus for the ME3 team, and helped us to shape the direction of DLC in the coming months.

The Extended Cut was an extremely challenging but rewarding experience. On one side, we wanted to ensure that we put the Extended Cut out as soon as we could for the fans to enjoy with their playthroughs. To that end, we reprioritized the DLC team to put the Extended Cut first on the schedule. On the other side, we wanted to make sure the extended cut answered a lot of the questions that the fans had as well as provide additional clarity and closure. The core ME3 leads and DLC team sat down together for nearly a week and charted out the entire ending sequence on a giant flow chart, with a consolidated list of fan feedback up on the projector screen to ensure we were capturing the right goals.

We made additions, tweaks, and adjustments to the flow, and built in the expanded depth that you see in the Extended Cut. We tried to account for as many characters, plots, and variables as we could fit into the DLC – constantly battling the download size, with some platforms having an upper limit of 2 GB (a technical limit we eventually solved for the Citadel pack).  With the Extended Cut’s size and complexity, it was sometimes a dice roll whether or not the build would succeed. It was a hard push to the end… but the team enjoyed the opportunity to spend a little more time resolving the end of the trilogy.  When the Extended Cut was released, there was a unanimous breath of relief from the entire DLC team. Onward to our next DLC. 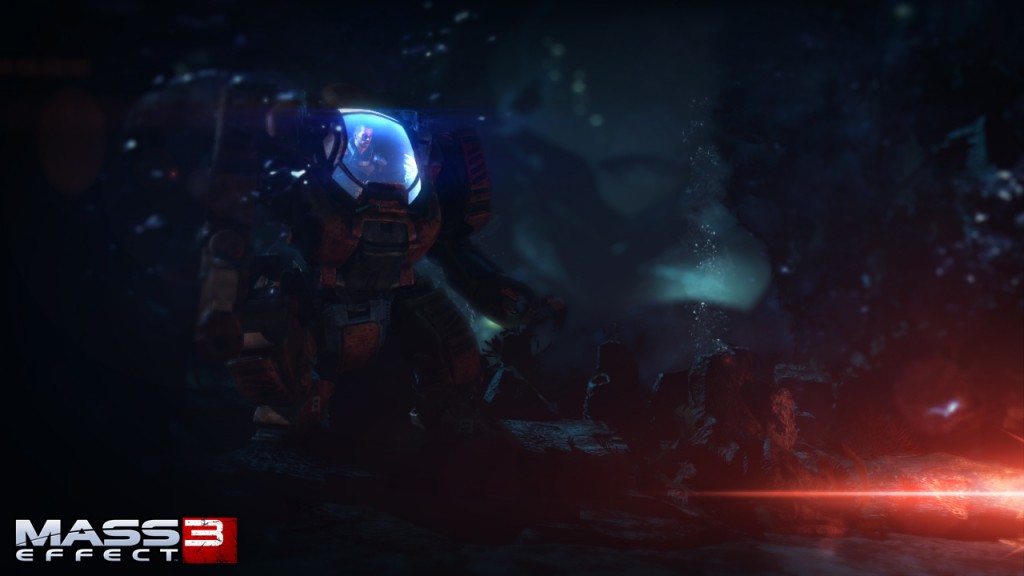 Next for us was Leviathan. Because the extended cut reprioritized our time, we were able to spend some more energy on the ideation process around what we wanted Leviathan to be. Interestingly, it took us some time to actually figure out what we wanted to cover in our first ME3 story-based DLC. Was it a story that was parallel to the war, or tangential? Did it focus on the Krogan? Or perhaps the Salarian STG groups? As we went through this exercise, we eventually solidified on one thing.

We wanted the DLC to be about exploring the galaxy, and giving the player a mystery to solve. The fun part, for us, was to see how we could make that work within the framework of ME3. Our fantastic writing team took that concept, and worked with a number of ideas that they were tossing around at the time (Leviathan of Dis was one of those!). In the end, the story of Leviathan, and its connection to the origin of the Reapers was one that we were all excited for.

After the initial concept, the development process for Leviathan went fairly smoothly, and we made sure we included a lot of existing elements that we knew the fans would enjoy (squad banter, deep character interactions, etc). Of course, while the BioWare Edmonton team was working on Leviathan, the team in Montreal was cooking up something special as well. 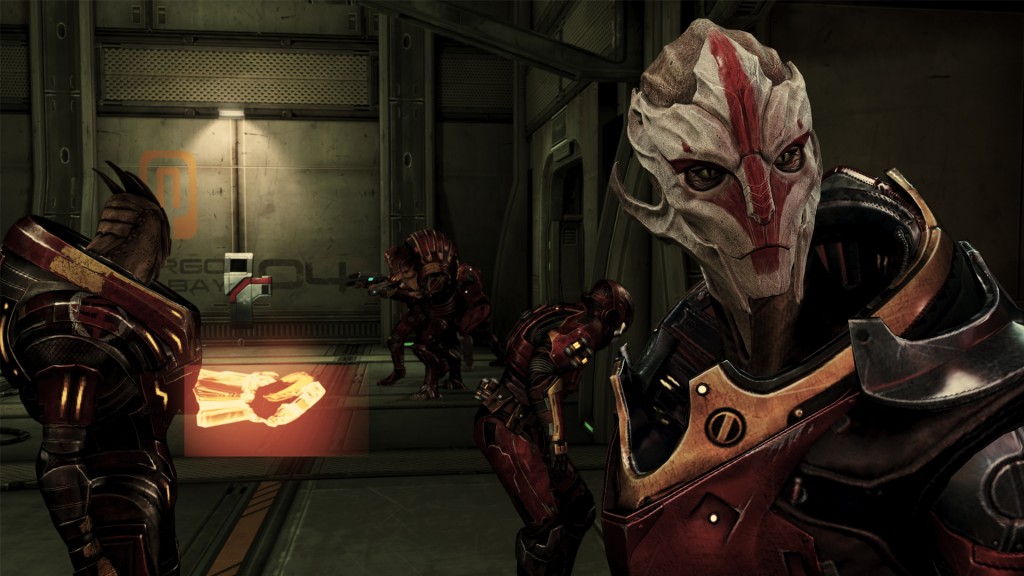 Omega was different for us for a variety of reasons. First, it was developed primarily by the team at BioWare Montreal, and it had begun development shortly after the release of ME3.  Second, Omega gave us the ability to return to a much-beloved area from ME2, and really flesh it out like we had never been able to do before. What does Omega look like underneath the shopping district you saw in ME2? How far would Aria go to reclaim it? What other interesting enemies and friends called the space station their home? The focus for the team in Montreal was to really answer some of those questions, and to create new places and characters that broadened the series.

Of particular note, Omega also gave us the ability to explore a new character by the name of Nyreen. She was a female turian, and while we had alluded to female turians before, we had never shown one. Of course, a lot of the driving force behind that came directly from the fans and their feedback. I don’t think we could have predicted how popular Nyreen ended up being with the fans, but we’re glad she did. We were recently discussing some of the amazing cosplay we recently saw at PAX, and were proud that she was an inspirational character for some. 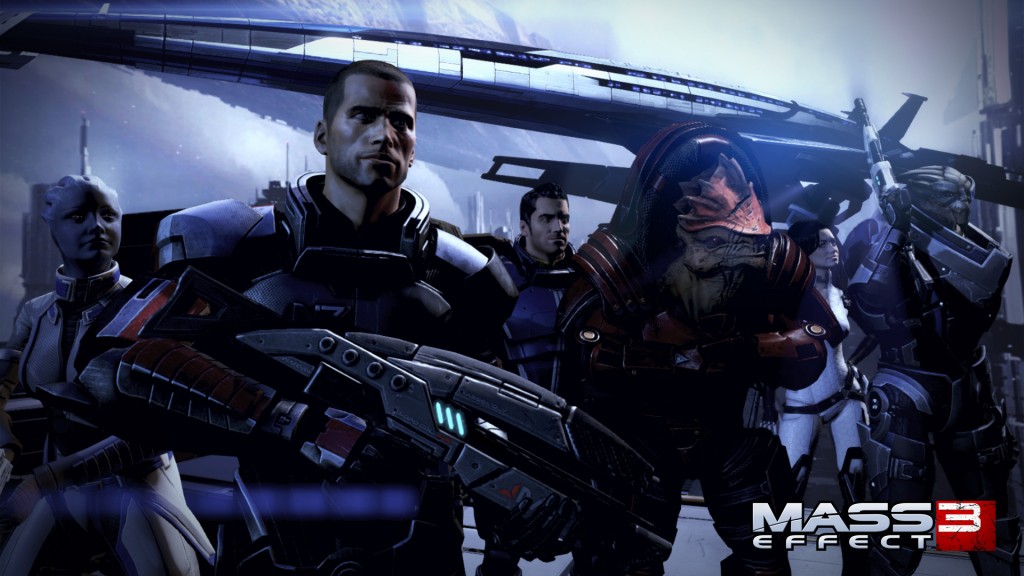 Our final DLC for the trilogy, Citadel, was a real treat for us to do, and personally it was my favorite DLC to work on since Shadow Broker. It allowed us to close out the trilogy while adhering to the pillars that Mass Effect has become known for. We’re very much aware that Mass Effect is driven by the incredible characters which incorporate the galaxy, so even our earliest plans for ME3 DLC had us ending on one last adventure that focused on memorable moments with favorite characters. Of course, with the Citadel being an iconic location for us, we also wanted to showcase some of the areas of the space station that players had previously only wondered about – but without a doubt, our focus was on the characters.

That’s why, when we started production on the Citadel, we ensured that the writing and cinematics teams were well equipped to bring our characters to life in new and exciting ways. A tango for Garrus? A music performance from Tali? All of these scenes worked into the larger theme of the pack – a love letter from us, to the trilogy and to our fans. We wanted to round out the pack with some amazing additions (such as the Casino Hub area and the Combat Simulator), in order to add additional value to the pack, and to give us an opportunity to bring in some of the gameplay advances that we’d been pushing in multiplayer over the past year. Now that it’s all completed, we’ve been humbled by the fan reaction to it. 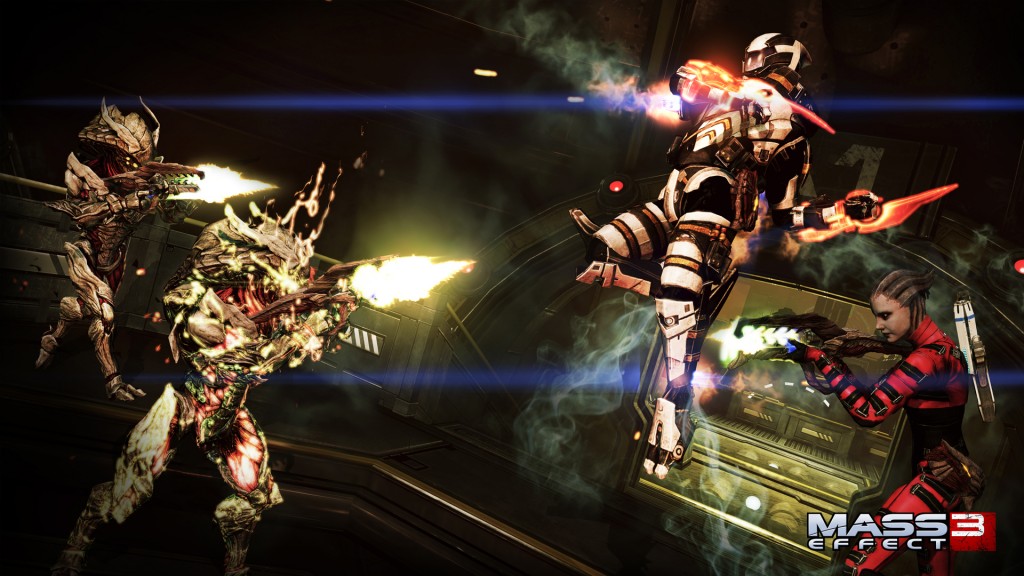 Of course, no discussion of DLC would be complete without talking about our multiplayer content as well. Originally, we didn’t know what to expect from players regarding multiplayer. We had never done a feature like this in Mass Effect before, but we hoped that it would prove itself when the game released. Needless to say, we were pleasantly surprised. From the beginning, we had always planned to support the MP feature with free DLC. What we didn’t plan for is how much we would end up doing!

We wanted to keep the player-base from becoming splintered (those who did download the DLC vs. those who didn’t), and we wanted to make sure that everyone had access to the content. Once we saw that people were playing (and loving) multiplayer, our imaginations went wild. What other features could we add? How many more kits would the engine support? Could we give players access to new challenges, and have their progress reflected on the web? We were able to do all of that, and more.

We have an extremely talented levels and gameplay team who have been tasked over the past year with making multiplayer an ever-growing service.  Our only constraint has been how quickly we were able to get the content out. Since we’ve always been developing a story-based single player DLC, it normally meant that we had to develop the multiplayer content at the same time. That was a bit tough on the team, but we have an extremely experienced team, and they were able to deal with it. A full year and 5 multiplayer expansions later, we’ve packed the game to the gills, and it was only possible thanks to your support.

I sincerely hope that we’ve been able to entertain you over the past year, and I’m glad we have such an amazing fan base. You’ve been great. You tell us what works and what doesn’t, and you’ve helped to make this year one of the most rewarding of my life. Thank you. 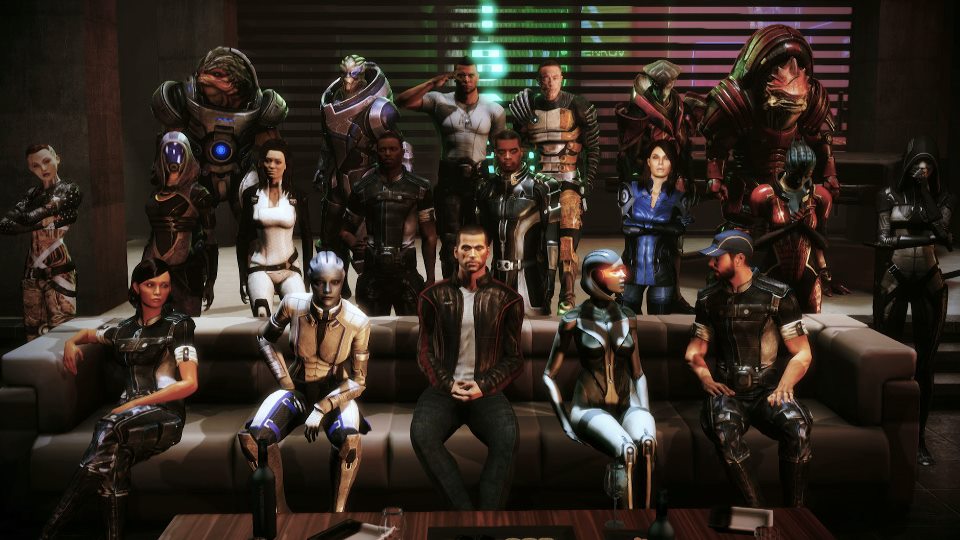