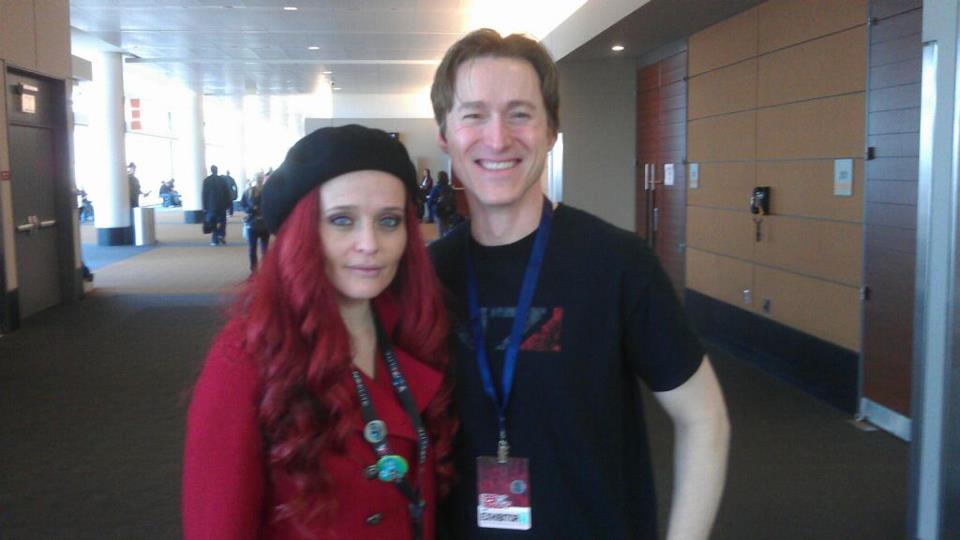 Mass Effect has been a significant part of my life for over eight years. The majority of my game development career belongs to this trilogy, and it will always be a part of me.

In 2003, I was a software engineer working in a Silicon Valley networking company. The pay was high, the hours were low, and the work wasn’t at all stressful. I hated it. Something was missing. My passion was game design, so why wasn’t I designing games?

My wife had come to a similar epiphany with her career, so we quit our jobs, sold our house, and took a few months backpacking through Europe to rejuvenate. When we returned, we moved into a one-bedroom apartment and lived off my wife’s new salary while I dove headlong into my education in game design.

My love of BioWare games familiarized me with the Neverwinter Nights toolset, which was a perfect platform to exercise my design skills. Soon after, a fellow modder pointed me to a BioWare job listing. It didn’t ask for years of experience, but instead required just an example module. Could I actually stand a chance at BioWare? I went into a three-week crunch and made the best module I could.

A couple of months later, in July 2004, I found myself in Edmonton, working on a project codenamed SFX (Science Fiction Xbox). My first major responsibility was the technical design for the spaceship that would transport the player from planet to planet. Soon enough, the game had a name, Mass Effect, and that vessel was christened the Normandy.

On ME1, I was the lead technical designer, and half my time was spent managing a team and making tool flows functional. The other half was spent scripting the Normandy and the Citadel. ME1 was a new-engine project, which meant there were plenty of challenges for all. I spent so many late nights working on those two levels, I felt like they were a second home.

The level design team I led on ME2 was composed mostly of designers new to the trilogy and full of fresh ideas. One of my main tasks was implementing the new Normandy SR2, bigger and better and twice as many squad mates. I had the interesting challenge of designing a ship that had twice the space, yet still felt like the Normandy of ME1. I got to try my hand at writing too, under the masterful mentorship of some of BioWare’s most senior writers (Thank you, Luke, Brian, and Drew). I wrote Kelly Chambers, Dr. Chakwas, Ken, and Gabby. This is the Normandy that is closest to my heart.

By ME3, I had left management to become a full-time content creator. The majority of my time was spent on the Alliance Normandy SR2. This was my chance to do all the things I’d wanted to do in the previous games. The squad mates moved around the ship between missions and interacted with each other. I had the privilege to write Steve Cortez as well.

In the final scene of the Citadel DLC, the love interest joins Shepard and comments on how the journey had been, to which Shepard replies, “The best.” This wasn’t just a love interest speaking to Shepard; it was the Mass Effect team speaking to the fans who had shared this journey with us. Steve says, “Craziest time of my life, but it’s been a good ride.” Creating and sharing Mass Effect with so many incredible fans has been my craziest and most rewarding endeavor. I am humbled to have worked with such a driven, talented team, and honored to share our efforts with the most passionate, dedicated fan base out there. These last eight years for me have truly been the best.