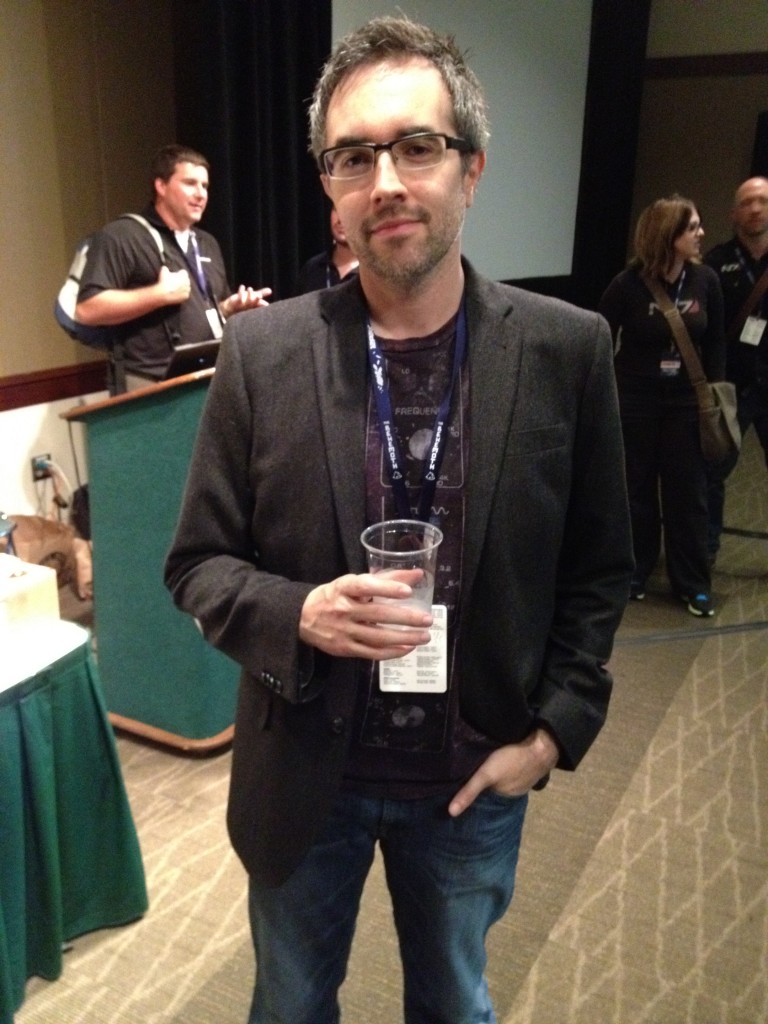 Way back in 2005, I got an email from Shauna inviting me to demo for a game codenamed “SFX.” The email said:

“SFX will be a brand new IP for BioWare and as such the musical score will ultimately become part of the unique identity of the game.”

And how! 🙂 I wonder if any of us had any clue what an absolute sensational hit the franchise would become, and how the music would touch so many people emotionally, and inspire them. I’ve actually gotten quite a few emails from young adults who have told me they’re enrolling in music studies because they were inspired by the music of Mass Effect and want to create music for a living. I never saw that coming, and it’s truly humbling.

Back to 2005. I think people felt I had potential, but I was inexperienced. A few of you (including others such as Jack Wall and Steve Sim) saw that potential and decided to take a gamble on bringing me on board to work on Mass Effect. I can never thank you enough for doing so. Unlike many other composers, I didn’t have a long list of smaller titles building up to a big one. I feel like I was in a long line, and someone came back to grab me and skip me to the front. Mass Effect has undoubtedly been a career-maker for me, and I can’t even imagine where I’d be today if you guys hadn’t decided to take a chance on me. I’m so glad you did.

I’ve learned a staggering amount in these past eight years. Not only have I learned a ton about the whole process itself (which has become smoother as a result of the experience), but I feel like my musical horizons have been expanded greatly. I don’t think a lot of green composers walk into a job expecting that, but it’s completely true: creative direction from an external source helps a composer become better at what he/she does. I’ve grown musically by leaps and bounds, and in part that is due to your musical direction. I think artists can fall into a “rut” or certain way of doing things, and having that external creative individual to tell them, “here’s what we’d like you to shoot for” breaks us out of that comfort zone and introduces us to new ideas. Mass Effect was no exception. Before that demo, I really hadn’t touched on much in the way of synthesizers. Boy how that changed pretty quickly! 🙂

I heard the team was having a final Mass Effect team roundtable today, so I thought today would be a good day to write this. Thank you once again for the opportunity and the amazing ride all these years! I look forward to working with you again in the future! Please feel free to pass this message on to anyone else on the Mass Effect team.