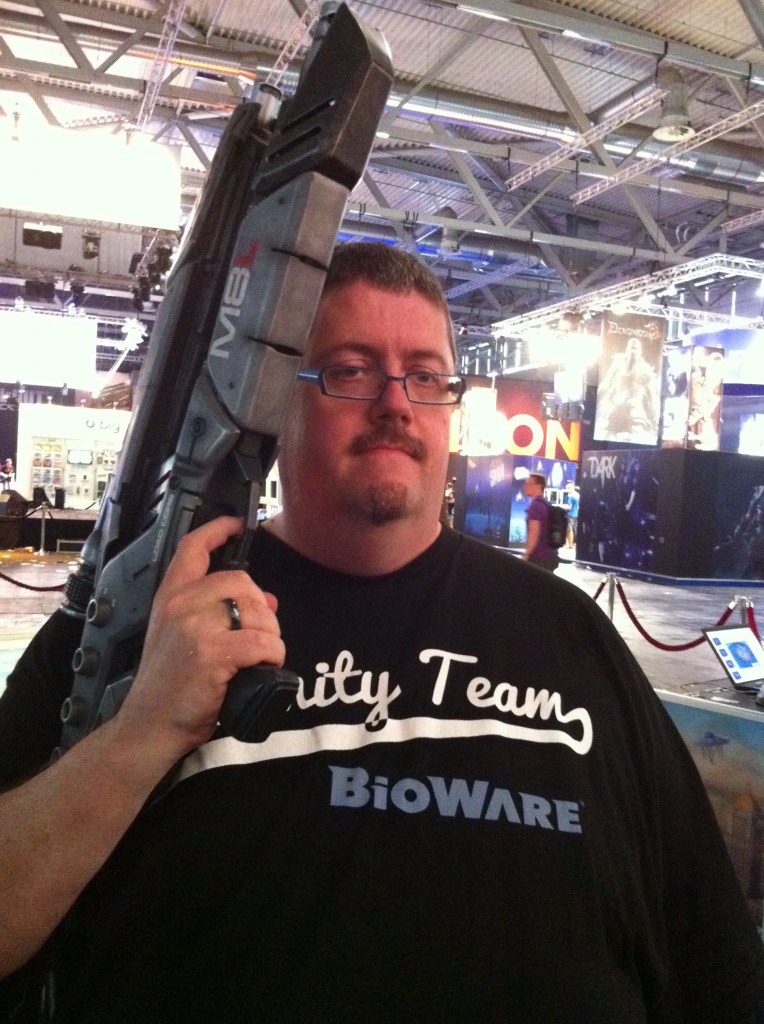 I am an unabashed science fiction nerd. I grew up with Star Wars in the theater, watching the original Battlestar Galactica on TV, playing with my Space 1999 Eagle pretending the moon blew out of orbit taking my Mego Star Trek figures along with it.

Being a part of Mass Effect trilogy has been this nerd’s dream come true. What the Mass Effect team has created over the course of the three core games, DLCs, novels, and comics is an achievement that tops all of my experiences at BioWare. I’ve been fortunate to be part of the Mass Effect trilogy right from the beginning, watching it rise from early concepts to close with this month’s release of the Citadel DLC.

My role with the team was discussing Mass Effect with our Community and, while it was not always the easiest job, it was always necessary, for Mass Effect is a story about which our fans are extraordinarily passionate. Throughout the series there have been times our fans have supported us and times they have questioned our decisions, but they have always done this because they care so deeply about the games, the characters and, dare I say, the studio.

I understand because I also love Mass Effect. I love Wrex, Jack, the Illusive Man, Noveria, the Normandy, suicide missions, Kepler’s Syndrome, and omni-blades. I’ve been fortunate to meet fans of the series around the world at live events in Warsaw, Sydney, San Diego, New York, London, Paris, Stockholm, and so many other cities, not to mention online fans from all over the globe. Everyone I talk to has their own favorites in the series and I understand them all. Love the romance with Kaidan? Yep. Love driving the Hammerhead? Sure. Love sacrificing Tali so the team can survive? Cruel, but I get it. Everyone has their favorites, their loves, and their best moments.

For me, the absolute best moment in the trilogy is Mordin Solus on Tuchanka trying to cure the genophage and what I, Commander Shepard, did to stop him. I have never had a more meaningful moment in a video game, and I hated myself for days afterwards. When I talk with fans about their passions in the game, I get it, because I am just as passionate a fan as they are.

To all of the fans I have met online and live at events, I am glad you have enjoyed Mass Effect as much as I have. Mass Effect has been an amazing series and an incredible ride, and I’m glad we’ve taken the trip together.