Today the 3 new awards arrived at the studio and have been added to our trophy wall. Check out our three new blue monkeys. 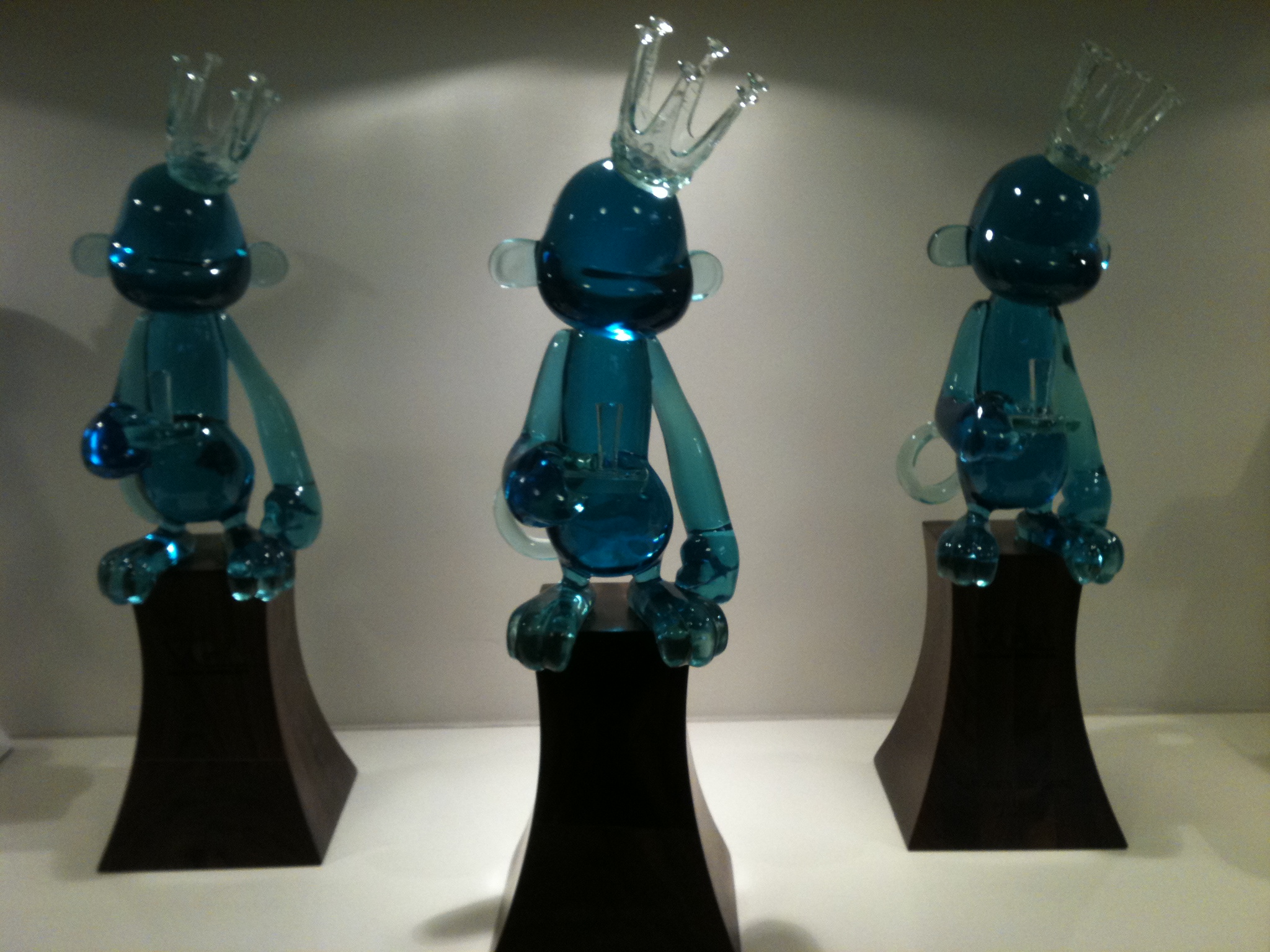