Hello Dragon Age fans. Today we have another Dragon Age 2 Lore update on four factions that players will encounter as they play Dragon Age 2, the Coterie, the City Guards, the Raiders of the Waking Sea and the Templars. Along with the heraldry for each faction there is also concept art of armor (often worn by the Coterie or the Raiders) and of the altar of the Chantry in Kirkwall. 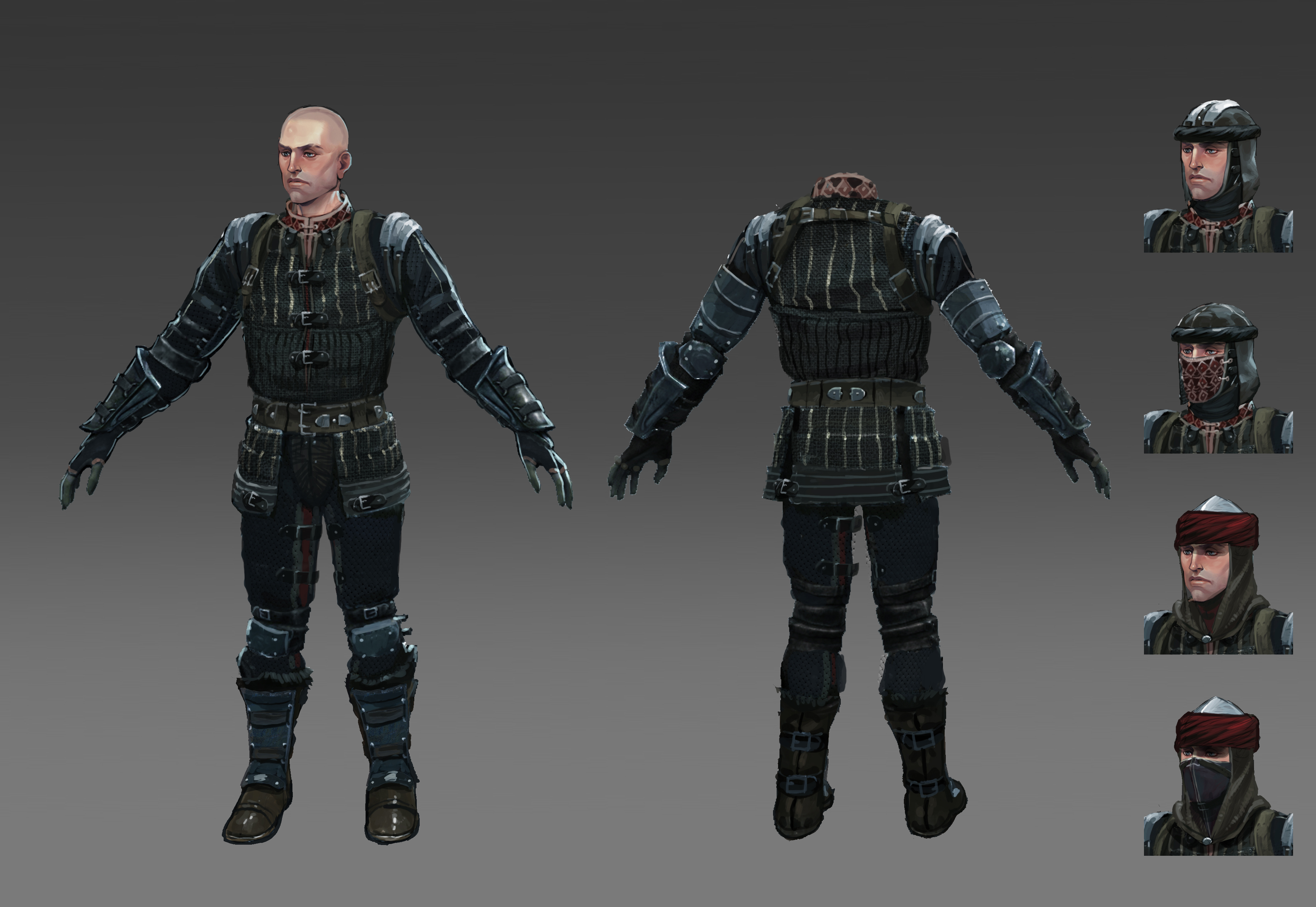 Kirkwall is built on a solid foundation of greed and human suffering, and its underworld is a place where everything is for sale and everyone is fair game. 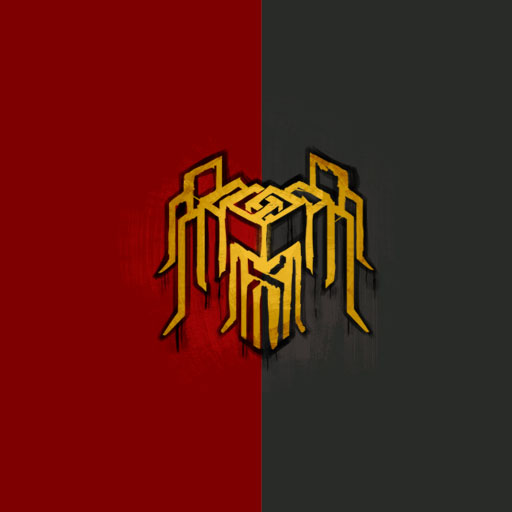 There are many criminal empires within the city, some of which have been around since the Imperium used Kirkwall as a hub in the slave trade. Alliances, spying, manipulation, betrayal, and open warfare is all commonplace in the never-ending struggle for power.

The Coterie is a thieves’ guild that has been around for almost a century, but until recently was never a major player in the underworld. Some twenty years ago, the strongest of the local criminal empires was an ancient guild known as the Sabrathan, but its leader was betrayed from within, and during the turmoil the Coterie made a successful grab for power.

Since then, they’ve sunk their claws into almost every level of Kirkwall, including the city guard, the Dwarven Merchants Guild, and some of the most influential citizens in the city. It’s safe to say that the Coterie gets a slice of every pie, and very little goes on in Kirkwall that escapes their notice.

—From “In Pursuit of Knowledge: The Travels of a Chantry Scholar”, by Brother Genitivi. 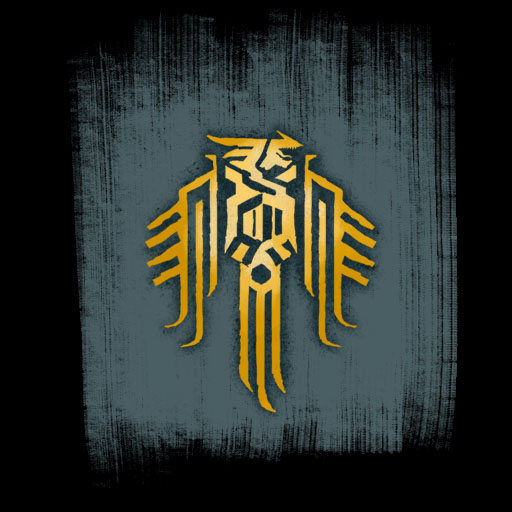 It may surprise many to know that Kirkwall has not had an official armed body protecting it for much of its history. During Imperial times the city of Emerius (as it was known then) was guarded by the Fourteenth Cadre—more commonly called “the Black Cadre” and considered one of the worst postings within the Imperium, the sort that a soldier would get appointed to if he were convicted of a crime or otherwise became persona non grata within the capital. After the slave rebellion the city was left in anarchy, with order finally only restored by subsequent invaders and then the Templar Order when they assumed control of the fortress known as the Gallows and made Kirkwall their permanent center of power in eastern Thedas.

The Orlesian Empire was the last of these invaders, bringing an army of chevaliers to guard the city led by Sir Lumile du Marais. When he became its first ruling viscount he saw the need for an armed force of Kirkwallers that did more than simply patrol the streets. A force was needed, he said, to match the power of the templars and place the right to rule the city back in the hands of those who lived there. Thus the Kirkwall City Guard was formed in 7:60 Storm, an army that maintained order both inside the city as well as its environs and saw to the city’s defense in times of war. The fact that the City Guard still pales in comparison to the templars in Kirkwall, and something that became all too apparent when Viscount Perrin Threnhold unsuccessfully attempted to eject the templars from the city in 9:20 Dragon, is a fact that few choose to speak of.

Raiders of the Waking Sea

The Raiders of the Waking Sea, or more simply “the Raiders”, is the more commonly known name given to an association of pirates called the Felicisima Armada. Once upon a time these pirates were little more than opportunists, individual ships based out of the coastal city of Llomerryn that preyed on sea traffic and which were frequently the target of concerted efforts by the Orlesians and Free Marches cities to destroy them once and for all. After each such effort, new pirates would appear to fill the vacuum and thus the cycle continued. 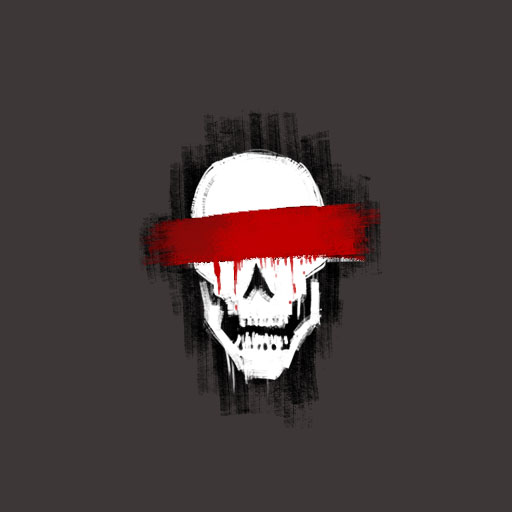 During the New Exalted Marches, however, the nations of Thedas found themselves in dire need of every ship they could muster against the massive power of the Qunari dreadnaughts. The Llomerryn pirates were faced with a difficult decision: band together under one flag and fight with those they had previously preyed upon or face conversion and annihilation by the Qunari. Thus the Armada was formed. The pirates brought their knowledge of stealth and trickery to bear, plaguing Qunari supply lines and even launching seaborne invasions against the Qunari coast. For a time it was said the Armada was the premier naval power of Thedas, and after the signing of the Llomerryn Accord they maintained their association rather than disbard—much as others might have hoped.

Wealthy merchants often pay the leaders of the Armada, rather than risk having their ships commandeered and their merchandise stolen and sold on the black market. They’re hardly unified, and bloody battles between Armada leaders are frequent, but any attack by outsiders will cause them to instantly put aside their differences and close ranks… and thus the raiders have become far more of a plague in the last century than they ever were before. There are a lot of legends told about how dashing and romantic life aboard a raider’s vessel is, but don’t believe it. They are scoundrels and smugglers all.

—From “The Dowager’s Field Guide to Good Society” by Lady Alcyone. 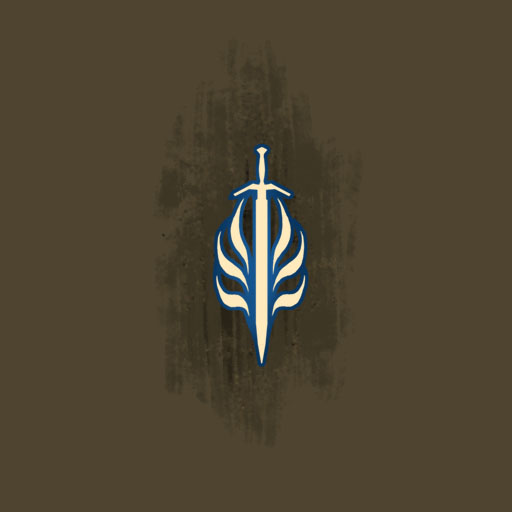 Most people don’t remember the Templar Order as it once was. In the days when the Chantry was still young, templars were known as the “Inquisition” and combed the land in search of all dangers to humanity—whether they came in the form of blood mages, abominations, cultists or heretics. It was a dark and terrifying time in the history of Thedas, and one that only ended when the Chantry convinced the Inquisition to unite under the banner of their common faith. The name of their order changed, and their purpose because that of guardian and warden rather than hunter. As they see it, they protect the innocents of the outside world from magic… but they also protect mages from the outside world, a world that fears them for very good reasons. It is a templar’s place to watch their charges for signs of weakness or corruption, and should they find it to act without hesitation for the good of all. That this occasionally leads to charges of tyranny and abuse is, according to the Chantry, a price that must be paid for the security the templars offer.

Some are saying, however, that this needs to change. They remind the world that mages are not controlled by templars everywhere in Thedas: not among the Rivaini witches, the Dalish keepers or the Tevinter magisters… and those societies are, arguably, no worse off. The Templar Order, however, is nothing if not certain of its role. From the glittering White Spire in Val Royeaux the Knight-Vigilant commands the templars to serve the Maker’s will and keep the peace. By the common folk they are seen as self-sacrificing men and women, vigilant warriors that form the first line of defense between humanity and the chaos that once ruled the land during the old Imperium. To the mages they are often seen as oppressors, even well-meaning ones, and the gap between them is growing larger with each passing year.

“Magic exists to serve mankind, and never to rule over him.”

– From the Chant of Light 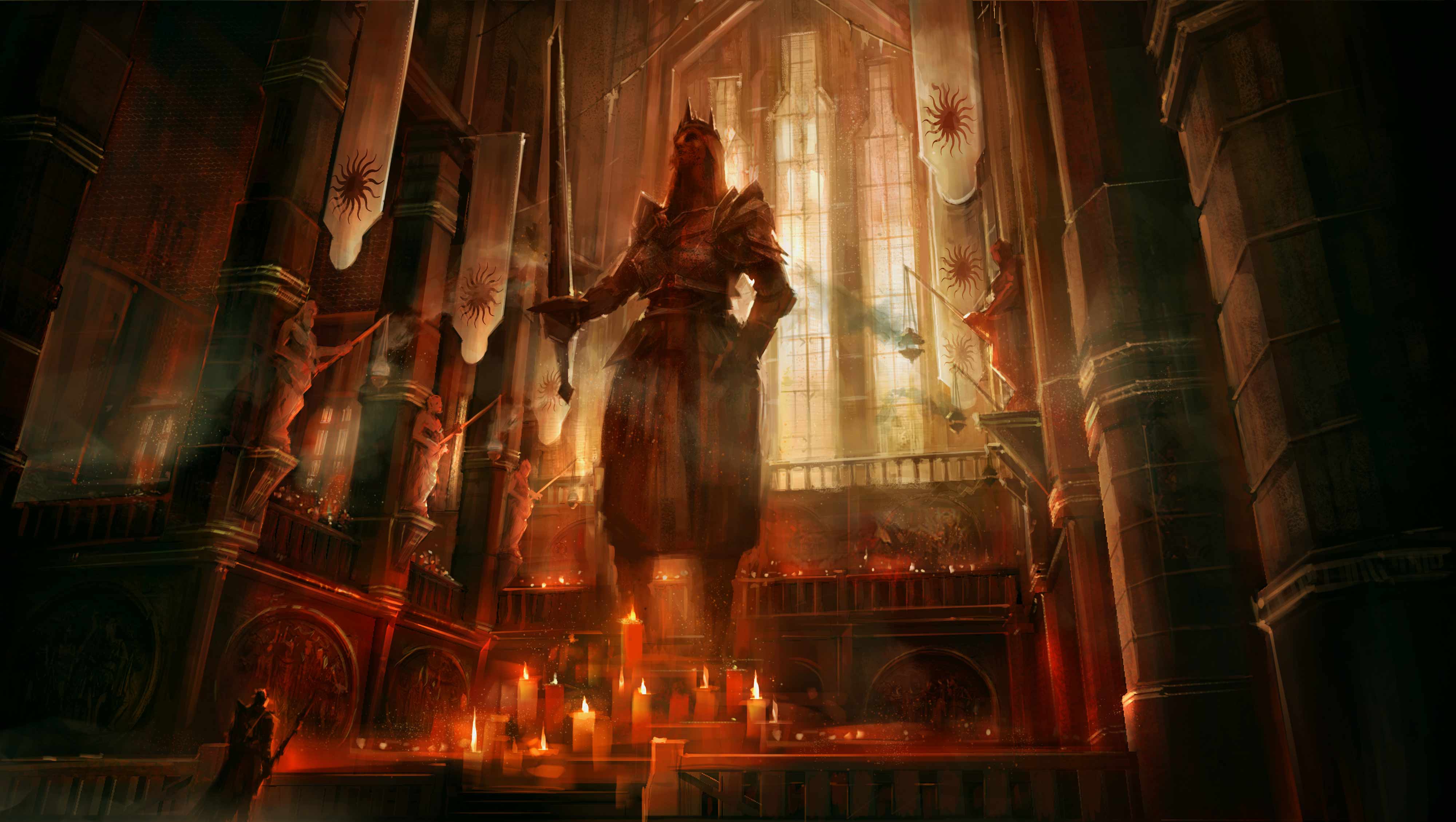