Hi everyone. Welcome to another BioWare Facebook Friday. This week, I have asked concept artist Nick Thornborrow to tell us what his life is like here at BioWare.

I have to say, I am doubly impressed with Nick when it comes to his skills. I have long thought that I can write (not as well as our writers, but not too badly either). I’d also like to think I am smart enough that if I went back to school, I could learn the basics of programming. However, I know that I absolutely cannot “art”. I wish I could. I grew up reading comic books and longed to be able to draw them myself. Sadly, I have no skill. I have so much “no skill” when I took introductory art in college, my professor suggested I transfer to Drama. So I am doubly impressed by Nick, not only because he can do “the art”, but because he illustrates comic books and graphic novels. Check out Nick’s blog below, and check out Term Life, in comic shops soon.

Where are you from?

I grew up in Waterdown, Ontario; a suburb of Hamilton.

The movie that affected me the most was almost certainly JURASSIC PARK. I was ten when I first saw it, and became obsessed. I started collecting any information and watching every making-of special that I could and learned about special effects wizardry and animation. My tastes have changed since then of course, but JURASSIC PARK remains in my influence cannon. Others are THE GOOD THE BAD AND THE UGLY, NO COUNTRY FOR OLD MEN, THE PROPOSITION, UNFORGIVEN, THE LORD OF THE RINGS, and our family has a long standing tradition of watching MUPPET CHRISTMAS CAROL every holiday so I have to include it as well.

I actually don’t watch much TV. I tend to pick up the dvd’s of shows I’m interested in. But DEADWOOD (are we sensing a western theme here yet?) is my favorite series. I just started going through THE WIRE and it’s superb. No spoilers please. For lighter fare, I look no further than THE OFFICE.

ASTERIOS POLYP by David Mazzucchelli, IF ON A WINTER’S NIGHT A TRAVELER by Italo Calvino, anything written by Kurt Vonnegut. I have a soft spot for Craig Thompson’s BLANKETS, and finally  Scott McCloud’s UNDERSTANDING COMICS is probably the most read and re-read book on my shelf.

Job or title at BioWare:

How long have you worked for BioWare?

What does a concept artist actually do:

We design all of the characters, costumes, set pieces and anything you see in game as drawings and paintings. As for what I do specifically, I do the bulk of the 2D artwork that appears in Dragon Age, such as the fresco sequence seen in the prologues of Dragon Age: Origins, and Awakening.

Coffee and check email. Pick the tunes for the day. Most of the time I’ve been assigned something specific to work on, such as designing a load screen. Usually it’s pretty open ended how we approach whatever it is we’re tackling, but sometimes the art director will have something very specific in mind. I get away from my desk at lunch with work mates. After lunch I’ll come back to my desk to find that I left my computer unlocked and someone has drawn something unsavory on whatever art asset I was working on. Control – Z. 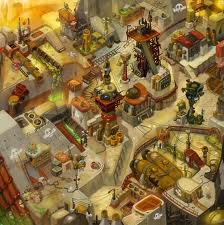 Favorite BioWare moment Game related/thing you are most proud of at BioWare:

When I first started at BioWare, I was working on Sonic Chronicles. It’s probably not the most fondly remembered BioWare title, but the enormous world map paintings that we did for that game are still a lot of fun to look at.

There are many. So here’s one: In mid-summer, late in the development for Dragon Age: Origins, the power suddenly went out. It was startling how quickly the ensuing nerf gun war escalated. Truly a massacre. The veil that divides us from barbarianism is thin indeed.

What do you do to relax/do you have any hobbies:

I write comics in my spare time. I camp and hike in the summer. I try to get to Crossfit twice a week. We play a lot of board games. CATAN is one of my favorites. Also my girlfriend and I like to cook, but she possesses far more skill than I do in that department.

What game are you losing sleep for right now (that you are not working on)?

Civ V. Although things are so busy I’ve only managed to play through one campaign. 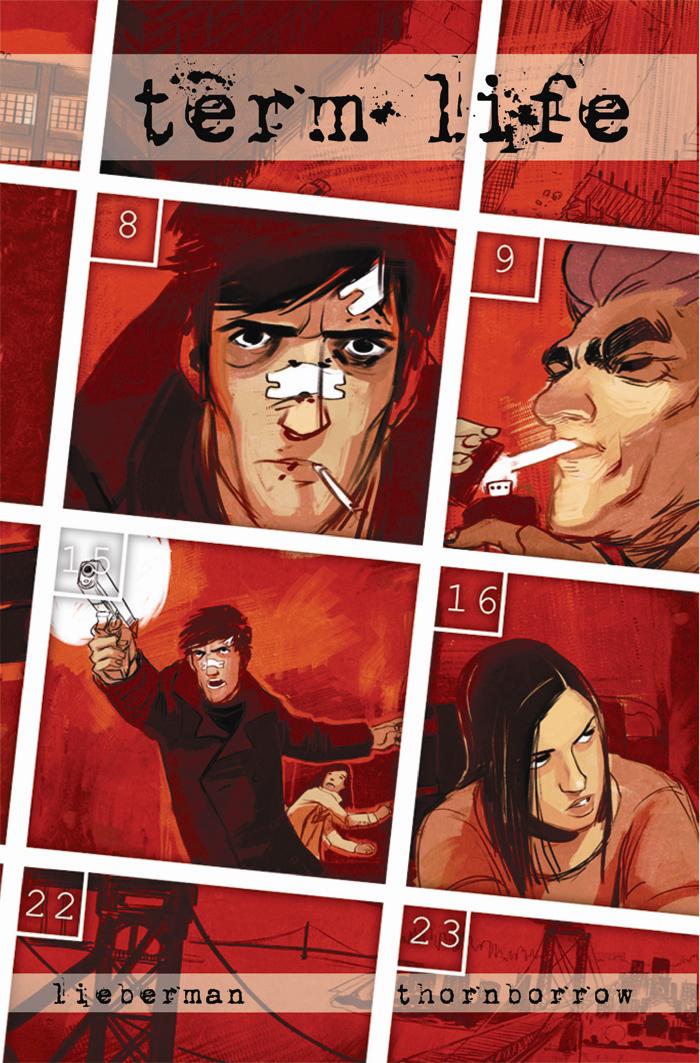 What is the most “nerdy” thing about you?

If you didn’t work in video games, what would you be doing?

I’d be making comics. Right now I do both so it’s the best of both worlds.

What do you want people to know about you?

Well, if you’re into comics, that’s what I do with the lion’s share of my spare time. I’m one of the editors of a comic volume called THE ANTHOLOGY PROJECT. The second volume of that is coming out in the spring, and you can order the first volume here: http://www.theanthologyproject.com . If you’re familiar with FLIGHT you’ll find this to be a treat. On the other end of the spectrum, I’ve got a gritty, hard-edged crime noir graphic novel called TERM LIFE that is coming out in January. That one is written by COWBOY NINJA VIKING’s A.J. Lieberman and it’s available for pre-order right now.

Evil Chris note – Term Life received a very positive review from Ain’t It Cool News the other week. Check out the review.