This may come as a shock to some, but there ARE women in the games industry! *GASP* And what is even more shocking, they can be just as “nerdy” as the men. *GASP GASP*. Now, before you go and get all “over gasped”, you should also know that they’re not only nerdy, they’re also really talented. I’ve been really fortunate in that I have been with Christina when she has talked with the press or with our fans and she is among the most knowledgeable people I know. I will say one thing though, when I took the pictures with Christina she would only stand to the left of the pictures as she’d accidentally spilled coffee on her shirt this morning. I mention this as no matter how knowledgeable, smart, nerdy or whatever you are, we’re all human. 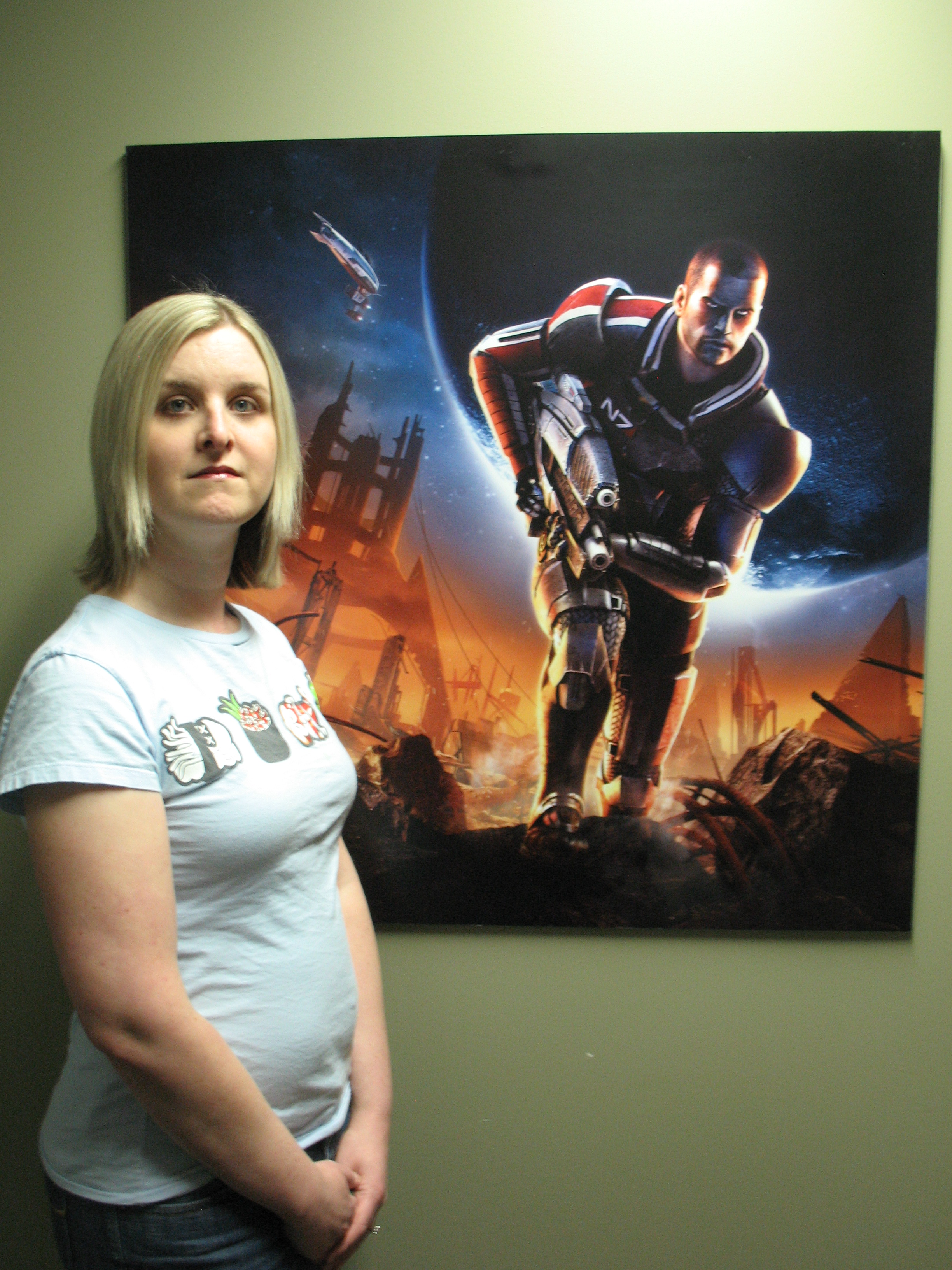 Where are you from?
Ontario, Canada

Favorite books:
That’s a hard one! The overwhelming theme has always been fantasy.
• As a child I loved the Freddy the Pig series as well as the 30+ books in the Oz Series
• As a young adult I enjoyed anything by Piers Anthony or Margaret Weis
• Recent stuff I’ve enjoyed includes the Wheel of Time series and Labyrinths which are kind of on the opposite side of the spectrum.

How long have you worked for BioWare?
5 of your “earth years”

What does a Lead Gameplay Designer actually do?
My team builds all the gameplay systems for the Mass Effect series of games. What is a gameplay system? It’s basically anything you can do in more than one place, like fire a gun, or level up, or use a power, or enter cover. We micro-polish each of these activities until they are ridiculously fun!

What is your average day like at the office?
The great thing about being on the gameplay team is every day there is something new and interesting to review. Whether it’s changes to our cover mechanics, or a new combat animation, a new creature, a new power, or a new programming system for weapons every single day I see something new and awesome that will likely make it into our next game. I tend to spend more time reviewing work done by others and providing feedback, but I also manage to sneak in dev time on my own features. 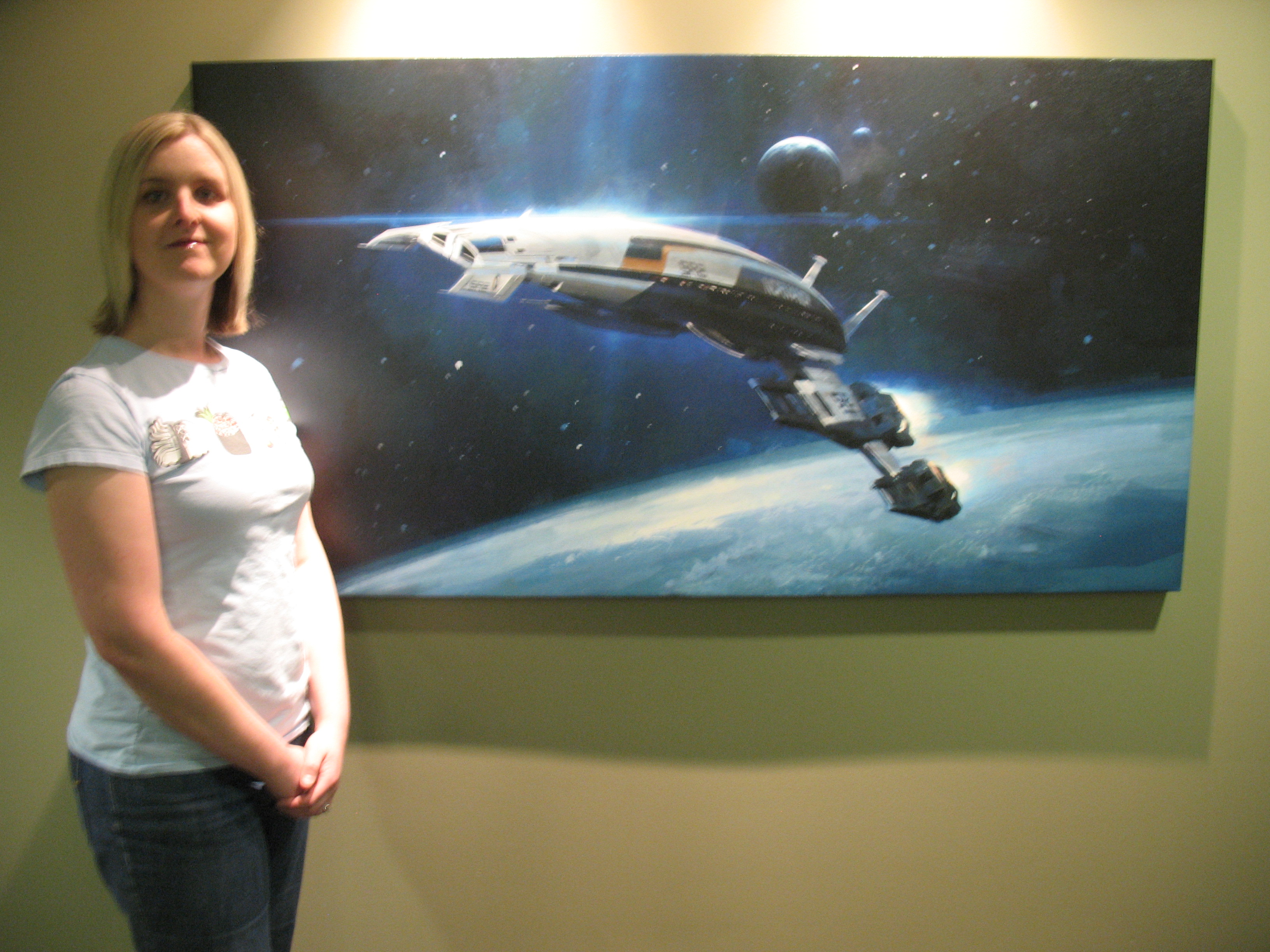 Favorite BioWare moment Game related/thing you are most proud of at BioWare:
The improvements we made to weapons and cover for Mass Effect 2 are probably my favorite accomplishment. That was a big change for Mass Effect 2, and it ended up affecting the gameplay of the entire game, but I’m incredibly proud of the work my team put into those changes and the end result.

Favorite BioWare moment not game related:
I love hanging out with other developers at BioWare and discussing games in general. For me games are not just my job, they’re a way of life. If I’m not building games at work, I’m playing games at home, and then talking about that with friends at work. I also enjoy playing games with other BioWare employees, like doing random Starcraft 2 team laddering.

What do you do to relax/do you have any hobbies:
I’m very interested in social networking. My name on twitter is truffle, feel free to follow me!

What game are you losing sleep for right now (that you are not working on)?
Fable 3 and The Old Republic (which I’m an alpha tester for) are my main obsessions right now. I also just finished playing Game Dev Story a really awesome iPhone game.

What is the most “nerdy” thing about you?
Wow what isn’t nerdy about me? I spend all my time playing games, posting to twitter, watching anime and programming.

If you didn’t work in video games, what would you be doing?
The fun answer would be to be a writer, I’ve always enjoyed writing short stories, novels, and fiction.
The practical answer is I’d probably be building internet based software which is what I did before I got into games.
I think I’ll stick with games.

What do you want people to know about you?
I love talking with the community so feel free to send me a message on twitter or social.bioware.com. I can’t reply to everyone but I read every message that is sent my way!