In this week’s Facebook Friday update, we have profiled Jesse Houston from the Mass Effect team. Interesting fact: Jesse didn’t want to let me take his picture for the update as he is growing his mustache and beard out for Movember. However, I convinced him to give us one picture (for those curious, the lovely baby on his monitor is his 4 month old daughter) as our fans want to know what our staff look like in case they meet some day. 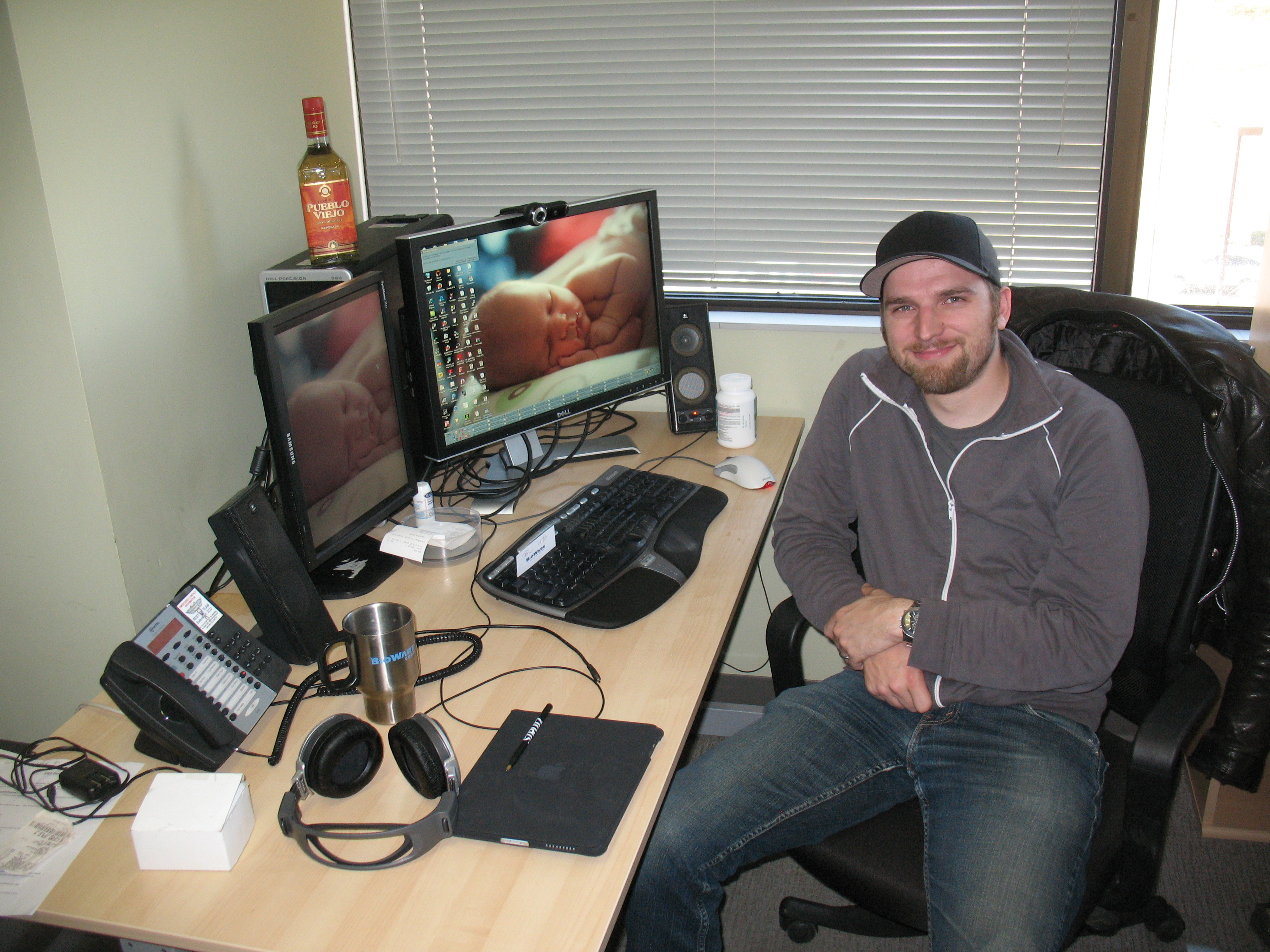 Where are you from?
Vancouver, British Columbia, Canada, EH!

Hunt for Red October – <chomp chomp> I’d give us, one chance in three, <chomp chomp> Sean Connery taught me everything I ever wanted to know about leadership in one two hour movie

Favorite TV:
I’m totally addicted to Big Bang Theory and How I met your Mother!

Favorite books:
Neuromancer – Gibson is absolutely brilliant, there is no better author in the world to me.

Favorite pizza toppings:
Pierogies with sour cream and cheese! I discovered this pizza after marrying my wife who is from a Ukrainian family.  Awesome! Trust me, try it!

Job or title at BioWare:
I’m a Producer on the Mass Effect Franchise.

How long have you worked for BioWare?
3 Years

What does a “producer” actually do:
I get coffee for the developers. In actuality I’m the front man for the team.  I’m a mix of leader, spokes person and responsible for the day to day activities of about 50 people.   Let’s say that a project needs ‘doing’, the Executive Producer will come to me, have me build a team, create the schedule and lead the team through the various development phases until it goes to market. This means that I am one of the Executive Producer’s right hand men.  I am responsible for Mass Effect 2 PS3 as well as the various other versions of Mass Effect 2 still in development.  I am also responsible for the GUIs for the franchise and a bunch of other unannounced things!

What is your average day like at the office?
I usually arrive before most of my team, grab a cup of coffee, and catch up on emails from the night before from the various studios around the world.  From there, we have our morning ‘stand up meetings’ where the teams all get together and talk about what was accomplished the day before, what they hope to accomplish today and highlight any issues that myself, my leads or other members need help unblocking.  From there, I meet with the rest of the production staff of the franchise and give a similar update.  Then it’s pretty free form with a mix of meetings, planning, documentation and content approvals depending on where we are in a given project.

Favorite BioWare moment Game related/thing you are most proud of at BioWare:
This will sound very minor, but the face code system in Mass Effect 2 is a personal pride thing.   It was the first system I personally designed and drove into development very early in ME2.  It’s also only there for our fans and they made a fantastic website to trade codes (http://www.masseffect2faces.com) which is really wicked to see!

Favorite BioWare moment not game related:
I had a fan come up to me at GamesCom last year and thank me for touching his life in a meaningful way with our stories.  It really opened my eyes to see how much of an impact we have on our fans and drove me to continue to push myself to make even better games for our customers!

What do you do to relax/do you have any hobbies:
I ride a chopper (and sometimes have the handlebar mustache to support it), I’m a street photographer as well as a Warhammer Fantasy and 40k fanatic. 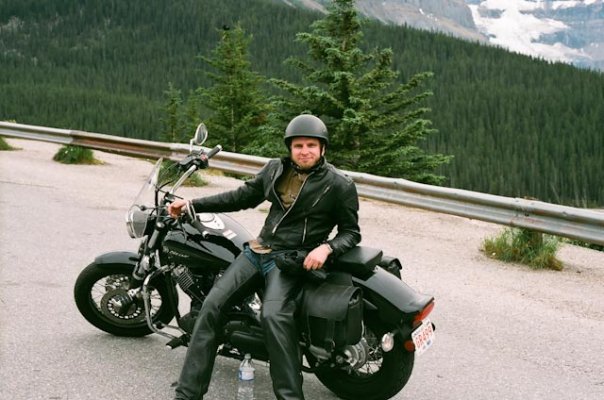 What game are you losing sleep for right now (that you are not working on)?
Minecraft has stolen my soul.  As well I’ve been playing a lot of Civ 5 and Torchlight.

What is the most “nerdy” thing about you?
I secretly play board games like Carcassonne, Arkham Horror and Puerto Rico

If you didn’t work in video games, what would you be doing?
I originally was going to school to be a Nuclear Physicist but realized I wanted to do VFX for games (which led me to where I am now).  So I would probably be working at the TRIUMF lab blowing up particles for fun if I wasn’t doing this.

What do you want people to know about you?
Hmmm, to be honest, no idea.