Well, for me, PAX East in Boston Mass kicks off the start of the Convention season. I know for industry types it is usually DICE or GDC, but for me as a Community guy (and huge nerd) I prefer the fan oriented conventions. In the past, BioWare has had a great time at conventions like Koln GamesCom, Gen-Con, and Fan Expo Canada, but probably the biggest each year is PAX.

PAX, for those who don’t know, is the Penny Arcade Expo which takes place annually in Seattle Washington. It was founded and run by Gabe & Tycho of the Penny Arcade webcomic and a huge army of volunteers who make it the place for fans of gaming to go each year. This year, for the first time, they have taken PAX from it’s home in Seattle (usually in late August/early September) and have taken it to Boston on the East coast, bringing it to a whole new audience. 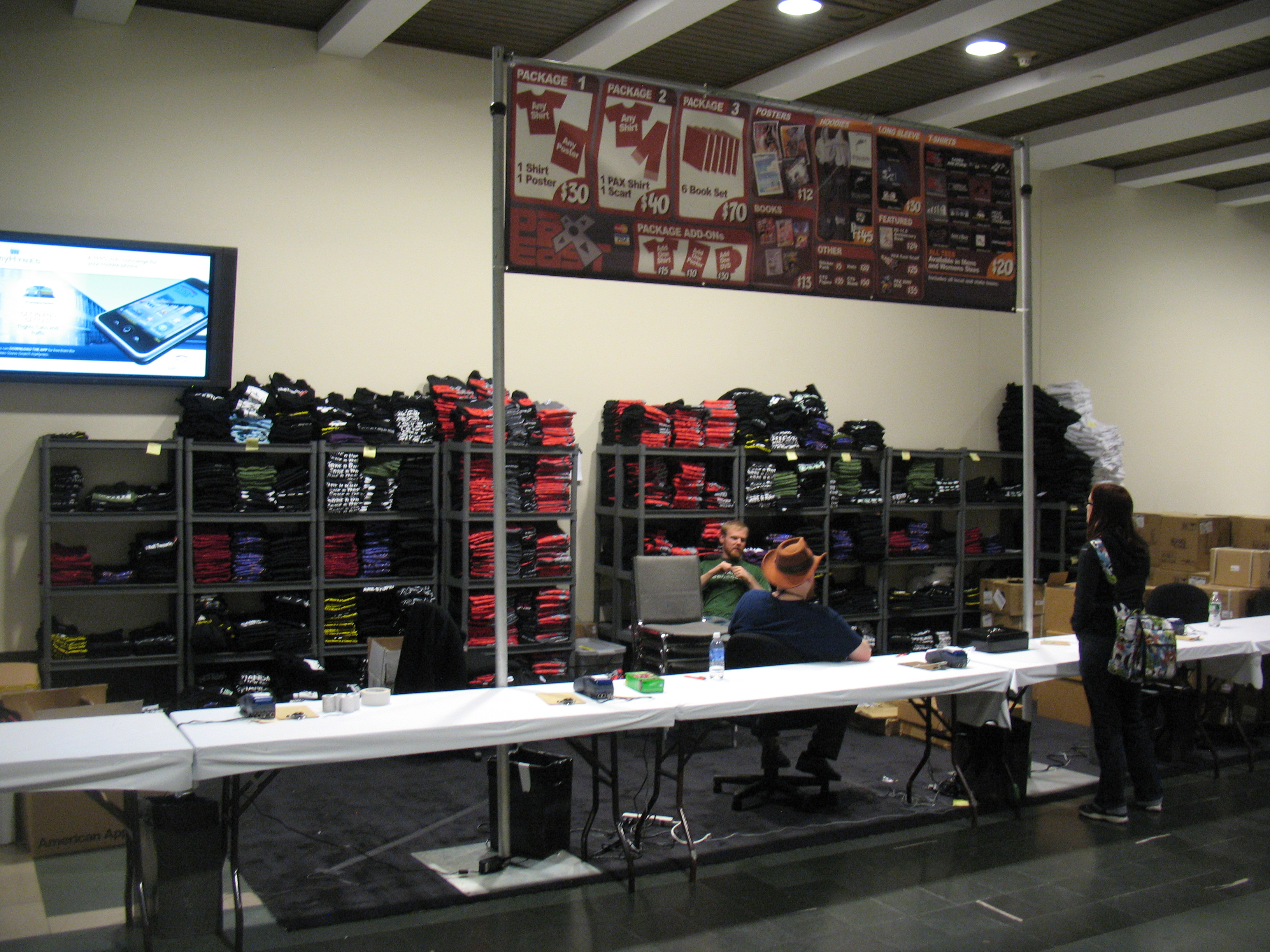 PAX is a great time for video gamers, Magic Players, board gamers, P&P gamers and fellow enthusiasts (basically nerds, and I use the term lovingly as I am one myself). Many awesome and huge names come out to show off their upcoming games. This year I have seen EA (with APB, Skate 3 and Dante’s Inferno), Turbine, Rockstar and many more. Also smaller independent game developers bring out their products to get noticed. There are merchants selling board or card games, tech companies like nVidia and Intel showing off their latest hardware and fans all over the place. There are areas of the Hynes Convention Center set aside for people to bring their own PCs, people who play hand held games, areas for table top gaming, etc. Basically, if you are a gamer on the East Coast, you should be coming out to PAX. 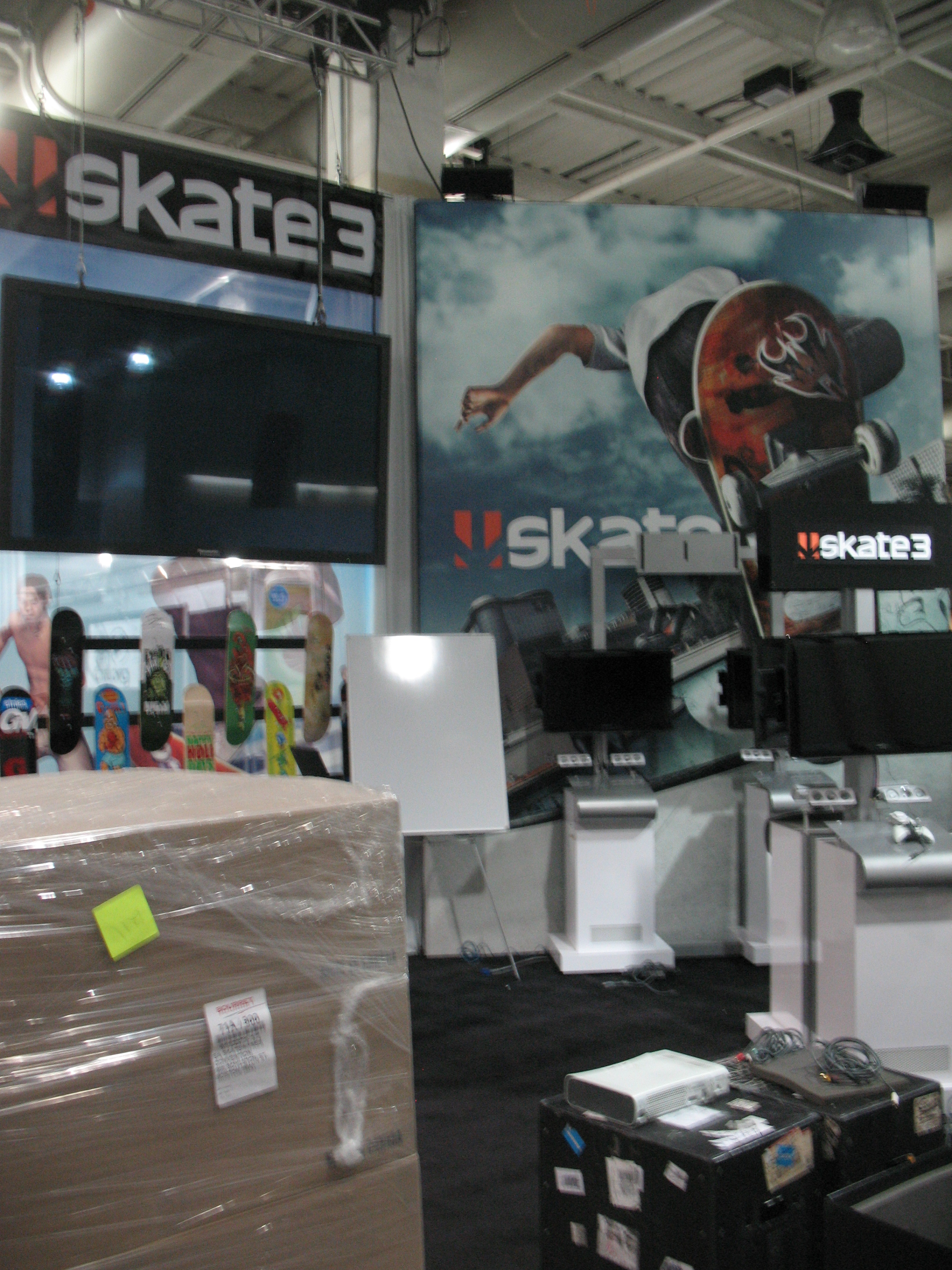 Now this year, BioWare doesn’t have a booth. Since we have already shipped Dragon Age: Origins and Awakening as well as Mass Effect 2, it just wasn’t possible for us to have a major booth (they are pricey things once you add up cost to make, shipping, equipment, staffing, etc). But even though we aren’t there with a booth, I made it my mission to attend anyways. Even though I have been to the past 3 PAXs on the West coast, I am usually tied up at whatever booth we have running and don’t really get much time to see the convention or get to meet with fans. So this year, I am attending for the fun of seeing the show. I plan to take in game demos, watch some of the panel discussions, meet BioWare fans (there are lots of people running around in ME2 hoodies or DAO t shirts) and generally take in the show as a fan. Now I will e handing out Swag items to fans who find me. I will be tweeting my locations throughout the show and the first person to find me will get some cool BioWare swag just for following our biofeed on Twitter.

The pictures in this blog were all taken during set up. I’ll blog again tonight or tomorrow morning (depending on how late I’m out till as PAX doesn’t end till around 2 each morning) with Day 1 impressions of the fun and madness that is PAX East. The line below may be empty now, but it will be PAXED later. Get it? Packed? PAXed? *sigh* Nevermind. See you in Boston. 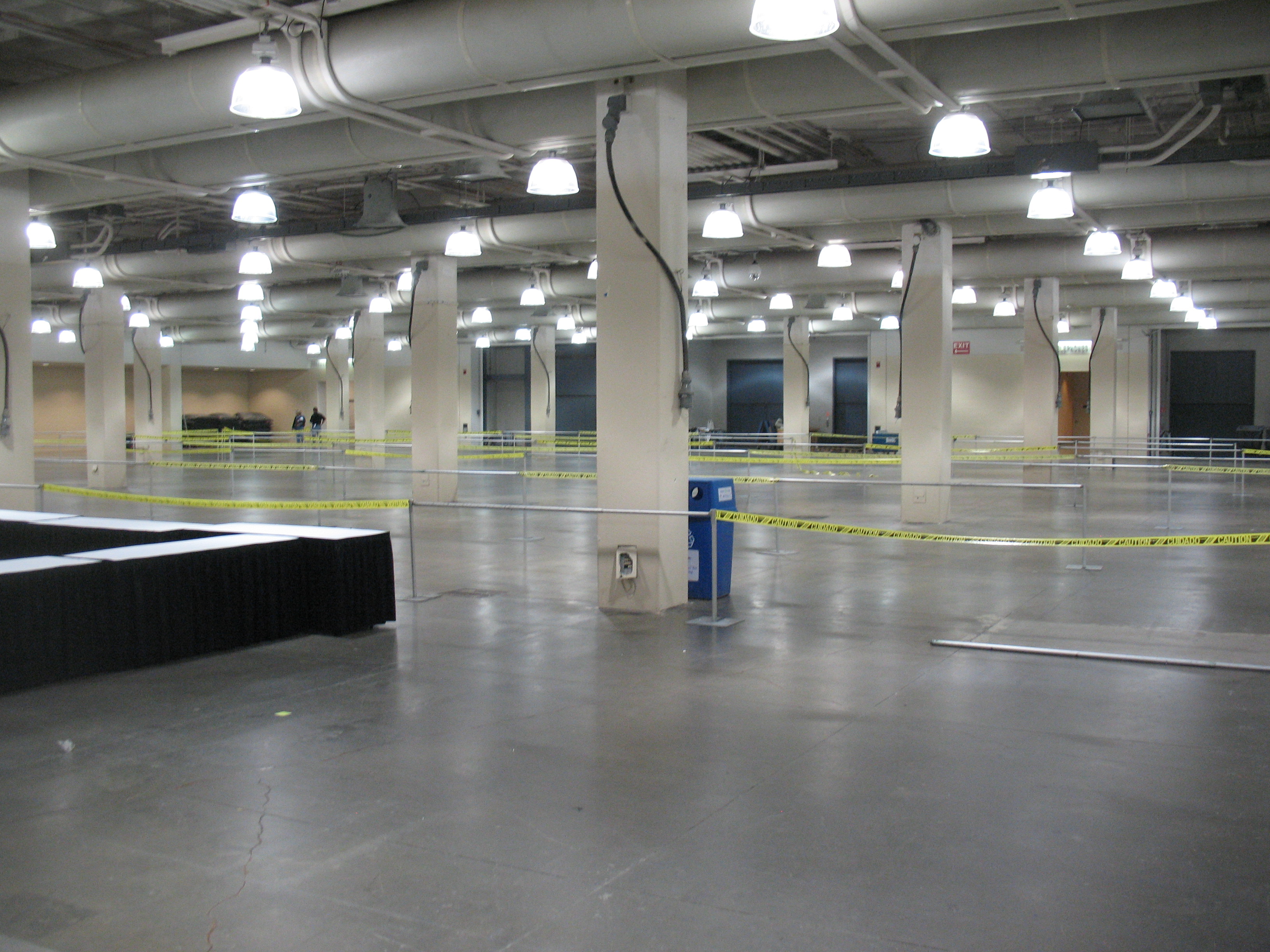