Part 1 of 2 by Evil Chris Priestly

Well, it is the end of the first day of Gen Con here in Indianapolis Indiana and, like any good adventurer after a hard day’s toil, I have ventured to a local tavern where I can regale you with stories of my adventures.

Gen Con, for those who do not know, is the largest gaming convention in the United States and this is its 40th anniversary. 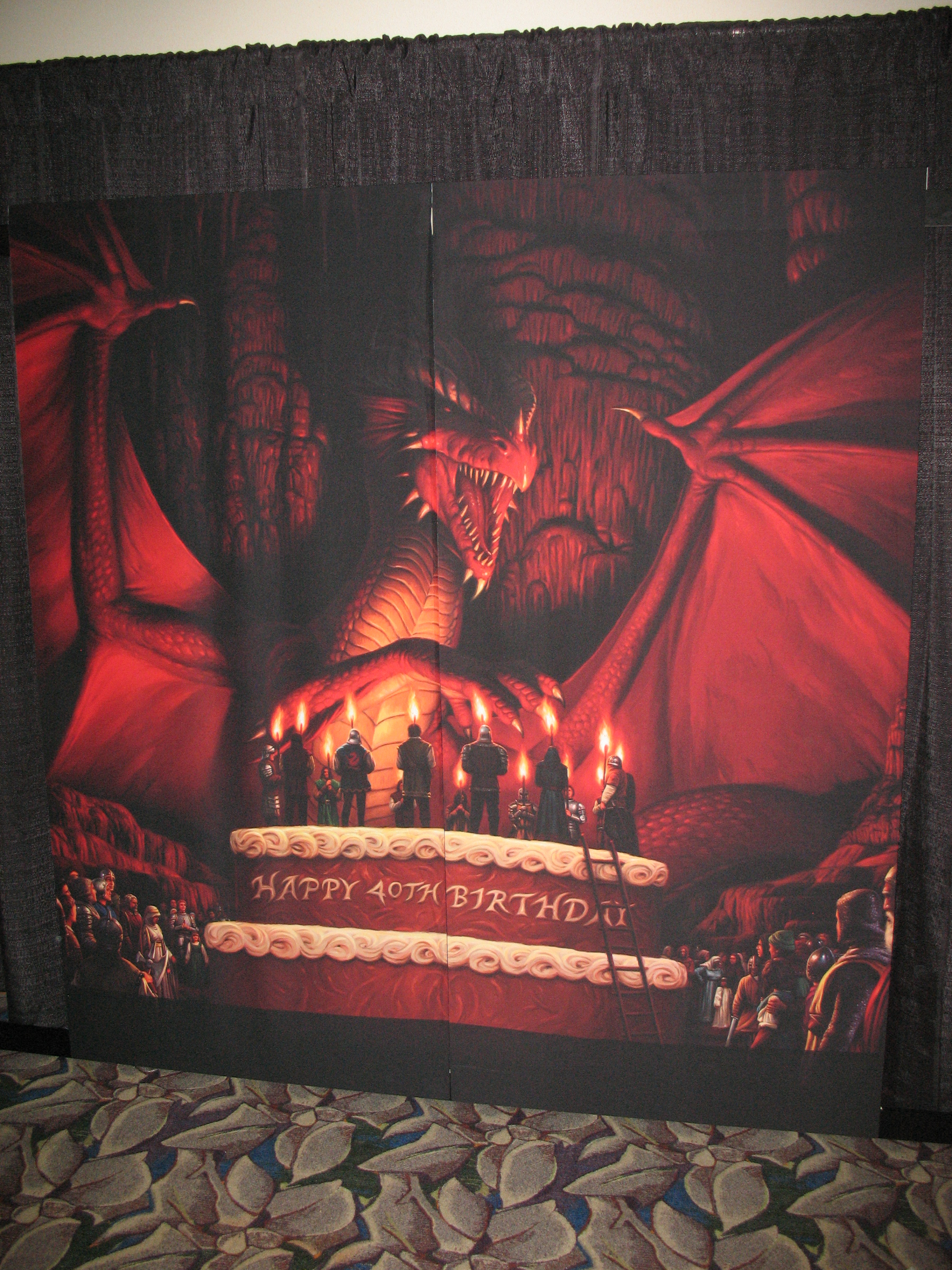 Sure, there are conventions that are larger for video games (like E3 or the upcoming PAX conference in Seattle), but I think it is the largest convention dedicated to gaming in North America. There are all sorts of games here; board games, dice games, live action role playing, card games, miniatures and, luckily for BioWare and EA, a growing segment of video games. The video games here try to fit in with the audience, so BioWare has sent our next great Fantasy RPG, Dragon Age: Origins for fans to play. There are other great games here as well like Dante’s Inferno and Warhammer Online, but I think we are the game that best fits in with the convention attendees. All of whom are gamers, fans of fantasy and, like me and the rest of the BioWare team, huge nerds who love the games we play.

We knew Dragon Age: Origins would be a great fit for the con, so we created a booth where we can allow fans to try out the PC and Xbox 360 versions with hands on game play. We also have a stage where we are doing combat demos as well as toolset and story presentations. 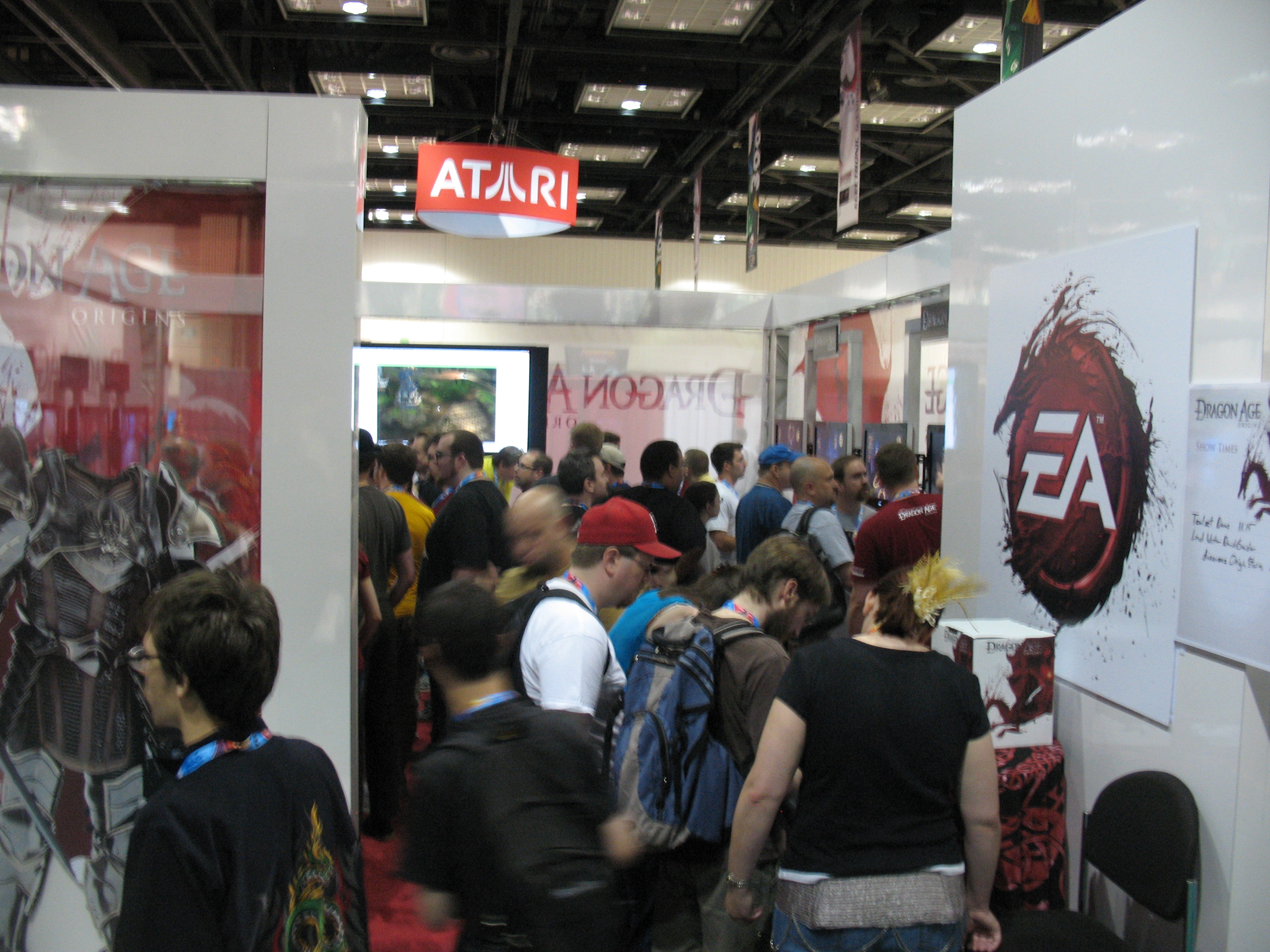 So far, things are going almost perfectly. The booth and Dragon Age: Origins are a huge hit with the crowd here. People love the game, David is giving interviews to press, we get to meet and answer fan questions on the game and we’re having an almost perfect time. Almost perfect? Yep, well, there are always a few small issues when you attend a convention. For example, all of our swag is missing. We hoped to have the inflatable swords we gave out at Comic Con here, but they are missing (hopefully they’ll come tomorrow). Also, during set up, we realized we didn’t have internet to authenticate our PC installs. Fortunately, our good friends at Mythic are here showing Warhammer Online and thanks to Bob, Jordan and the rest, we borrowed some internet to get the job done.

What are the things I’ve seen that impress me so far? Well, the Dante’s Inferno booth next door to us not only has an excellent hands on demo, but also a supercool statue of Dante

We also had a fan of Mass Effect stop by the booth in an amazingly detailed Liara T’Soni costume. She had the detail down perfectly even going so far as to create her pistol. Those, along with how well the game is going over with fans are the definite highlights so far.

I’ll be back later on with another GenCon update and later, a blog about heading of to Games Com in Koln Germany, which is the next destination for BioWare this summer on our Summer Convention Tour. In the mean time, make sure you follow us at biofeed on Twitter and check out our convention pictures on the Community Flickr account here: Flickr Now it is time for bed or, as I like to say, Evil Chris needs sleep badly. Blog at you later.