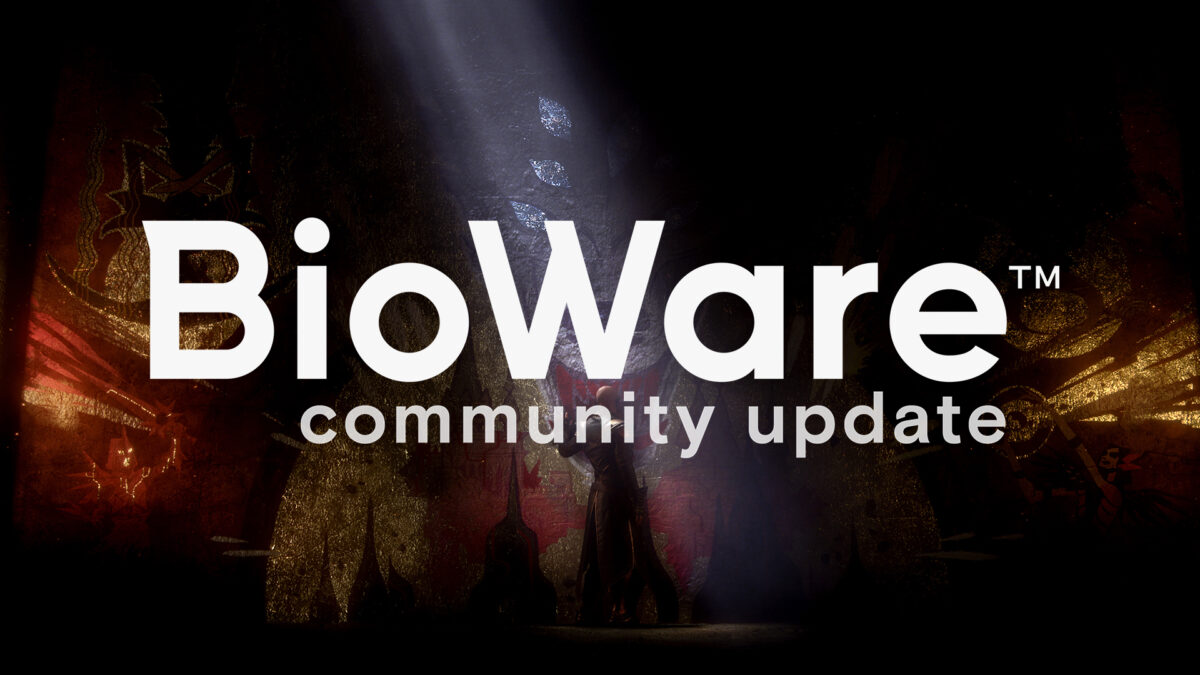 We’ve talked recently about how we want to further pull back the curtain for a more transparent look into the process of making the games you love. So, as part of that mission, we’d like to welcome you to the new BioWare Community Update! This is a place for you, the BioWare community, to learn about the work we’re doing behind the scenes, to learn about the people doing that work, and even where you can learn about other members of the community.

You’re going to find a few new types of posts in this space, including a series called Developer Stories, where you’ll learn all about the people who make our games and the different roles they play. We’ll also provide dispatches in the form of Community Updates, where we’ll highlight contributions from the community, answer your questions, and keep you up to speed on what’s going on with our games. (You may notice that you’re reading one of those right now. Hello!) Stay tuned for more!

So let’s get things started by meeting two of our colleagues who are heading up two different areas of development for the next Dragon Age™.

Gary (he/him) recently shared a State of BioWare post highlighting some of the folks who will be leading the Dragon Age team: Corinne Busche (she/her) as game director, Mac Walters (he/him) as production director, and Benoit Houle (he/him) as director of product development.

In addition to this talented group, we want to (re)introduce you to two more people working on the game who you should know: John Epler (he/him) and Maciej Kurowski (he/him), who have both been working on the next Dragon Age game since its early days of development.

Maciej, the Dragon Age franchise’s technical director, joined BioWare almost six years ago and has spent over 13 years in the industry. John’s been at BioWare for close to 15 years; he’s worked on multiple BioWare titles and took on the role of creative director for Dragon Age last year.

For more about John and Maciej after you learn a bit about them here (as well as lots of other folks on the Dragon Age team), be sure to keep an eye out for our upcoming Developer Stories blog series, starting this week!

Let’s start with you, John. Can you share with our community what exactly a creative director does?

And what about you, Maciej? A technical director is in charge of all the tech for the game, right? How does what you do impact what the players see?

Anything else you’d like to say to the fans at the moment?

In each of these posts, we’d like to devote some space to celebrating the awesome stuff you all do. Whether that’s art, videos, clips from a livestream, or anything else that’s creative—or meaningful to you!—we’d love to give you a spotlight.

While we wait to see your creations, here are a few we’ve loved so far this year. Be sure to check out the artists and give them a follow.

We’re working on more than just Dragon Age, too. Our team is continuing to work on Star Wars™: The Old Republic™ and its recent Legacy of the Sith expansion, so be sure to check out the SWTOR website for more details about what’s coming! There’s also the next game in the Mass Effect™ universe, which is now early in development. It’s going to be a while before we can talk about it in more detail, but we can’t wait to show you what we’re working on!

But of course, scrolls are being inked for a new tale across the lands of Thedas and beyond. We know we’ve said it before, but we really are excited to share more about our next game when the time is right. Until then, we’re keeping our heads down and focusing on making your next big adventure the best it can be.

Talk to you soon!