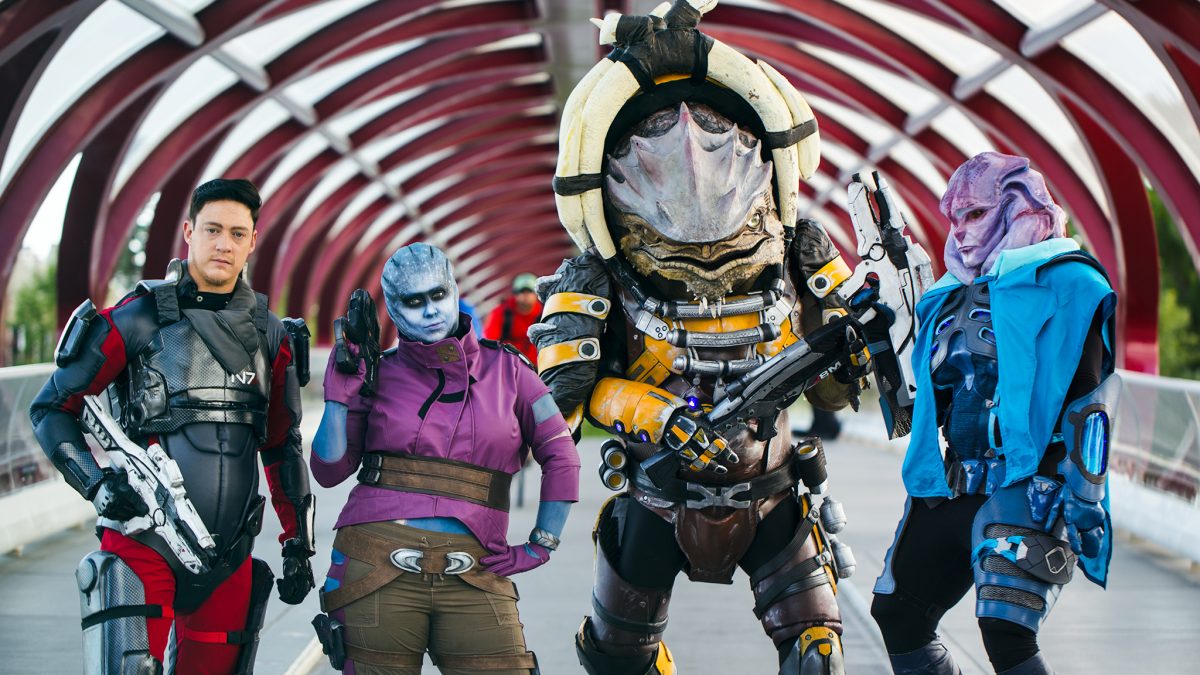 What’s better than one cosplayer? Four of them, cosplaying as members of the Andromeda squad.

We love seeing all kinds of cosplay. But when we heard that Calgarians Adam, Liz, Laura, and Juan were group cosplaying as Ryder, Jaal, Peebee, and Drack, we were eager to organize a shoot. We met up, took some photos, and talked about what went into cosplaying as four of Andromeda’s most colorful characters. 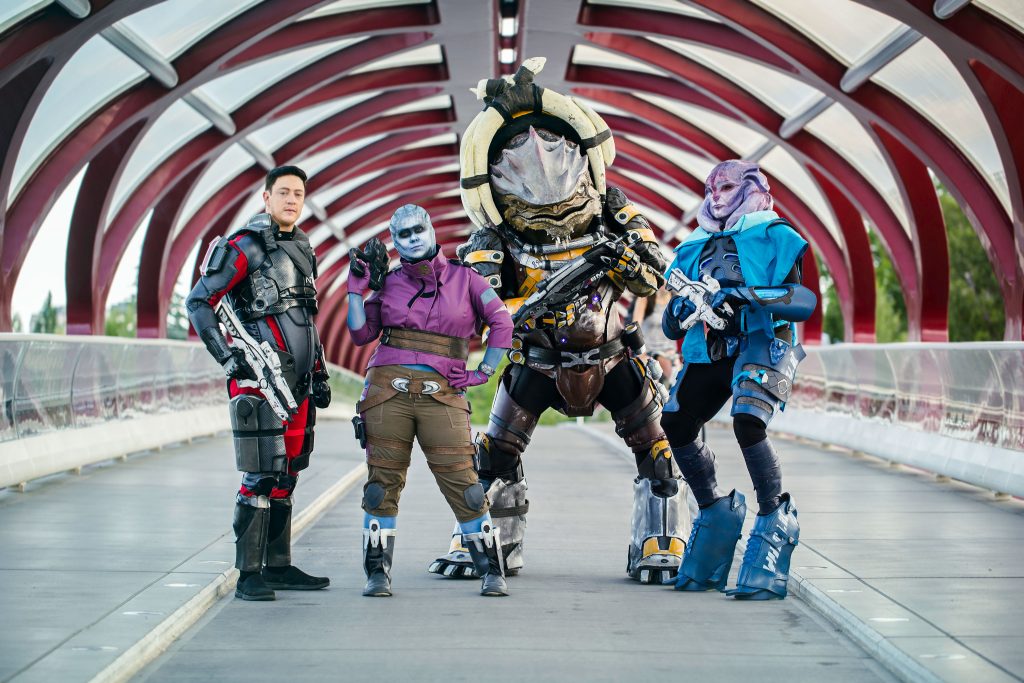 Tell us about your cosplay group.

We all came together over our shared love for the Mass Effect series. When we heard a new game was in the works, we knew we had to make something. Adam (our Pathfinder), reached out to everyone with his crazy idea to make a Mass Effect: Andromeda group before we had any reference pictures. We have all been cosplaying separately for several years, but this was our first cosplay as a group.

How did you work together for this build?

We all came to the group with different strengths and weaknesses, which benefitted us greatly. Having people who excel in armor making, crafting props, creating prosthetics, and sewing, all in one group, really helped ensure all of our costumes were something we were really proud of! It truly was our shared passion and team effort that allowed us to complete this group in 90 days.

Have you received any attention?

We were honored to take home Best in Show at the 2017 Calgary Expo. The support and love we have received from our local community of cosplayers and fellow Mass Effect fans has been astounding.

Why did you choose to cosplay as Ryder, Jaal, Peebee, and Drack?

Adam (Ryder): To be honest, I was first drawn to the Pathfinder armor. This was before we knew who was wearing it or any details about the game at all! When I found out that that it was Scott Ryder and not some N7/Spectre gone rogue I was ecstatic! I love cosplaying the hero, so my choice to be Ryder was only natural. 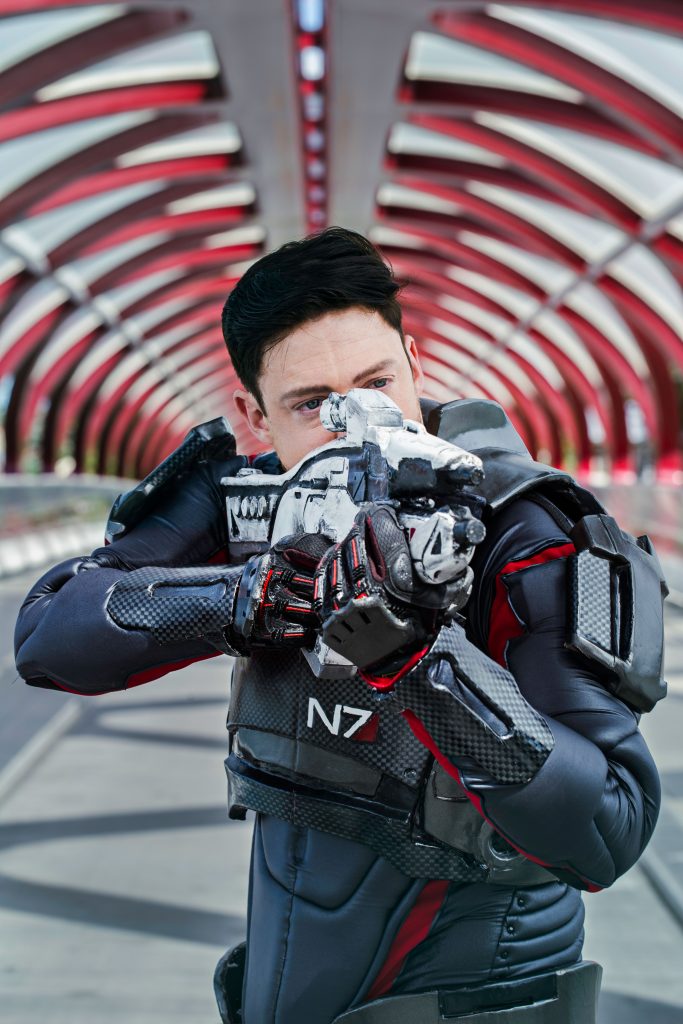 Liz (Jaal): I adore creating non-human costumes. I take a lot of pride in trying to recreate characters and creatures that don’t exist and bringing them to life! Jaal seemed like a perfect fit. He was new, his design was very challenging, and his awkward personality and overflowing emotions were very relatable. 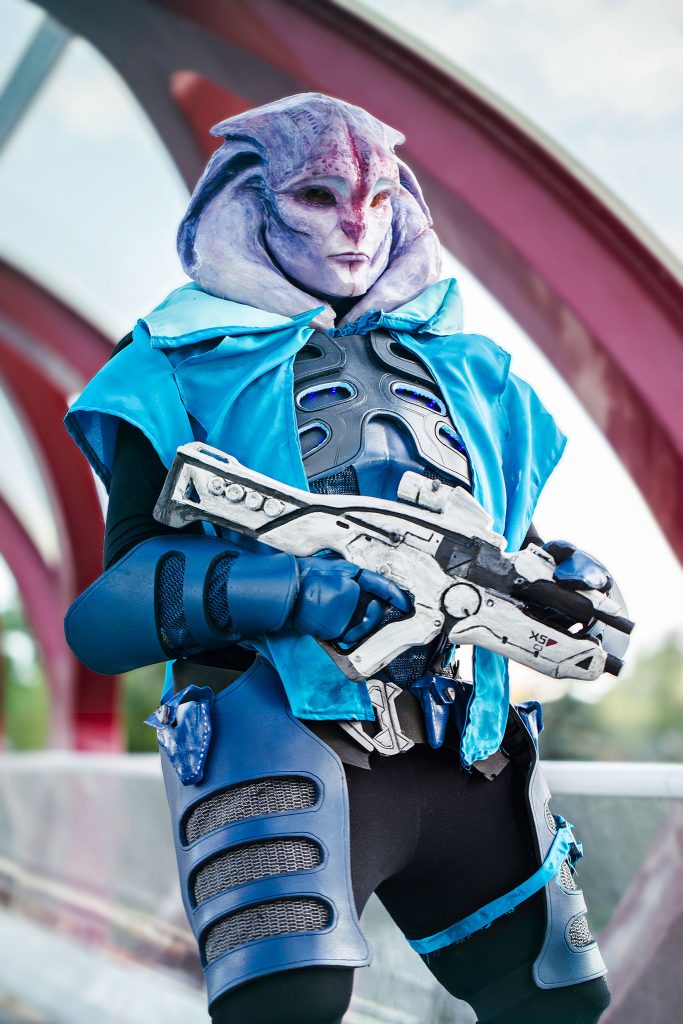 Laura (Peebee): Peebee was my first choice when she was revealed. She is fun, bubbly, and a little weird, and since I was comfortable being an asari before (Aria T’Loak) it seemed like the right fit! Being able to revisit the asari and have our friend and pro makeup artist Ashly McKessock run her original Aria cast again gave Liz and I the time to focus on Drack and Jaal. We specialize in monsters and masks, and with these three characters, we needed as much time to get them as perfect as possible. Choosing Peebee was strategic as well as desirable. 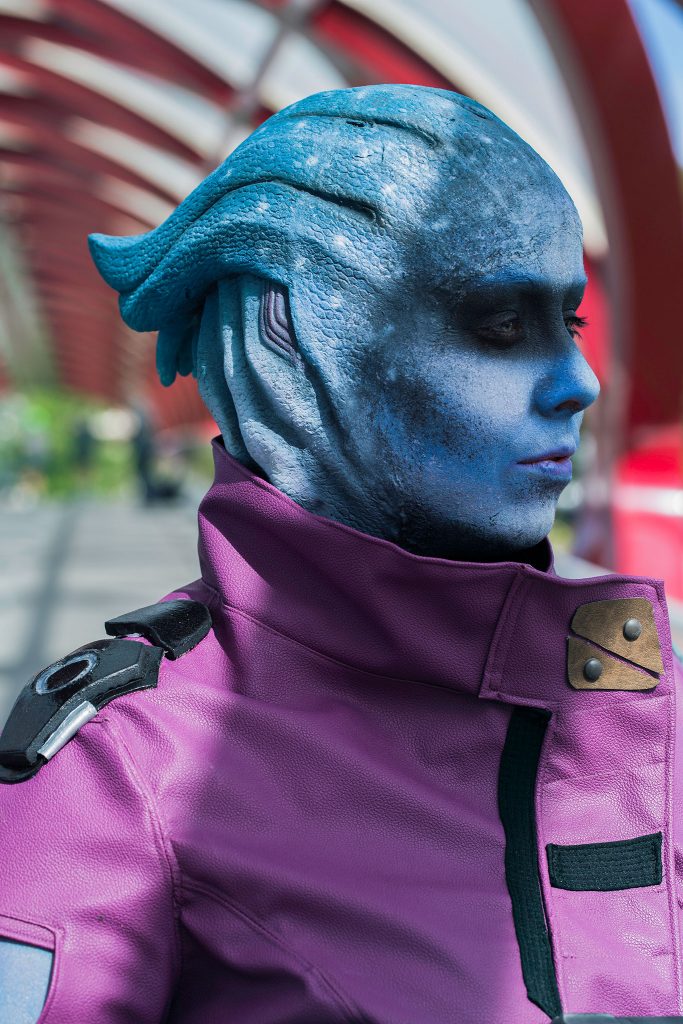 Juan (Drack): Drack is an amazing character. He’s also a big character. I have always steered towards larger than life costumes, so I thought it was a good fit. His character is also loyal to the squad and acts honorably towards the humans, which I find relatable and speaks to me. 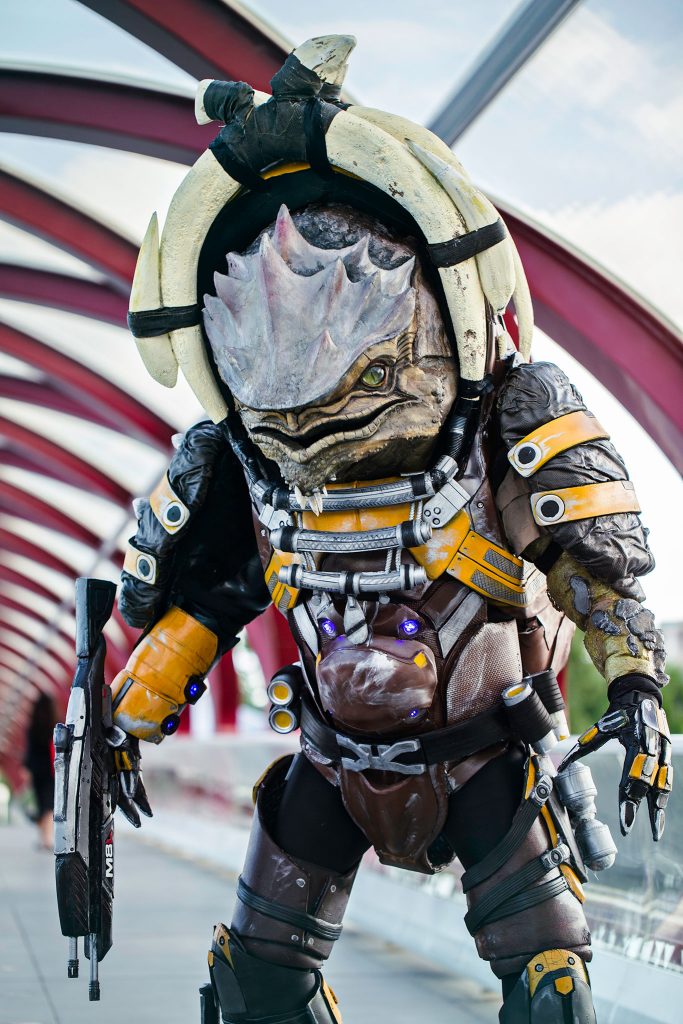 We’d like to thank Adam, Liz, Laura, and Juan for their creativity and talent in putting their cosplay together. Check out their pages here: