Imagine that you’re sprinting across Firebase White during a Mass Effect 3 multiplayer session. Wave after wave of Reapers fall at the hands of your friends and an unknown N7 Slayer. Now imagine that several months later, you’re walking down the aisle, about to marry the person behind that N7 Slayer. For Jameela Cameron, that’s exactly what happened. 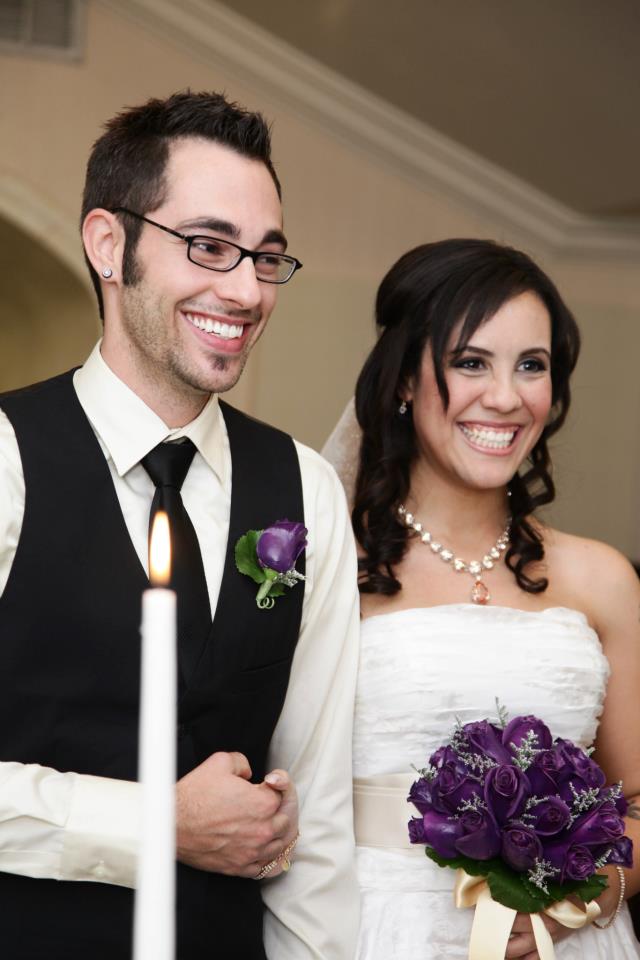 Jameela still clearly recalls the night of April 13, 2012. She received an invitation to play Mass Effect 3 with her friends Sean and Estevan, but wasn’t really in the mood. After some consideration, she decided to join them.

A couple of games later, another player joined their session: Tyler, a mutual friend of Sean and Estevan. “I was really quiet at first,” Jameela remembers. “I figured he’s probably a friend of theirs, but I didn’t want to talk.”

Tyler, on the other hand, had no problem breaking the ice. After engaging in a deep discussion about Mass Effect lore with the group, Tyler joked about their having nothing better to do on a Friday night and mused, “Man, we are, like, undateable.”

Little did he know that it was his sense of humor that first attracted Jameela. “I liked the fact that he could make fun of himself,” she says. “He was obviously smart, and he was very witty.” 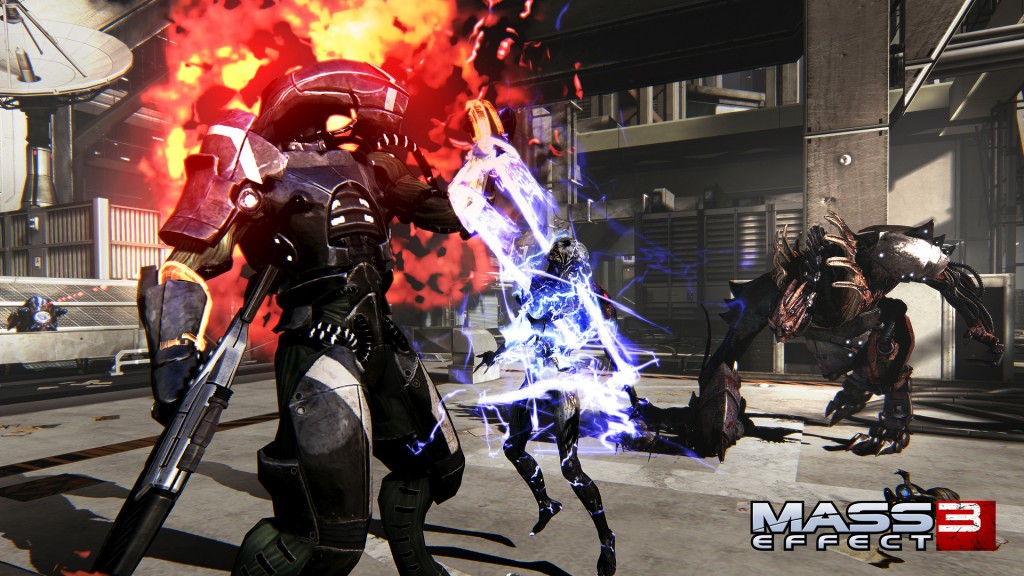 Picking up on the brewing chemistry between his two friends, Estevan seized the opportunity to play matchmaker in between waves of Geth Primes and Rocket Troopers. He encouraged Jameela to connect with Tyler through Facebook and sent them each text messages of praise about the other.

The two bonded quickly, and it wasn’t long before Jameela made the first move. She started signaling her interest by always being the first to revive him after he fell in battle, a luxury she did not extend to her other teammates. Eventually, she came right out and told him he was “gorgeous.”

“I don’t know what came over me that night,” she laughed. “That is not how I normally work.”

The two played until the sun came up the next morning, leading to a discussion about their options. A month later, Tyler and Jameela met in person and knew they wanted to be together. Unfortunately, a Harbinger-sized roadblock stood in their path: over 2,000 miles of distance.

As luck would have it, plans were already in motion for Tyler to move back to Michigan, a six-and-a-half hour drive from Jameela’s hometown of Milwaukee, Wisconsin. In the meantime, overcoming time-zone differences and conflicting schedules put a lot of pressure on the young couple. They combatted those challenges with Skype video chats, playing co-op games, and texting. 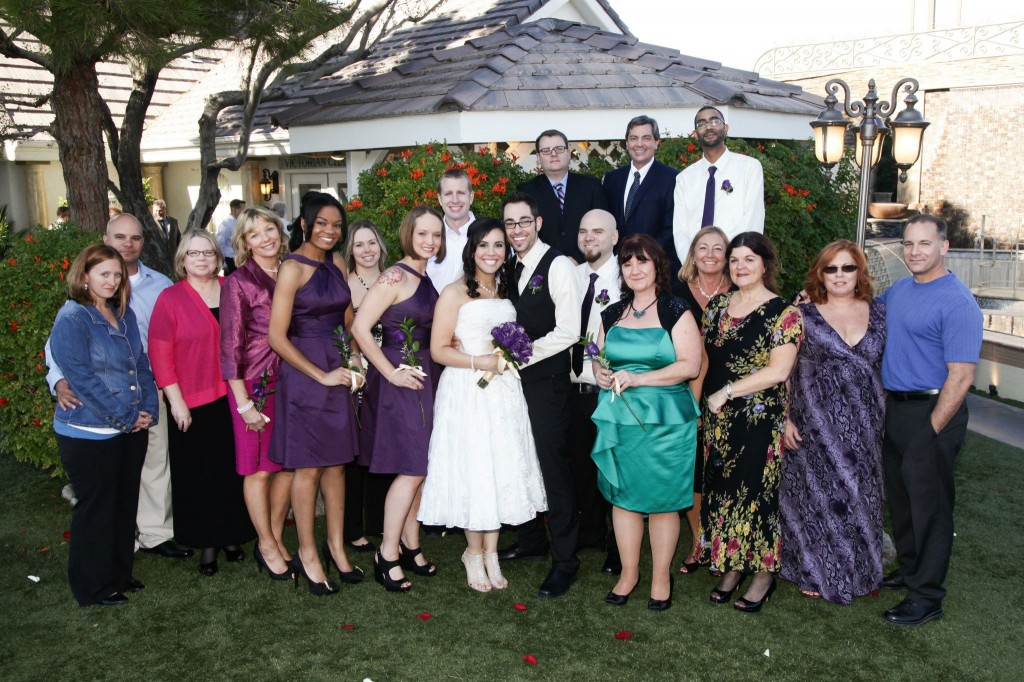 Tyler proposed to Jameela on June 22, 2012, and they set a wedding date of October 26—news that their friend Sean took to PAX Prime later that summer. While visiting the BioWare Base, Sean met lead editor Karin Weekes and shared the couple’s story.

“Sean is the nicest person, and I was so touched that he took the time to come and talk with me and tell me Tyler and Jameela’s engagement story,” Karin said. “It was the coolest feeling to have been a tiny part of the stage for the early part of their relationship (plus, I’m a complete sucker for weddings). When Sean told me their favorite characters were Garrus and Tali, I thought, ‘OK, we must have a screenshot of the Tali/Garrus hookup scene somewhere…’ Back at the studio, I tracked one down and got it printed out—the team loved the story, and everyone was really pleased to sign and send the poster to Tyler and Jameela (through Sean, the best best man ever!) for their big day!”

The gift arrived at their hotel just in time for the wedding and now hangs above the TV in their living room. 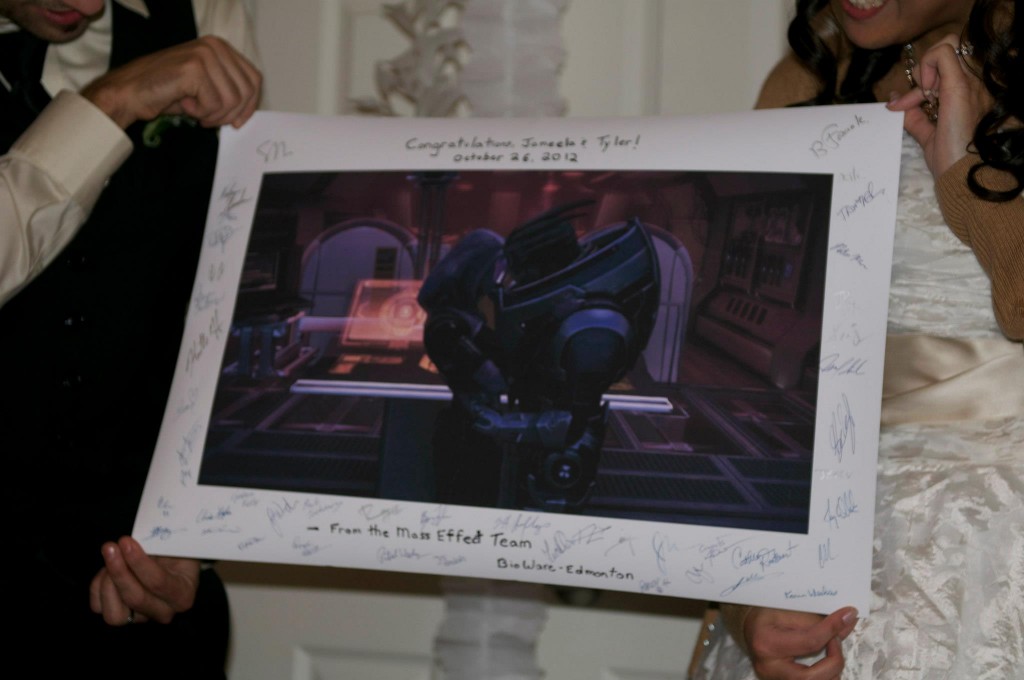 Twenty of their closest friends and family attended the wedding that fall. Jameela walked down the aisle to Sam Hulick’s “I Was Lost Without You” (she also had the song title engraved on Tyler’s wedding ring as a surprise). For the reading of vows, they selected the accompaniment of “I’m Proud of You,” also written by Sam for the Mass Effect 3 soundtrack.

In preparation for PAX Prime in 2013, the couple got Mass Effect tattoos, paying homage to how the series had affected their lives. For Tyler, Garrus was an obvious choice. “In the Mass Effect games, I always took Garrus with me in my party,” he said. “He was a symbol of true loyalty and friendship.”

Jameela identified with Tali’s loyalty to her father and her people, even in times of disagreement. She also appreciated the quarian’s “nerdy” side, as she refers to it. “She’s cool. She can handle her own,” Jameela said of Tali. “She’s extremely smart and honorable, and that always stuck with me.” 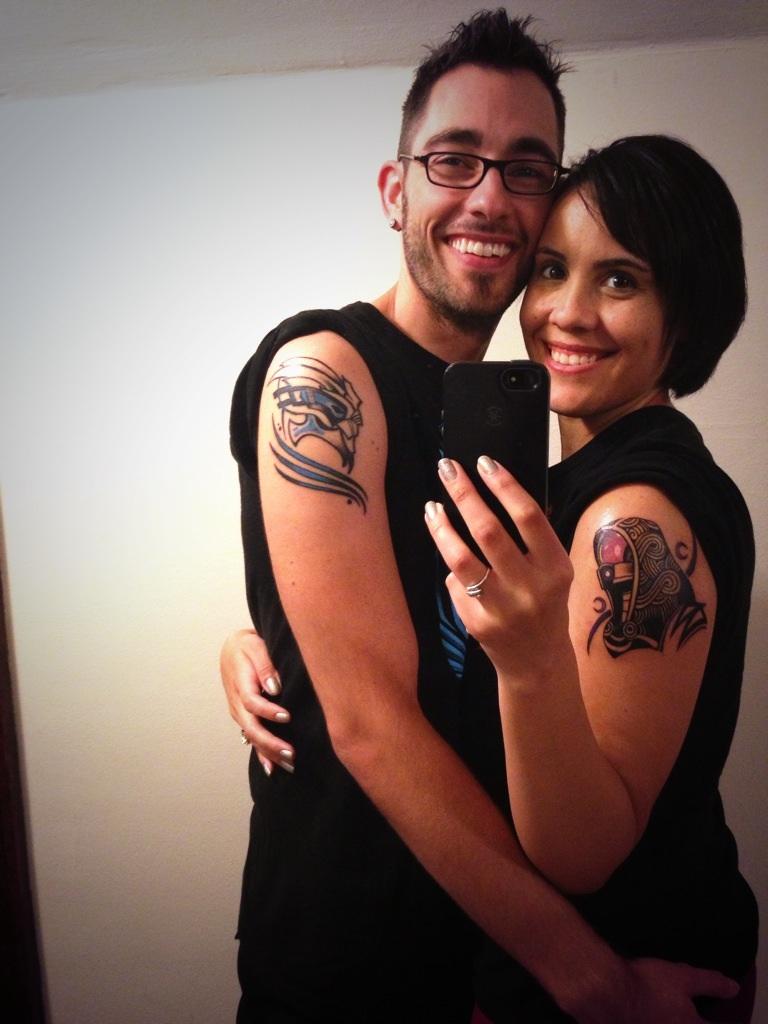 Nearly two years have passed since they first met, but Tyler and Jameela still make time to play Mass Effect 3 multiplayer together. In fact, they plan to celebrate the anniversary of their introduction by getting the original group back together, a tradition they hope to continue every year in addition to their wedding anniversary.