My name is Andrew Ryan, and I’m a freelance artist based in New York City that loves doing fan art for BioWare’s Mass Effect and Dragon Age titles. Here’s how I got into making fan art, why I enjoy it so much, and what my general process is.

I’ve been a huge Mass Effect fan since its 2007 release. I fell in love with its stylistic approach to the universe and with the option for each of us to craft our own individual narrative within the confines of the overarching plot. It reawakened within me the drive to be a more creative person. I’d always loved science-fiction and fantasy art, but I hadn’t really been drawing much since graduating from high school two years prior.

During this particular time in my life I was basically just playing a bunch of video games in my mom’s basement and working menial jobs. Inspirational games like Mass Effect gave me the motivation to start seeking out art schools where I could foster my desire to be creative. After a couple of rejections from other schools, I got into the School of Visual Arts in NYC. It was there, during my sophomore year, that one of my instructors introduced me to Dragon Age: Origins.

Fast forward to 2012 and my senior year of art school. I made the decision that year to go digital rather than traditional. Unfortunately, my classes didn’t offer much in the way of using Photoshop as a painting tool, so I figured the best way to learn was just to paint with it as much as possible in my spare time. I also figured that the best way to keep myself motivated was to paint something I really cared about. In 2012, that was Mass Effect 3.

Okay, so I wasn’t too fond of the original ending and the destruction of the Mass Relays. I wanted to know that my favorite characters weren’t forever stuck on some remote planet, so I started painting epilogue scenarios. I had Garrus and Tali retire to Rannoch, Wrex rejoin EVE back on Tuchunka to lead the krogan to a new age, and Kaidan, my love interest and favorite character, return to the Citadel ruins to search for Shepard. These were my attempts to get the closure I felt was lacking prior to the release of the Extended Cut—which thankfully remedied the business with the relays. 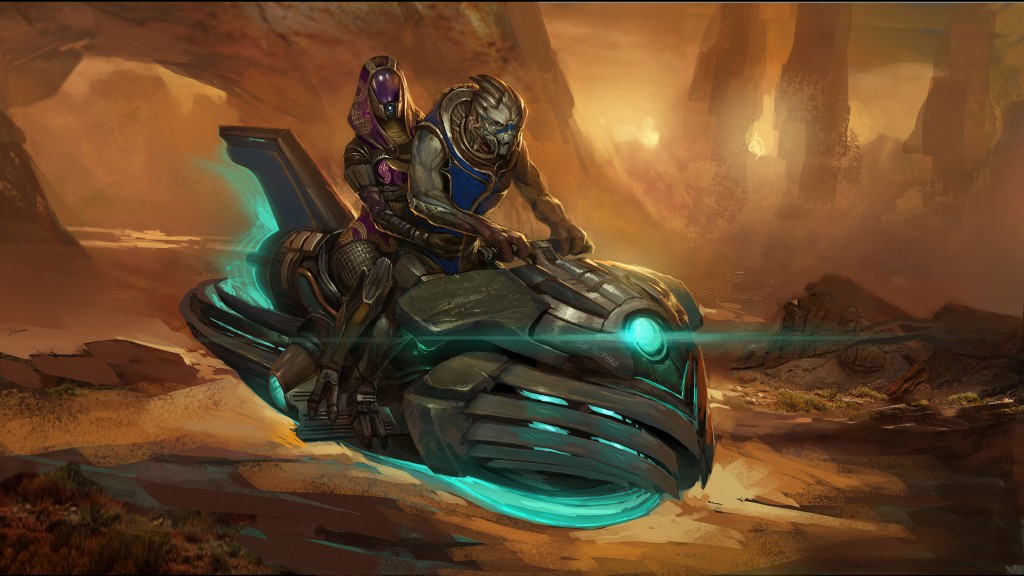 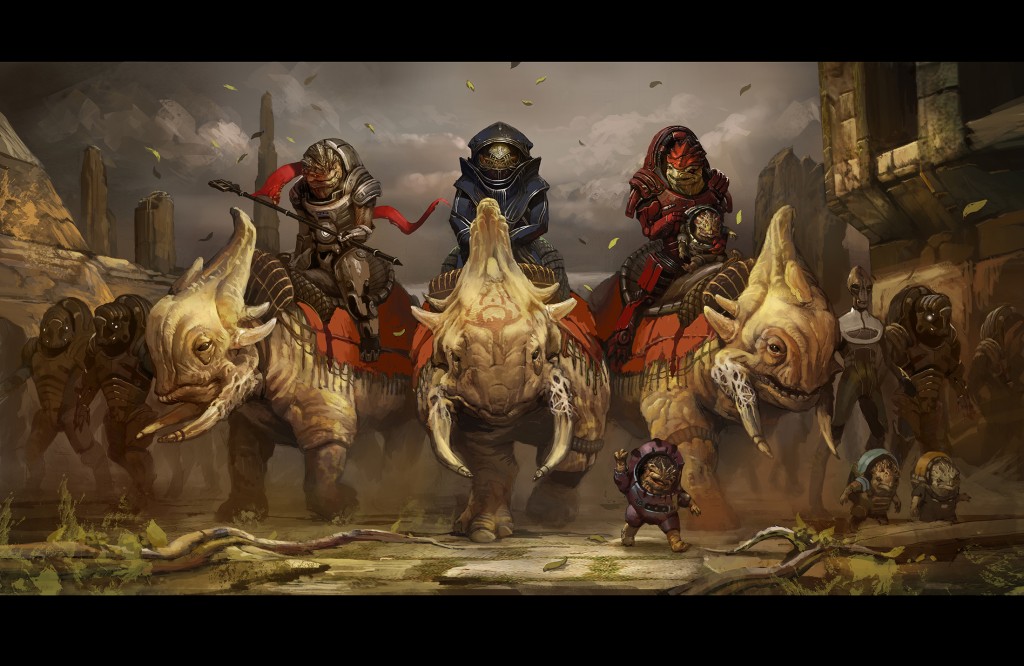 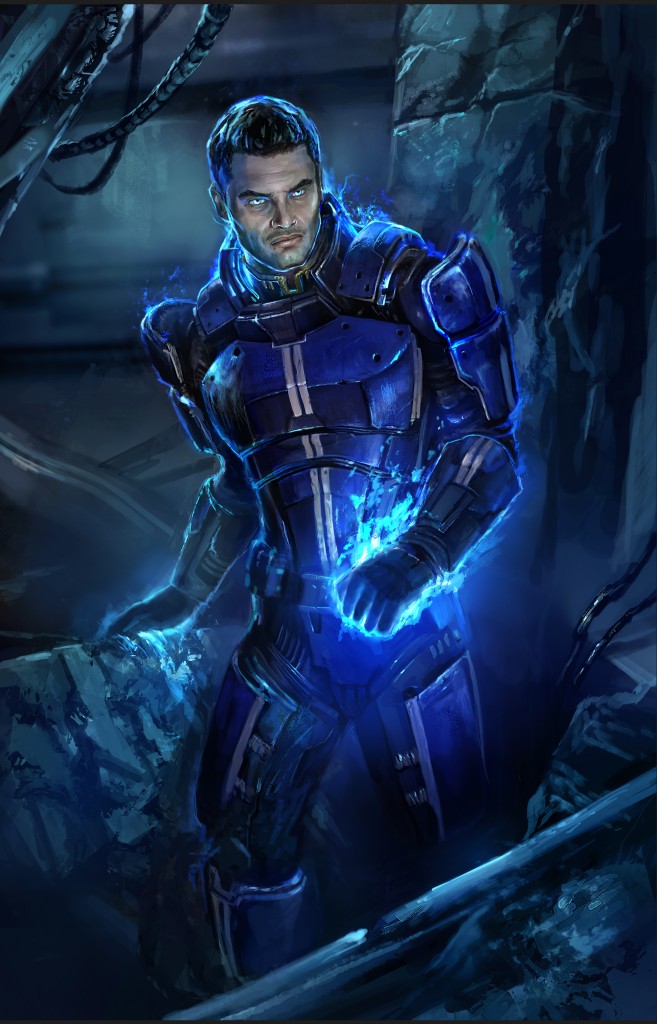 Around this time I also got to thinking how fun it would be to evolve my skillset by depicting some of the hypothetical enemy forces we didn’t get a chance to see during the Reaper War, such as the Reaperized hanar, volus, and drell. Looking back, I’m not too happy with them. I could have pushed them to be a lot more grotesque, but I had a blast making them and enjoyed sharing and discussing my concepts with other fans.

My next fan project, Dragon Effect, was inspired in part by the existing blood dragon armor set that already served as a bridge between the Dragon Age and Mass Effect franchises. I planned to just do Shepard originally, but then I started drawing parallels between the two worlds by comparing biotics to mages and synthetics to golems. This led to rendering almost every Mass Effect character in a DA-inspired outfit. I’m currently working on bringing the Dragon Age cast into the Mass Effect universe, which has been equally challenging and entertaining. 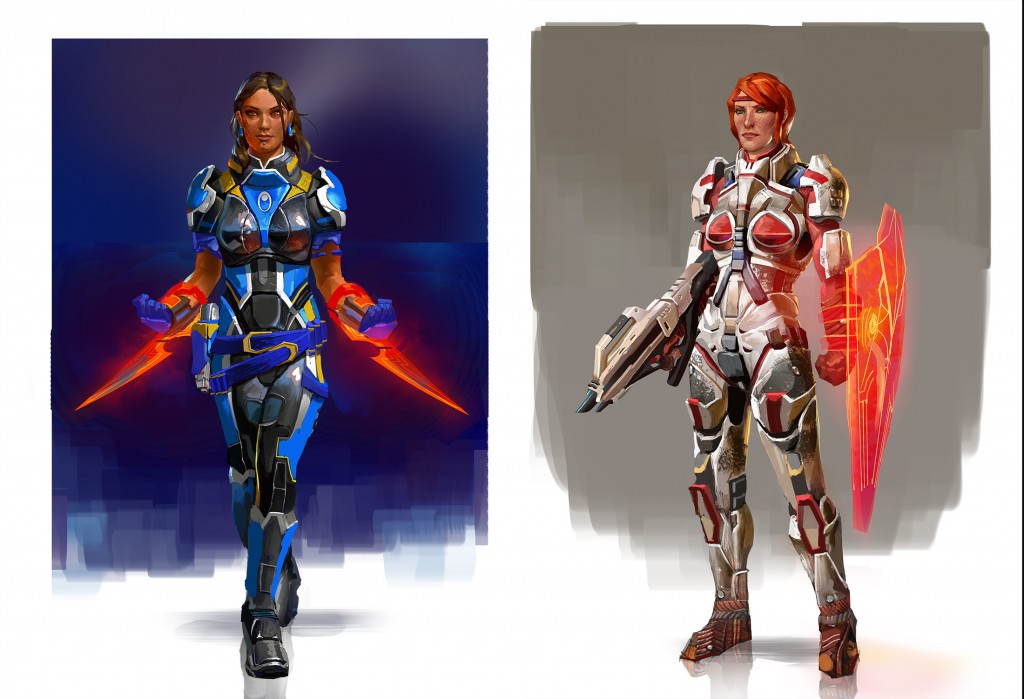 When determining how a character should look, I consider several things: I gauge the overall aesthetic appearance of its genre and how to transfer it to the other. I find similarities in personality to another existing character. I think about how to make the final lineup more interesting. For example, I’ll try not to make every single mage a standard biotic adept but instead make some of them vanguards when it better suits their DA fighting style.

Miranda, for instance, had certain traits in common with Morrigan: a confident attitude, a desire to keep others at an emotional distance, and parental issues. There’s also the obvious biotic-mage comparison, so I took elements from Miranda’s Mass Effect outfit (Cerberus insignia and honeycomb patterning) and implemented them in Morrigan’s staff and skirt. I also traded color schemes as it’s an easy and obvious way to change someone’s look but retain the overall feel of a character. 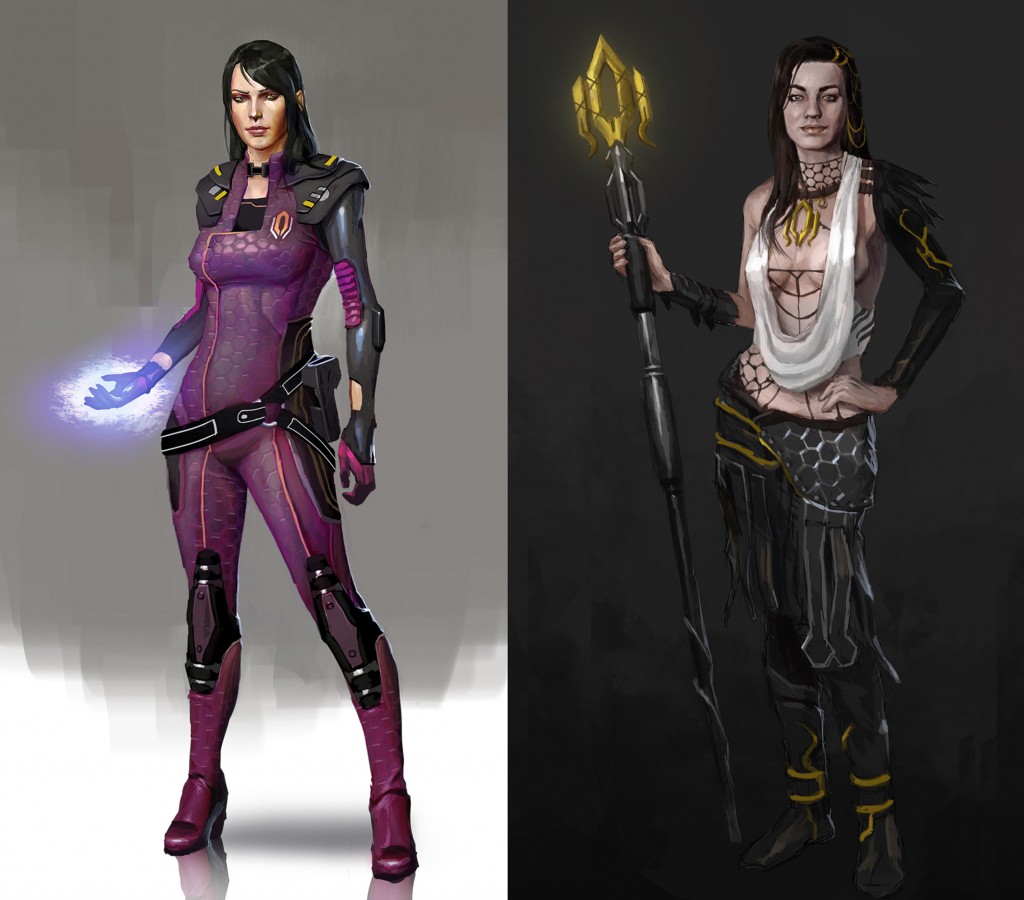 As for my process, it’s always changing. I’m still relatively new to digital painting, but generally I start with a solid line drawing followed by layering in separate solid dark colors underneath. I then add various textures on top of that to give the image a bit of “tooth” and so it doesn’t look quite so digital. Once I lay in the textures, I move onto the face. I use a lot of reference to nail down as close of a likeness as I can to the character. I’ll use the lighting direction in the reference photo so that I can render out the rest of the body. At a certain point, when I am happy enough with the direction, I combine all of the layers into one and start doing little tweaks to make certain forms read better. On the final pass, I add custom features like tattoos and buttons.

Although I’m never really happy with any of my art—I tend to only see the flaws—my fan art has been a great way to expand on the intrinsic love and admiration I feel for these games. I look forward to bringing you guys more in the future!

Please visit my site to follow my future projects or to view my past works:
http://andrewryanart.deviantart.com/ 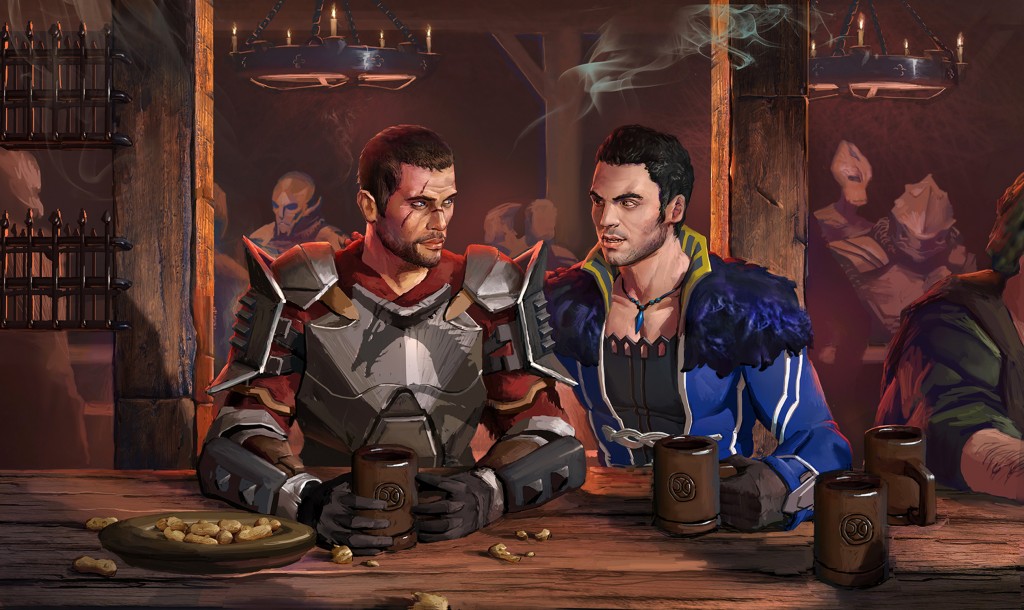