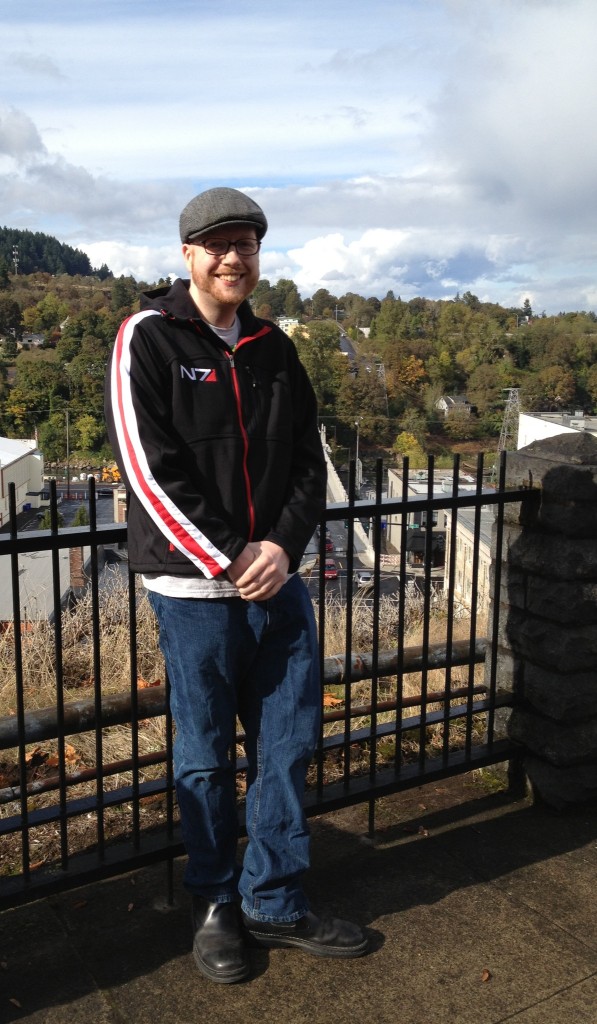 As the resident newbie on the BioWare community team, I have only had the pleasure of working on the Mass Effect series in a professional capacity for about nine months. As a fan, however, my love affair with the series goes all the way back to the beginning.

I first saw Mass Effect code at a trade show during the summer of 2007. The dev team ran a live demo of the Virmire mission, pausing at the pivotal moment that Shepard has to make a tough decision about Wrex’s future. The devs polled the crowd and asked how to deal with Wrex, prompting many cries of “kill him” in response.

The devs appeared genuinely shocked by the overwhelming vote of execution, but to be fair, they all knew Wrex a little better than anyone else in the room at the time. 🙂 (And I am happy to report that the devs concluded the demo peacefully, leaving the audience in suspense regarding Wrex’s fate.)

I thought about that demo a lot over the next few weeks, wondering how my Shepard’s eventual relationship with Wrex was going to play out. Would I be able to avoid an intense stand-off with this seemingly volatile crew member? Would I be able to convince him to put our differences aside for the sake of the mission? The writers had somehow managed to make me care about a character I had known for less than ten minutes. It reminded me so much of what I’d loved about earlier BioWare titles, and Mass Effect cemented its place at the top of my “must-have” list.

Of course, that was just the beginning. I could never have imagined just how deep and meaningful the Mass Effect universe would become to me. Mass Effect is now less a game and more an interactive emotional experience for me. The crew of the Normandy is special to me in ways difficult to describe, but I will try to summarize by saying: There is no Shepard without Vakarian. No matter the mission, no matter how many times I play through the series, Garrus always comes with me.

I almost always play Paragon, but I do enjoy seeing how situations play out differently as a Renegade. That said, even with some of the moral decisions that must be made, I can never find it in my heart to be mean to Garrus or Tali… or Miranda… or Liara…. Doing so would break my heart. Maybe you can relate.

Looking back over the past five years, I credit Mass Effect for not only changing the way I look at video games, but for setting the bar for the experience that I expect to get out of them. I will always cherish my 16-bit and 32-bit era JRPGs, but as much as I hold those classics dear, nothing will ever come close to matching what Mass Effect has meant to me.

I have also been able to meet some positively incredible BioWare fans! I know everyone says that, but it’s true. I love hearing the fans talk about their personal stories and what the games have meant to them. That level of passion is pure motivation to do the absolute best job that I can!

As the trilogy comes to an end, I am not sad. (Excuse me, there’s a little dust in my eye). It has been an incredible journey, and one that I will never grow tired of taking. It is an honor to work with such talented and creative folks every day, and from where I sit, the future looks bright.