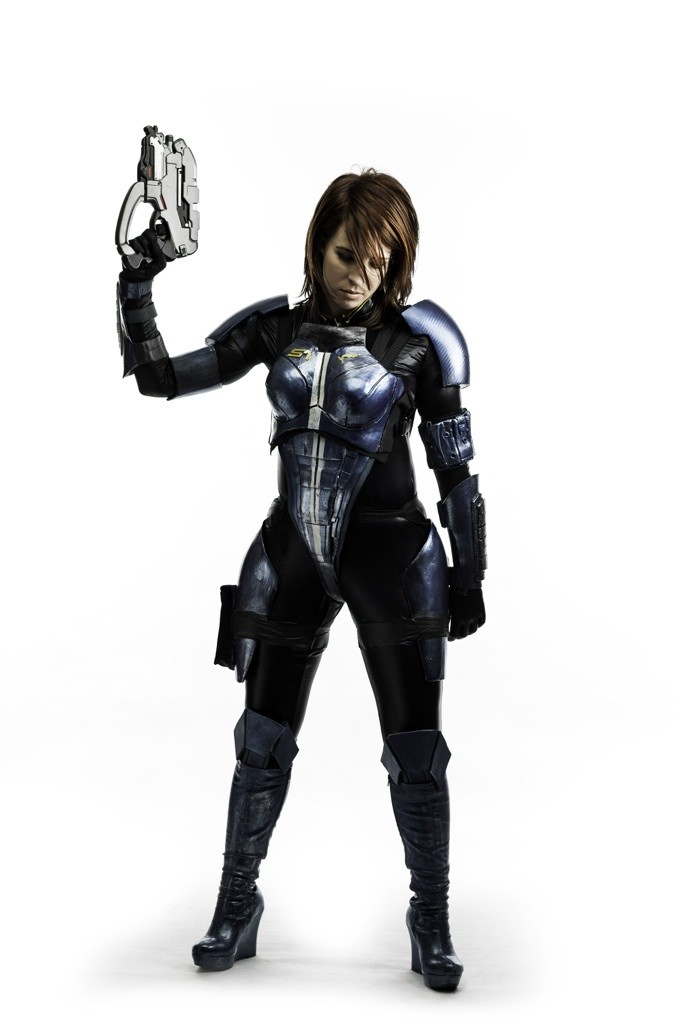 “It’s been a long journey, and no one’s coming out without scars.”

It was the fall of 2007. Graham, my on-again/off-again boyfriend, had been slowly bringing his things over for the past year until, before I knew it, he completely moved into my studio apartment. We became close a few years prior, as freshmen at Berkeley. Almost immediately upon meeting, we realized we had a few things in common, including asthma, gaming, and a penchant for one-upmanship.

In short, we were unabashed nerds who didn’t self-identify as such.

Our nights putting off coursework were spent instead playing Dungeons & Dragons and other RPGs. Being the only person who not only owned all the D&D books but could also organize the campaign was a bit of a novelty for the guys in my dorm.

During midterms, Graham bought a new video game called Mass Effect for us to play, ensuring we continued to avoid work. He loved shooters. I loved character customization. It sounded like an RPG we could both enjoy. My most vivid memories from that first playthrough were of the rachni queen and especially Liara, a scrappy alien archaeologist after my own heart. I remember finding the entire experience of playing the game strange and exhilarating, but I had too many real-world archaeology textbooks to read and couldn’t dwell too much on it.

Flash forward to January 2010. I was living in England, engaged to Graham, and studying for my master’s at University College London after very proudly turning down a spot at Oxford. My identity as an academic, specifically an anthropologist/historical archaeologist, was unfolding nicely.

One day, my best friend Holly Skyped us, thanking Graham for recommending Mass Effect 2. She told me about a character in the game who reminded her of me: Miranda Lawson.

I wouldn’t get a chance to play ME2 and meet Miranda for myself until I returned home that summer for dissertation research. As soon as I started playing, my focus changed from grave-robbing, death, and identity at London’s St. Pancras Church to video game fandom, cosplay, and identity at Comic-Con. I went from scrutinizing objects found several feet belowground to following my friend as she created video game character costumes using objects in her garage. Mass Effect reshaped our entire friendship, as we became Commander and XO or Shepard and Miranda, and I immersed myself completely in the world of geekdom.

The work I did, the people I met, and the worlds I experienced forever altered my perception of who I am and who I wanted to be. I decided to forgo a PhD to instead explore these worlds of fantasy and sci-fi more thoroughly.

After a year of interactions with BioWare at conventions and on social media, I was a bona fide fangirl.

I still recall jumping up and down screaming when Aaryn Flynn invited me to tour the studio the next time I found myself in Edmonton. And I still remember spilling a drink all over myself when I noticed that Patrick Weekes was following me on Twitter. Fandom truly became part of me and I was a nerd, whether or not I called myself one.

In the summer of 2011, after a series of right-place/right-time moments, I found myself interviewing for a position as the Community and Social Manager for the team that was marketing Mass Effect 3. With the game mostly finished, I began a new stage of my life somewhere between fan and developer. As hard as I worked in graduate school, I wasn’t prepared for the amount of effort required during “crunch.” But the bleary days and slap-happy evenings were made worth it by the people surrounding me and the fantastic trilogy I was now officially a part of.

As much as I hate flying, my trips to Edmonton are still the highlights of my job. It’s a pleasure to be welcomed into the lives of hard-working developers from all levels and departments. I’ve had delightful philosophical discussions with Casey in his office, squeed over new plot twists in the writing pits, and met some of the most kickass girls to walk the planet (you know who you are, BioWare ladies).

The road from the months leading up to ME3’s launch to today hasn’t been easy. As I write this, I’m desperately trying to charge my laptop at an airport power outlet next to foul-smelling trashcans while en route to Edmonton. But most things worth doing are not simple.

In addition to the amazing folks in the studio, I’m so proud to say that I’ve met Mass Effect fans from across the globe and learned about their preferences and hopes for just about every aspect of the game.  It’s wonderful to see so many diverse, passionate people coming together, oftentimes with nothing in common but their love for the series. I am privileged to help facilitate their feedback in future games at BioWare’s studios in Edmonton and Montreal.

For me, Mass Effect has been a deeply personal, truly life-changing experience. Graham and I may have recently tied the knot, but I’m still swooning over Garrus—also Liara, Traynor, or James Vega, depending on the playthrough. I’ve moved into a new role leading the Community Team in the Online Development department, where I basically get to be a practicing anthropologist every day.

I don’t think I can ever articulate to the team how much the trilogy means to me as a fan; but I’ve come to realize, after working so closely with them, that they already know and feel the same way. I see so much of my own work in content like the Extended Cut and Citadel, but I can only begin to understand the profound connection those in the studio have to the franchise.

The Mass Effect trilogy is finished and Shepard’s story is over. But it lives on for me in friendships, life experience, and epic saved games that I will never part with.

“But it all comes down to this moment…. Make me proud. Make yourselves proud.”