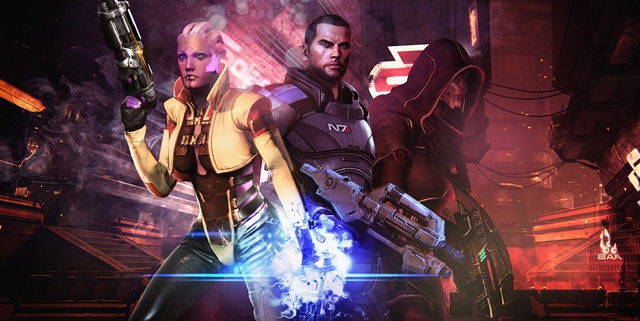 Hi, my name is Fabrice Condominas, and I am the producer of Mass Effect 3: Omega.

The Mass Effect team has always had a special relationship with Omega, and it’s one of the most talked about locations in our community. Omega is home to the “lawless of the galaxy” as well as its calm, calculated ruler, Aria T’Loak. With the war against the Reapers requiring Omega’s resources, we had a reason to bring Shepard back to the asteroid and renew the Commander’s uneasy alliance with the station’s ruler. 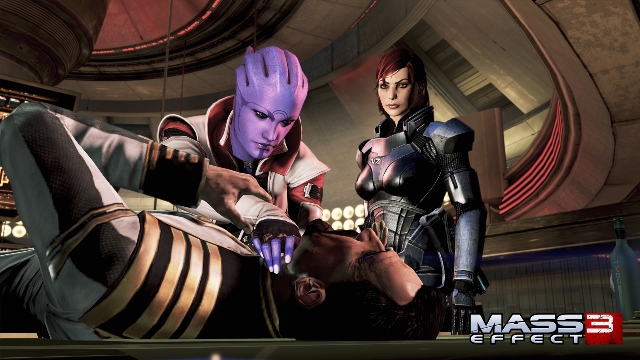 Mass Effect 3: Omega promises an action-packed story that revolves around the themes of relationships and moral choices. During production, we first focused on character relationships. We decided early on to treat Omega, the station itself, as a character from a narrative standpoint. To do this, we needed to define the nature of the relationship between Aria and Omega—it is one of deep love, where passion and jealousy are involved. Aria’s thirst for revenge is not only driven by what typically motivates her—pride and power—and when she is faced with losing Omega, Aria becomes enraged like someone whose lover has been taken away.

To offset Aria, we introduced a calming force by ways of a brand new character: Nyreen. Former Turian military, Nyreen is the exact opposite of Aria—she is in control and pragmatic. Nyreen shares Aria’s dedication to the people of Omega and wants to liberate it from Cerberus occupation, and they also share a common past. This triumvirate between Aria, Nyreen, and Omega is the narrative anchor around which this pack evolves. 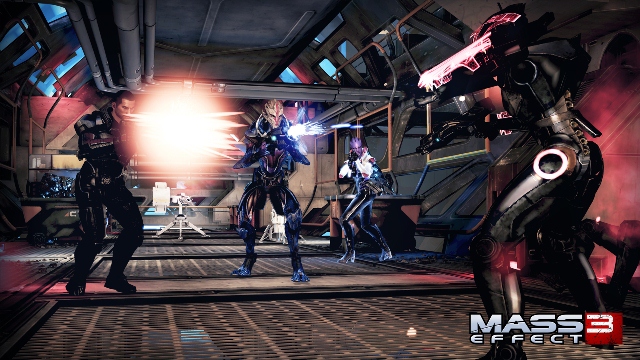 In this DLC, Shepard must make decisions based on Aria and Nyreen’s knowledge of Omega while balancing their radically different points of view on how to go about liberating the station. This leads us to moral choices, and we want the player to answer the following question: how far are you willing to go? Omega is a densely populated area, and the choices you make will have a tremendous impact on the civilian population. Following Aria’s vengeful path will certainly be efficient, but it comes at a cost. Nyreen’s approach will protect the people of Omega, but it’s a riskier mission.

Balancing Omega’s gameplay to accommodate Aria’s powerful biotics was a challenge for the BioWare teams in Montreal and Edmonton. Omega is a complex space that made combat design difficult. We also introduced two new enemies: the Rampart mech, a Cerberus killing machine built to control the civilian population, and a second enemy that I’ll let you discover for yourself.

Creating Nyreen, the first female Turian we’ve used as a central character in the series, was also a challenge. We wanted to make sure she would be identifiable as a female Turian on first sight. It took several iterations from our concept and character artists, softening the shape of her head and making subtle changes to her body, to reach that point while staying true to the turian morphology. 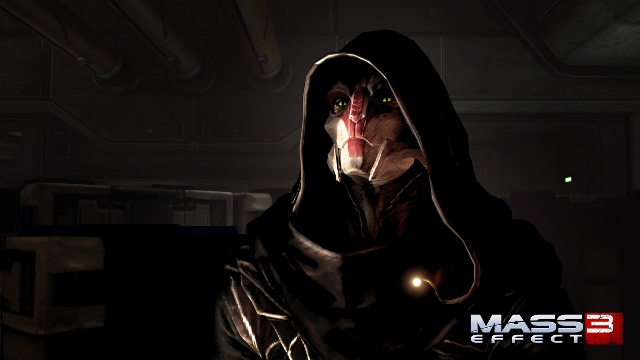 All told, we realized that to achieve everything we wanted in this DLC, we had to build a larger pack. The only constraints we had in terms of length were technical, and we were very lucky to have the luxury of developing the experience we wanted. I hope you will enjoy playing Mass Effect 3: Omega as much as we enjoyed working on it.