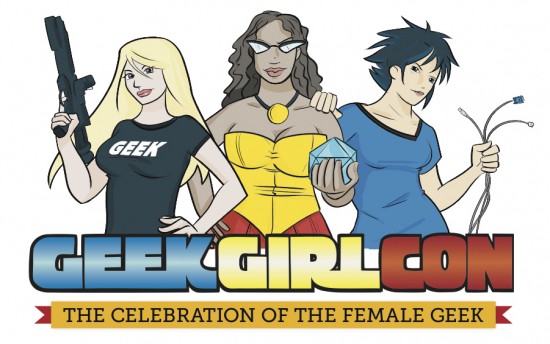 Hey everyone!
Community Manager Jessica Merizan here to wax nostalgic and talk about this year’s Geek Girl Con! There’s something really special about Geek Girl Con for me. I attended event’s inaugural weekend last year, newly hired to BioWare, meeting the developers that attended for the first time. I was afraid they would all hate me, but they did not! Or at least they’ve hidden it quite well for the past year 😉

I’m very proud to say that BioWare’s company culture fosters amazing personalities and I learned a lot from hanging out with some of the BioWare women that weekend. They taught me that there is no such thing as the “female perspective” when it comes to video games because consumers even within the same demographic have such delightfully varied tastes and styles (more on that later). The women who went to Geek Girl Con with me last year, and the ones attending this year, are really brilliant developers who happen to also be women. It’s similar to the mindset we take to our characters. Strong, multi-faceted characters who are not solely defined by their gender, race, species, or taste in wheels of cheese.

But enough of me sitting here and feeling pleased about the state of the world. If you’re coming to Geek Girl Con this Saturday and Sunday in Seattle, we want to meet you! I’ll be joined by the following developers who bring with them quite a bit of moxie: 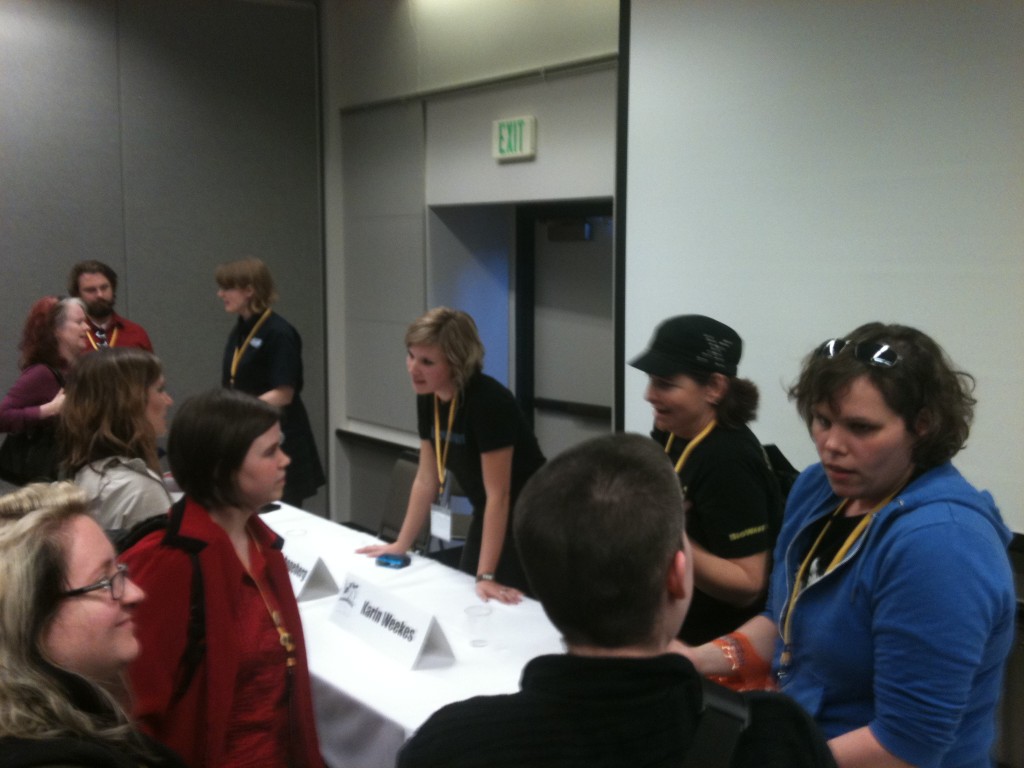 We’ll be presenting the following panels:

Saturday 3:00 PM – 3:50 PM
Get Your Game On: Shop Talk with the Ladies of BioWare – RM303
The “Designing Women of BioWare” were thrilled and honored to be part of GeekGirlCon ‘11. They are back this year for more chatting and interaction! Female developers from across BioWare will answer your questions about developing games, how to get a job in game development, and whatever else you’d like to know about.
Presented by Mary Kirby, Raylene Deck, Sarah Hayward, Karin Weekes, Melanie Fleming; Moderated by Jessica Merizan

Sunday 11:30 AM – 12:20 PM
The Myth of “The Female Gamer Perspective” – RM303
We all know that considerably fewer women than men work in game design; those of us that do are often called upon to “represent the female audience.” At BioWare, we’re lucky to have quite a few women working here, and we represent a pretty wide range of backgrounds, tastes, and gaming styles. We certainly don’t have a singular gaming perspective.We’d like to talk with you about why there’s probably no such thing and how games should be designed accordingly.
Presented by Sheryl Chee, Kris Schoneberg, Melanie Fleming, Sarah Hayward, Jessica Merizan; moderated by Karin Weekes 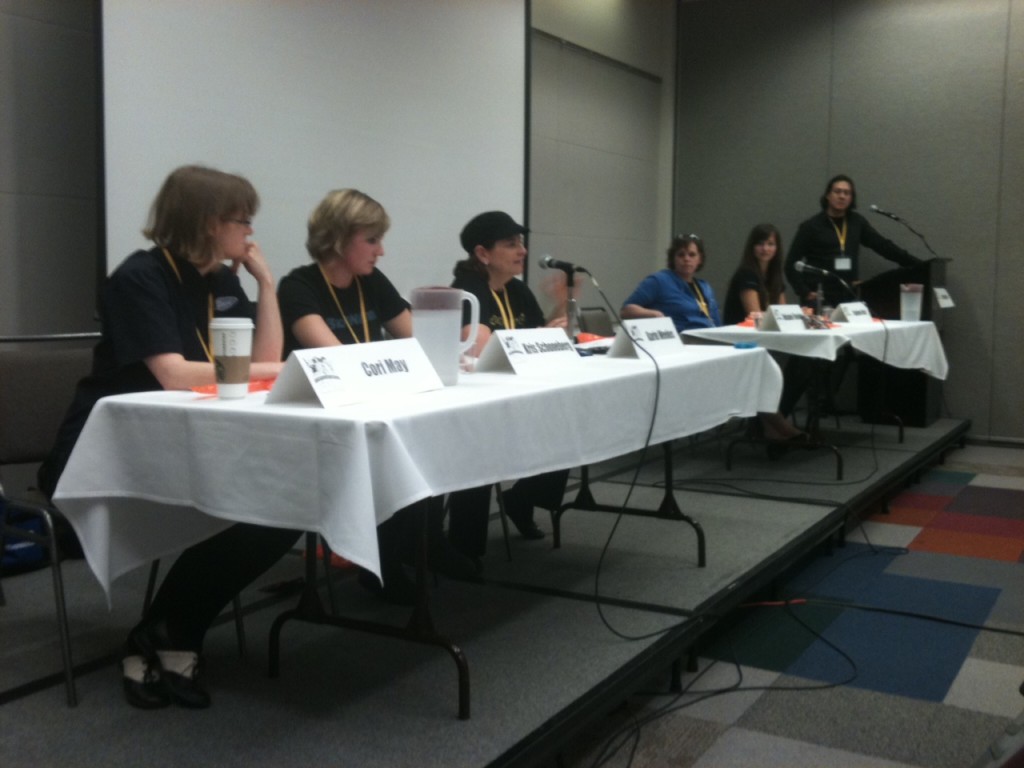 And when I’m not running around on panels, snapping photos of amazing cosplayers (alas! I have retired my Ashley costume!), and running into friends I only ever see at conventions, I’ll be hanging out at the Gaming Lounge with some lovely ladies from EA and Popcap! Come and play your favorite console and PC games. And more importantly, come say “Hi!” (be sure to tell me your BSN or Twitter handle and what your profile picture is — I have a strange talent for remembering usernames). Holly Conrad, our resident FemShep and BioWare creature costumer, will also be attending — see if you can spot her out of costume!

For those of you who are not able to attend, keep an eye on our Facebook / Twitter / Instagram for updates and photos from the event! We always try to bring you a fun Virtual Con experience so everyone can live viciously without ever stepping on a plane. 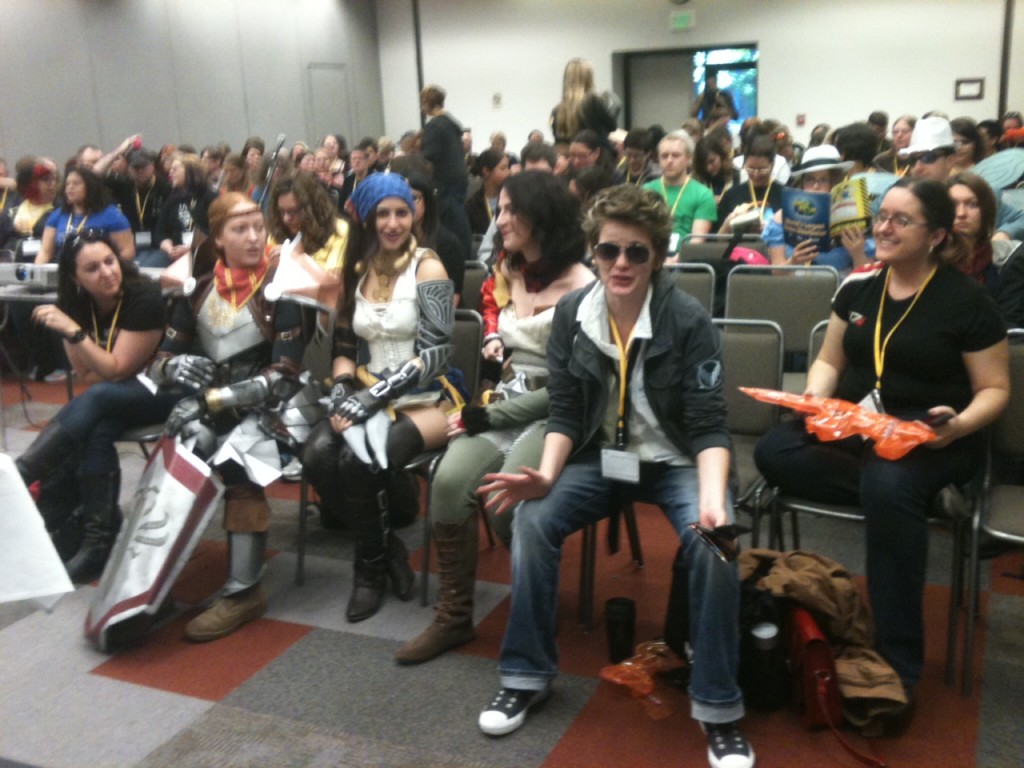 If you have any questions about this event or have an event in mind that you think we should be at, tweet at me @jessicamerizan and let’s chat!

See you at the Con!