Operation BEACHHEAD eased the pressure on allied planets and freed up conventional forces that were being hammered by the Reapers. Hit the jump to read which front Alliance forces will be hitting next! 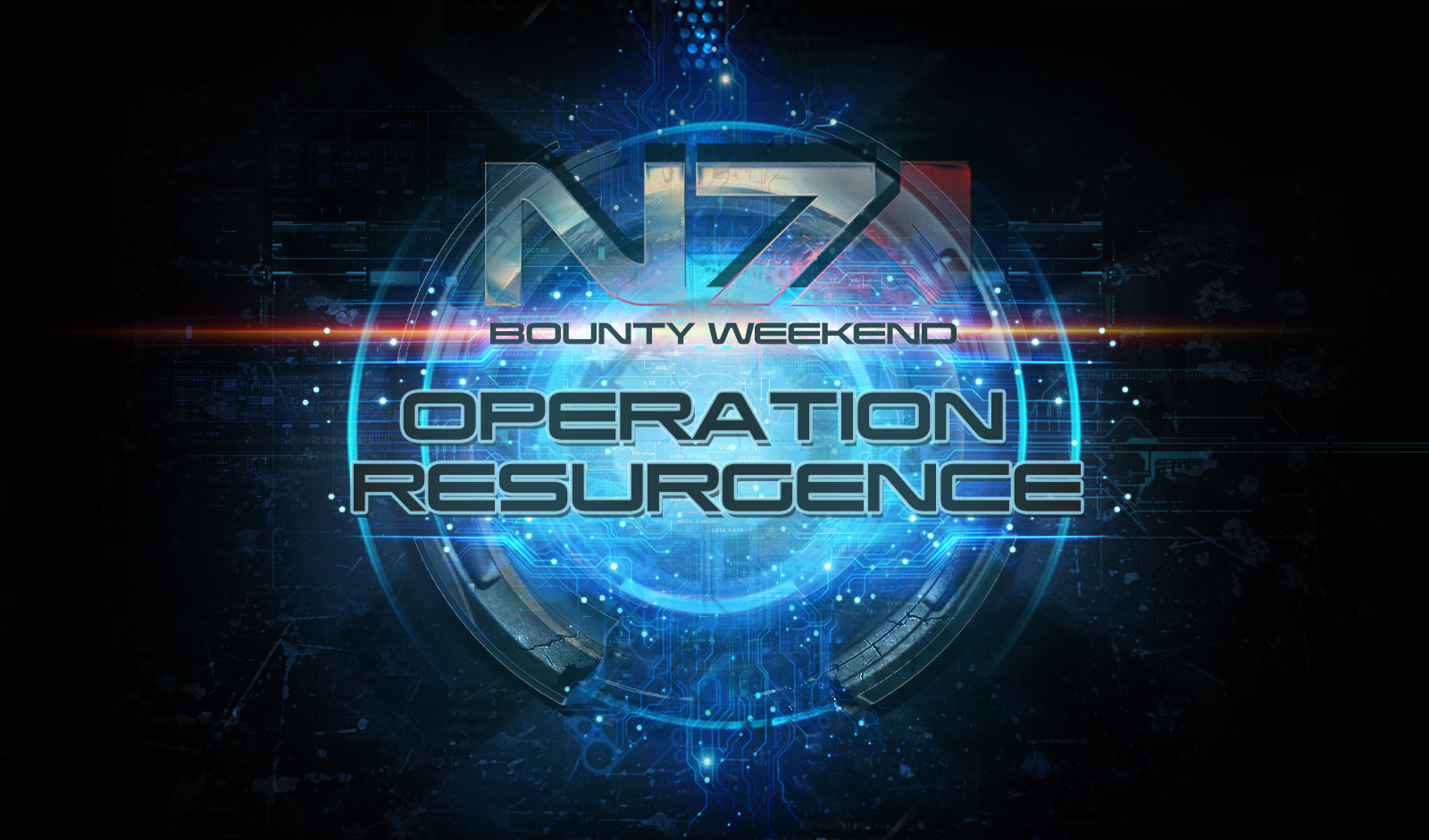 Operation BEACHHEAD eased the pressure on allied planets and freed up conventional forces that were being hammered by the Reapers. With these reinforcements, the allies can use RESURGENCE to target more critical infrastructure.

Anyone who has the Resurgence Pack multiplayer DLC operational during this weekend will be granted a Reserves Pack. A Reserves Pack unlocks one of the new random alien classes guaranteed.

All participating squads will earn +10% additional experience when playing on the Resurgence expansion’s new maps, Firebase: Condor and Firebase: Hydra.

Welcome to Operation Resurgence, the next N7 Challenge Weekend!

This week we released our first multiplayer expansion, the Resurgence Pack. This DLC added new maps, characters, weapons, and consumables. If you haven’t had a chance to download it yet, make sure to grab it; it’s available for no additional charge.

Firebase Condor and Firebase Hydra are available immediately. If you download the Resurgence Pack and play this weekend you will be rewarded with a Reserves Pack the following week, containing one new Resurgence character.

This Operation is currently available to Xbox 360 and PC users only, and will run from Friday, April 13th at 5PM PST to Monday, April 16th 5AM PST. Unfortunately, we are not yet able to offer our Multiplayer Challenge weekends on PlayStation 3. Sony has not yet approved the promotion. We continue to work with them to find a compromise, but until then, Sony will not allow us to run the same Multiplayer Challenges on the PlayStation 3 that we run on Xbox 360 and PC.

Please remember to set “Upload Gameplay Feedback” to “on” in the online options to be able to participate in Operation Resurgence.