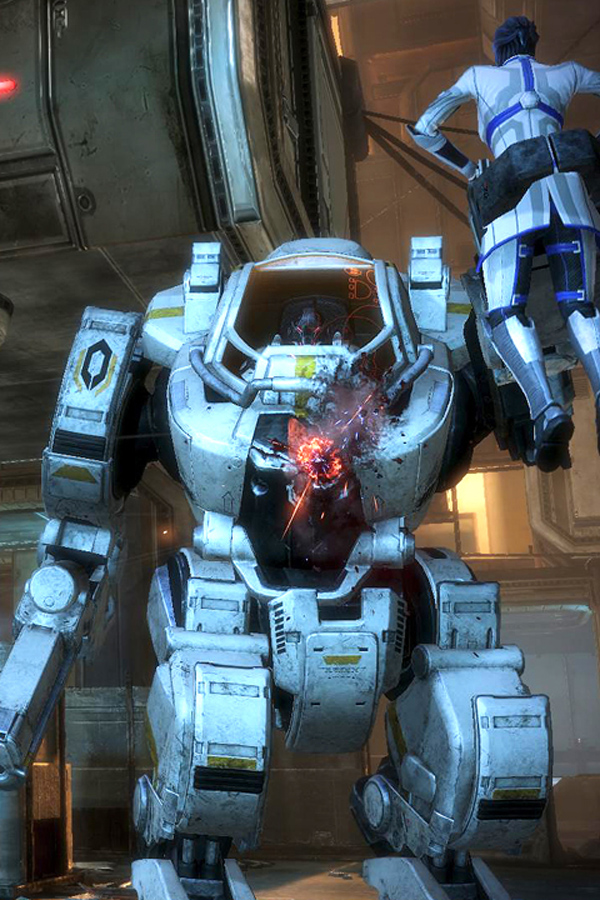 Who are you and what is your role at BioWare?

My name is Raylene Deck and I’m a Level Designer on the Mass Effect franchise.

What is the best part about your job?

I think the best thing about being a level designer is being able to help drive the creative process of making a level. The level starts as just a brief description on a piece of paper, then it’s just a bunch of boxes to represent rooms and cover, and pop-up box messages to tell the player what is happening. But eventually, everything comes together and it transforms into something amazing by the time we ship. The great thing about this process is that I get to work closely with a lot of different departments during various stages of development. Working in a creative environment, people come up with so many ideas that almost every day something is improved, changed or newly discovered, and that what makes it exciting.

What does an average day look like for you?

As a level designer, I think an average day really depends on which stage of development we’re working on. If it’s the beginning of the project, I will be in a lot of meetings to discuss what kind of level we want to make. We’ll figure out the overall story, setting and gameplay, and from there, I will start making the level layout. If it’s mid-production, we have the bones of the level figured out and so now I would be doing tasks such as combat layouts, boss fight mechanics or exploration puzzles. At this time, I’m working very closely with my artist, writer, gameplay designer and cinematic designer to figure out all the details of the level and most importantly, make the level fun. If it’s getting close to the time of shipping the game, the level is already fun so now it’s time to fix all the bugs. I switch gears and work with the QA team. Some of the bugs I’ll be fixing range from logic errors, memory and frame rate issues or collision problems.

Can you tell us about one of your proudest moments working in game development?

Mass Effect 2 was my first critically acclaimed game that I’ve worked on. Walking into my local game store, and seeing Mass Effect 2 sitting on the shelf was an amazing feeling, especially being new to the gaming industry. Everyone I work with puts so much heart into their work. Seeing the fans so excited to play the game is humbling and makes all those long working hours worth it.

What’s a geeky thing about you?

Oh boy, where do I start? 🙂 If I had to choose one thing that’s out of the ordinary, I’d pick my love of making costumes. I used to dress up as favourite anime characters and perform skits at Animethon (a local anime convention in Edmonton) when I was younger. I can’t believe I just admitted that!  But I still try and go over the top for any event that requires a costume. At BioWare, there is a Halloween costume contest each year and I’ve been lucky enough to win a few times. It’s always a competitive contest with so many creative people working here. This past year, I dressed up as Chell from Portal 2.

Do you have any advice for those wishing to get into the video game industry?

In my department, level designers come from a lot of different backgrounds. For me, I have a degree in Computing Science, but there are people that have art or even music backgrounds. So I don’t think the important part is where you come from, but instead, your drive to make games. So make something! Grab a copy of a toolset like Unreal Editor or even the Neverwinter Nights toolset, and try your hand at scripting and learning what is fun. And don’t be discouraged if your idea fails. For every idea that works, there were 10 past ideas that didn’t work. Also, get your friends to try out your game. Being able to take feedback and iterate on it is an extremely helpful skill in making games.

If you weren’t working in the industry, what would you be doing?

What are you currently playing, reading, or listening to?

The last few months have been tough since we’ve been pushing really hard to get Mass Effect 3 finished, so I’m behind on my stack of games. But I managed to find time to play Skyrim and I’m just starting up on Uncharted 3. I got a Kobo E-reader for Christmas so I downloaded my first book, Ender’s Game, and I’m really enjoying it. I also bought tickets for Coachella for the first time so I’ve been listening to a lot of the bands who will be there and getting really excited for the show!