We thought we’d show you that those of us who work at BioWare are regular people just like the rest of you. So we thought we’d start a series of weekly staff profiles where each week a chosen staff member will give you some details about who they are, what they do for fun and their job here at BioWare. The selected staff member will give you a little insight into their personality and their job here at BioWare.

Since it was my idea to do this, I get to be the first person for Facebook Fridays here on the BioWare Facebook page and BioWare Blog. In the coming weeks we’ll have more BioWare staff, some you may have heard of others you may not have, all of whom will give you a little look into who they are and what they do here at BioWare. We hope you enjoy these looks into our lives here at BioWare 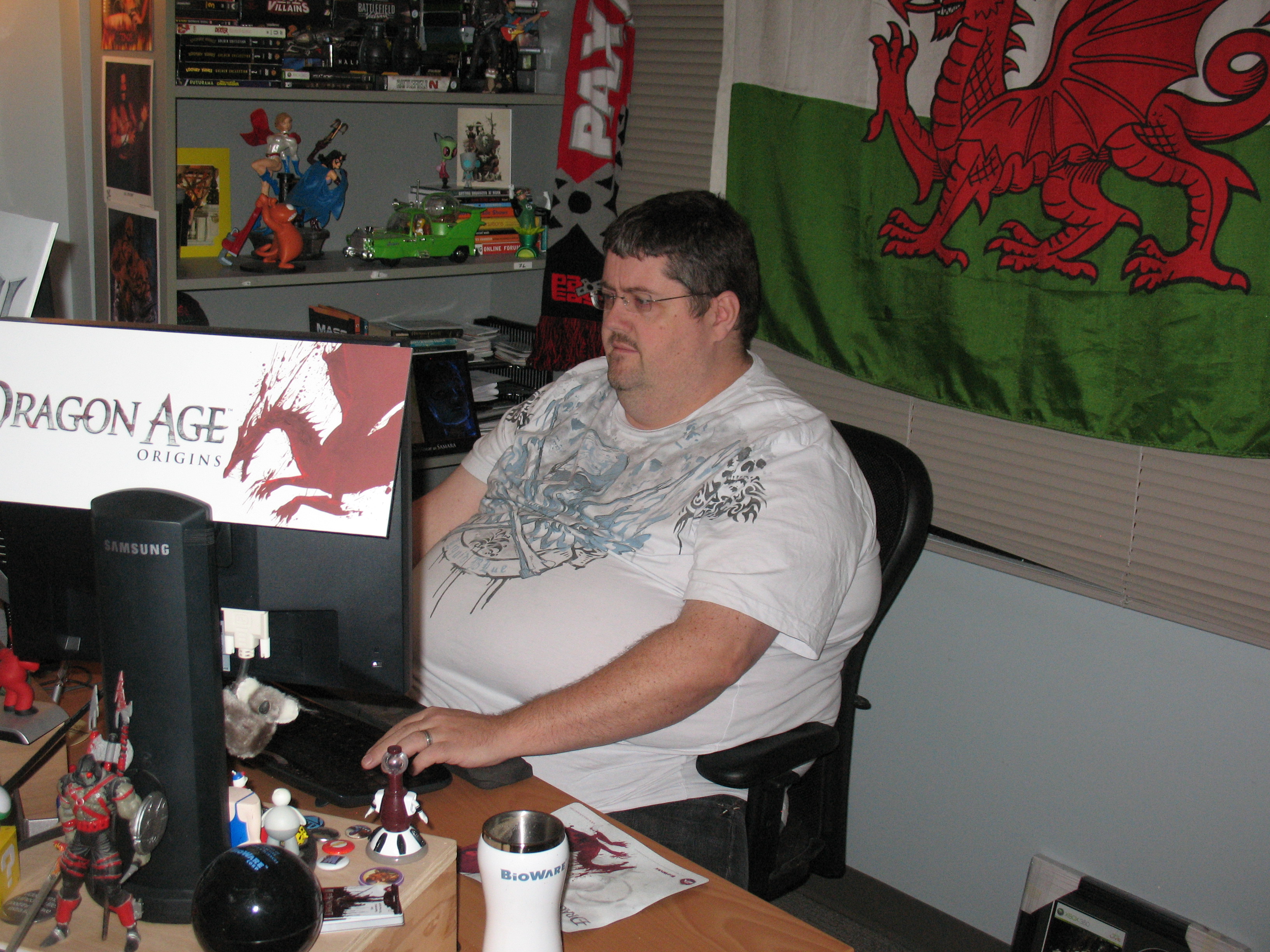 Where are you from?
Born in New Westminister British Columbia, but mostly an Edmonton Alberta native.

Favorite books:
Terry Pratchett’s Discworld series. I have everything, including the maps. I am also a HUGE comic book fan with far too many titles to name here.

Favorite pizza toppings:
I’d eat anything, even anchovies, but I prefer a simple margherrita .

How long have you worked for BioWare?
10 years this coming March. I’ve been a part of pretty much everything BioWare Edmonton has done since Baldur’s Gate: Throne of Bhaal.

What does a “Community Coordinator” actually do?
I am part of the Community team here at BioWare which falls under the Marketing department. Mostly I am responsible for taking messaging from the Development teams and presenting it to the public on our forums and other Social Media outlets (like Facebook, Twitter, etc). I also take the feedback from our fans and present it to the Dev teams. I am the chief forum moderator at BioWare and am responsible for the fan forums, rules, etc. I also get to do things like help plan which conventions we will attend and what our booth will look like, work to promote items and help come up with ideas for the BioWare online store and I spend a lot of time playing our games and so I can accurately talk with our fans. 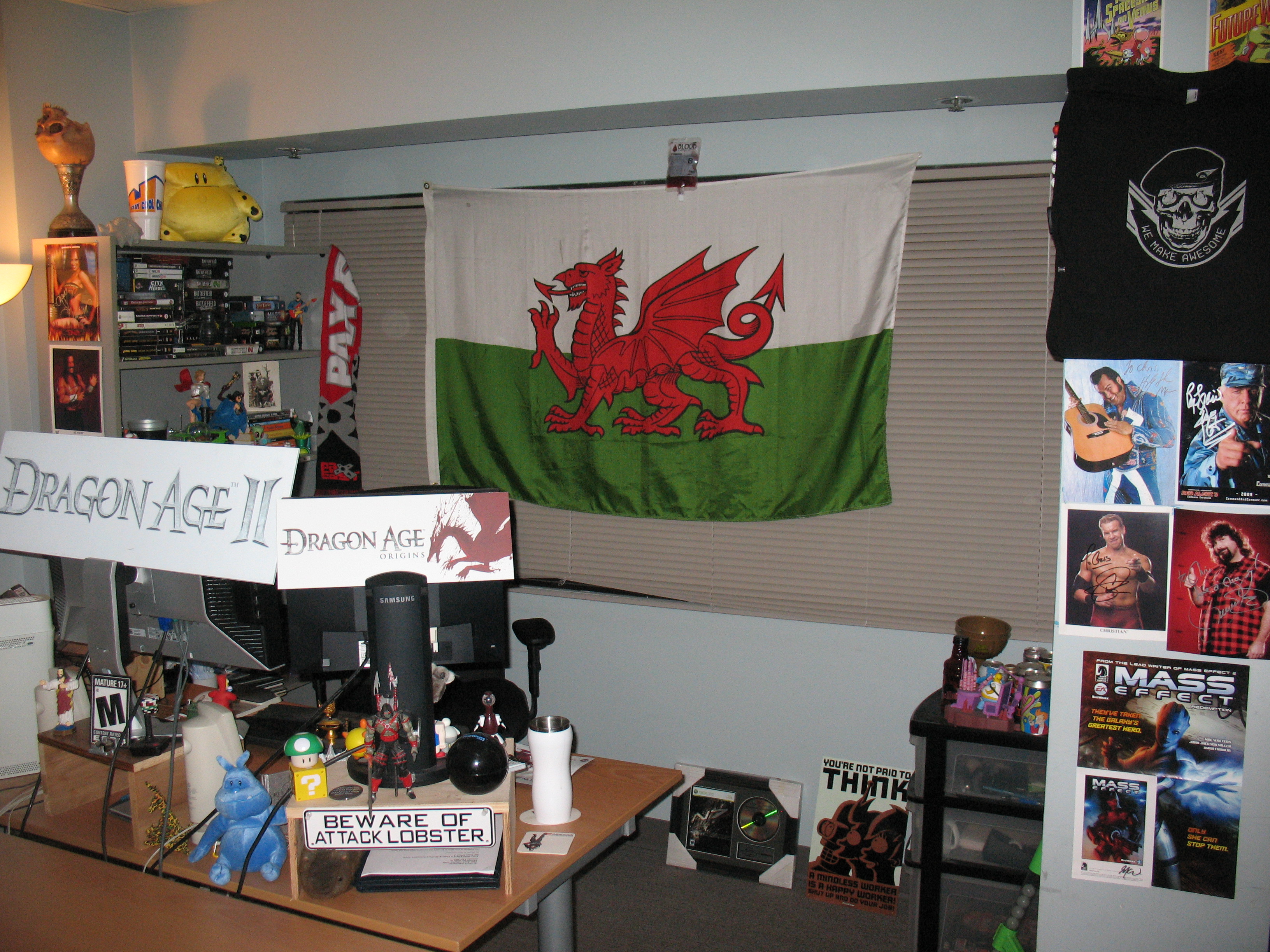 An average day has me at work around 8 am. I check and respond to emails that came in overnight. I then head onto the internet and check over our forums, websites and Social Media pages. I read the new threads and responses since I last checked. I am also in charge of enforcing the rules, so I take care of that if any of that is needed. I usually attend 1-2 meetings per day with different teams (marketing, Dev teams, etc) and work out what is being talked about currently, what is coming up, how we should present the information to our fans. I continue to monitor our forums throughout the day, check out other Communities that discuss gaming or our games, read news sites for gaming related news and play the games we have in development. I’m usually done around 5pm, but I often spend a couple of hours online in the evenings on our forums reading and prowling.

Favorite BioWare moment Game related or thing you are most proud of at BioWare?
I’ve been with BioWare almost 10 years now and I have lots to be proud of. However, my number one moment was helping get John Cleese to be in one of our games. Back while we were making Jade Empire, I was asked by the writers to suggest some actors who could voice Lord Roderick Ponce von Fontlebottom the Magnificent Bastard (I was asked as I am known to be a big film nut). Since the writing for Ponce, if played straight, would come of extremely racist, I suggested that we get John Cleese to do the lines as even though he could read it straight, his voice and inflection would bring a lot of humor to it. As a huge Python fan I was thrilled that we actually got him for the role and I got to “work” with John Cleese (even in this tiny tangential manner).

Favorite BioWare moment not game related?
Again, over the past 10 years there have been many great moments. We’ve had some great game launch parties. I’ve met some great fans at conventions and travelled a great deal showing off our games (although that may fall under work). I think one of my best memories was at a BioWare ski night. I don’t ski and neither does Ray, so he and I stood at the bottom of the hill, cheering on the others and smoking a couple of Ray’s rather expensive cigars.

What do you do to relax/do you have any hobbies:
I watch a lot of movies and TV. I am an avid comic book collector reading titles like Walking Dead, Chew, Invincible, Hellboy, Green Lantern, The Boys and more. I love to cook and consider myself a foodie. I’m trying to learn to appreciate wine. My wife and I travel when we get the chance. And I am an amateur poker player.

What game are you losing sleep for right now (that you are not working on)?
Well, right now (since I am not on the actual Dev team) I could say Dragon Age 2, but for non-BioWare games I am waiting for Medal of Honor, BioShock Infinite and Batman Arkham Asylum 2.

What is the most “nerdy” thing about you?
I can quote any skit from Monty Python from memory.

If you didn’t work in video games, what would you be doing?
I would love to be a travel and food blogger like Not Quite Nigella 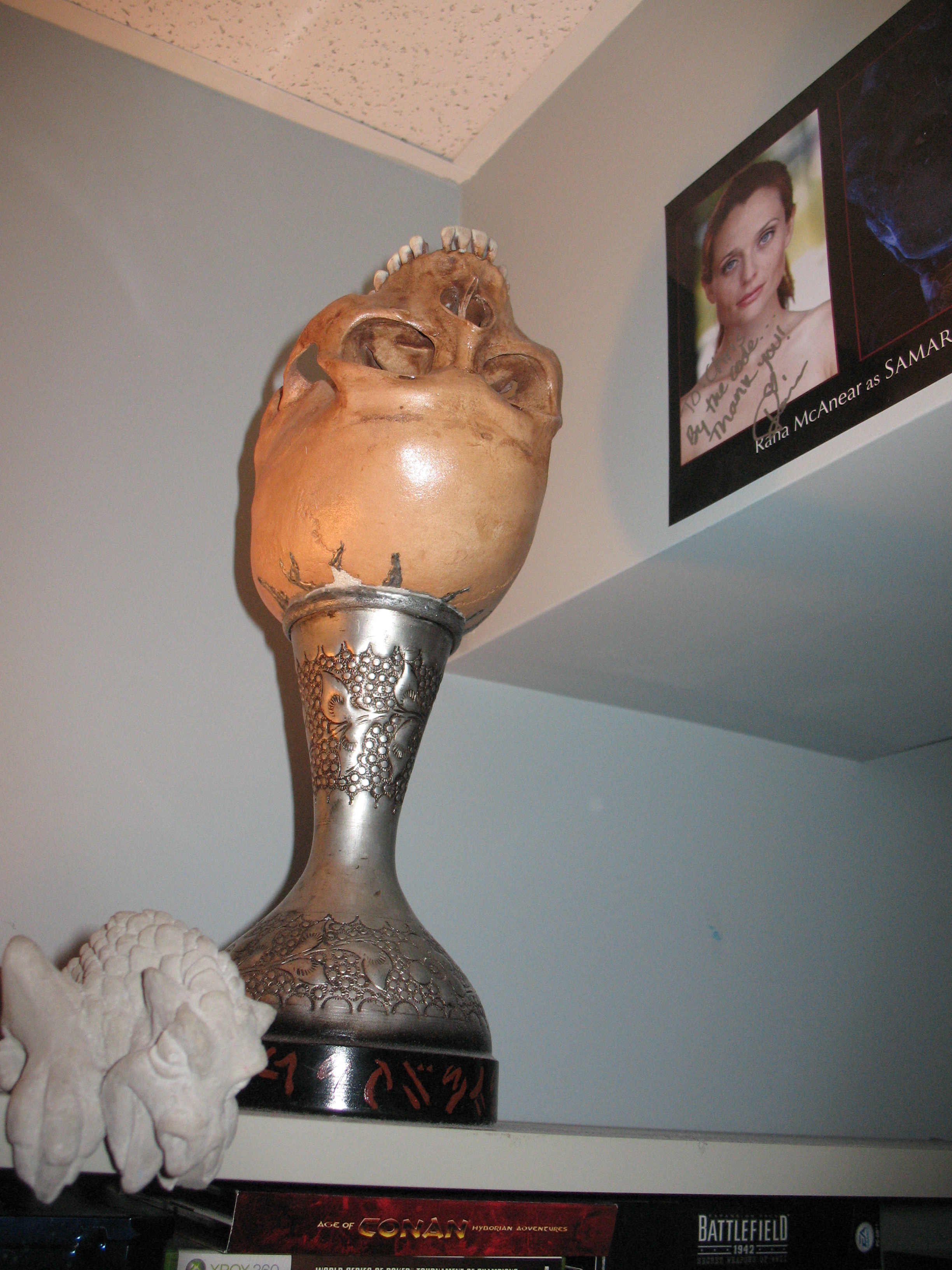 What do you want people to know about you?
How I got the “Evil Chris” nickname. Back before being on the Community team, I was in the QA department here at BioWare and we were working crunch time (Crunch time is when the game is almost finished and we are trying to ship it to the publisher. This can mean lots of long days and late nights.) as we finished Knights of the Old Republic. We were working late one night after around 18 hours in the office and we were all tired and a little silly. We had recently added smilies to the old BioWare forums and I made a joking post of how I had snapped working late and was running around the office being “evil” to the other staff (using the little evil emoticon smiley liberally in the post). It was meant as a silly post that I did more to keep me and my barely awake coworkers entertained, but the fans enjoyed it more than I thought they would. That combined with the fact I am the person who has to enforce the forum rules and the nickname of “Evil Chris” stuck. Now I end all of my forum posts with the evil emoticon and I’m actually rather pleased to be known by it. The fact that I eat the occasional puppy has nothing to do with it.