Today was the World Premiere to the public of Dragon Age 2. I love that statement. I think people get used to the word “premiere” and don’t get what a big thing it can be. Until Thursday, outside of those of us from BioWare & EA, only 10 people in the world had seen Dragon Age 2 (the folks from Game Informer and some EU press). If you were the first person in line when we opened the doors just afternoon yesterday, you were the 11th person ever! I think that is pretty damned cool. 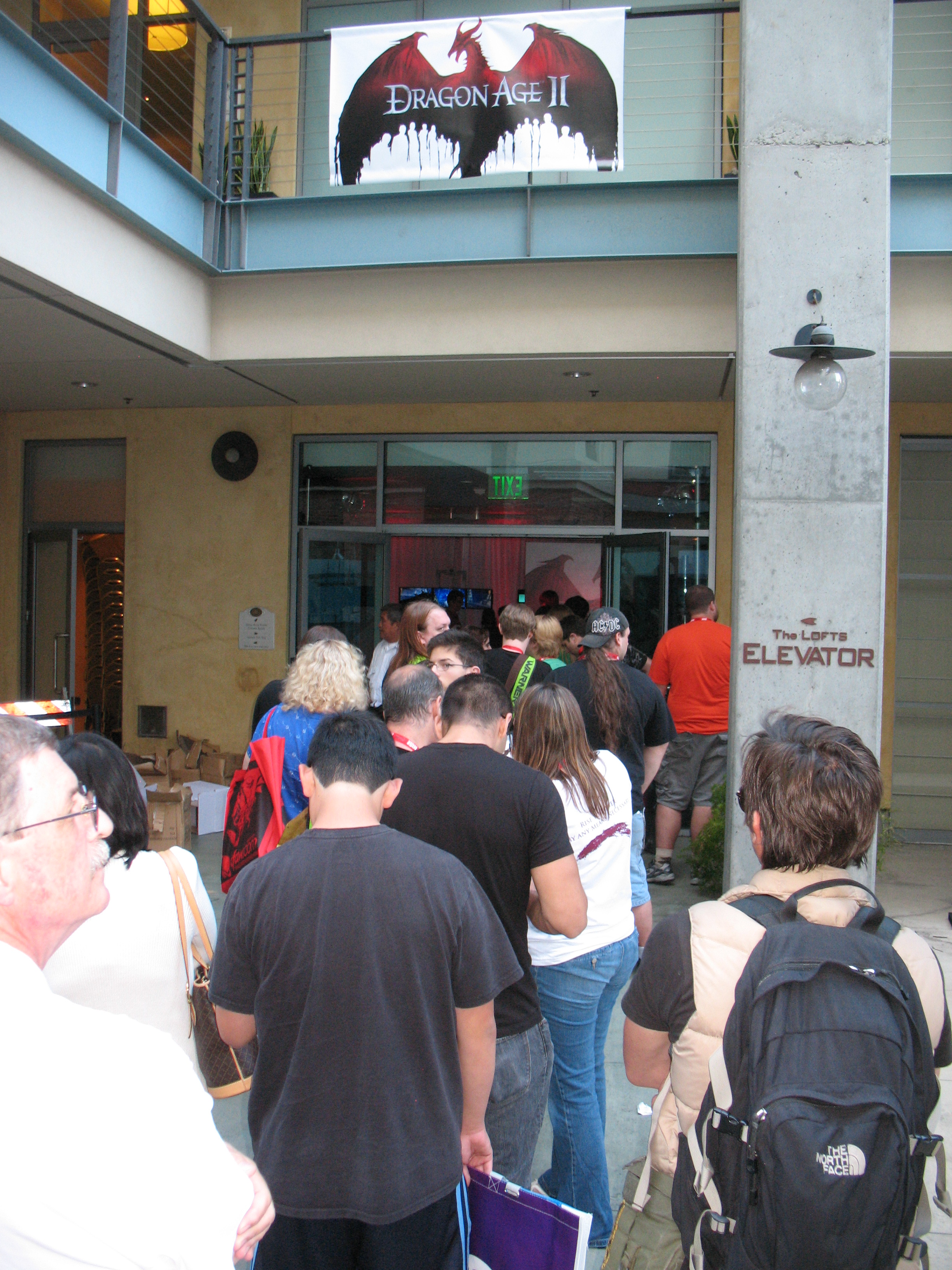 Yesterday was a darned fine day. We did have a technical problem that borked 4 of our 16 machines, so the wait in line was a bit longer than we had planned it to be. The great thing was, our fans were willing to wait and  think for the most part, enjoyed what they saw on getting in. For your patience, we thank you.

The demo is a combination of demonstration by us, where usually Mike Laidlaw the Lead Designer, or David Silvrman, the DA Brand Manager, explain a bit about how we have improved Dragon Age 2 and actual hands on time playing the game. While we think the game is better in many ways, we want fans to experience the combat for themselves.

Hopefully more of you fans will make it down to our booth today. We are giving away blood tattoos, free DA2 swords (better and cooler than last years model) and have  kick-asss room where we have fixed the tech problem so more people can play the game. Me, the other BioWare guys her, and teh fine folks from Viseral Studios who are showing Dead Space 2 in an ajoining room what you to come down and have some fun playing 2 great games.  Plus, you can ask youe Dragon Age questions to Lead Designer Mike Laidlaw. He’s actually a really nice guy and hardly killed anyone with his staff of might yesterday. Hardly. 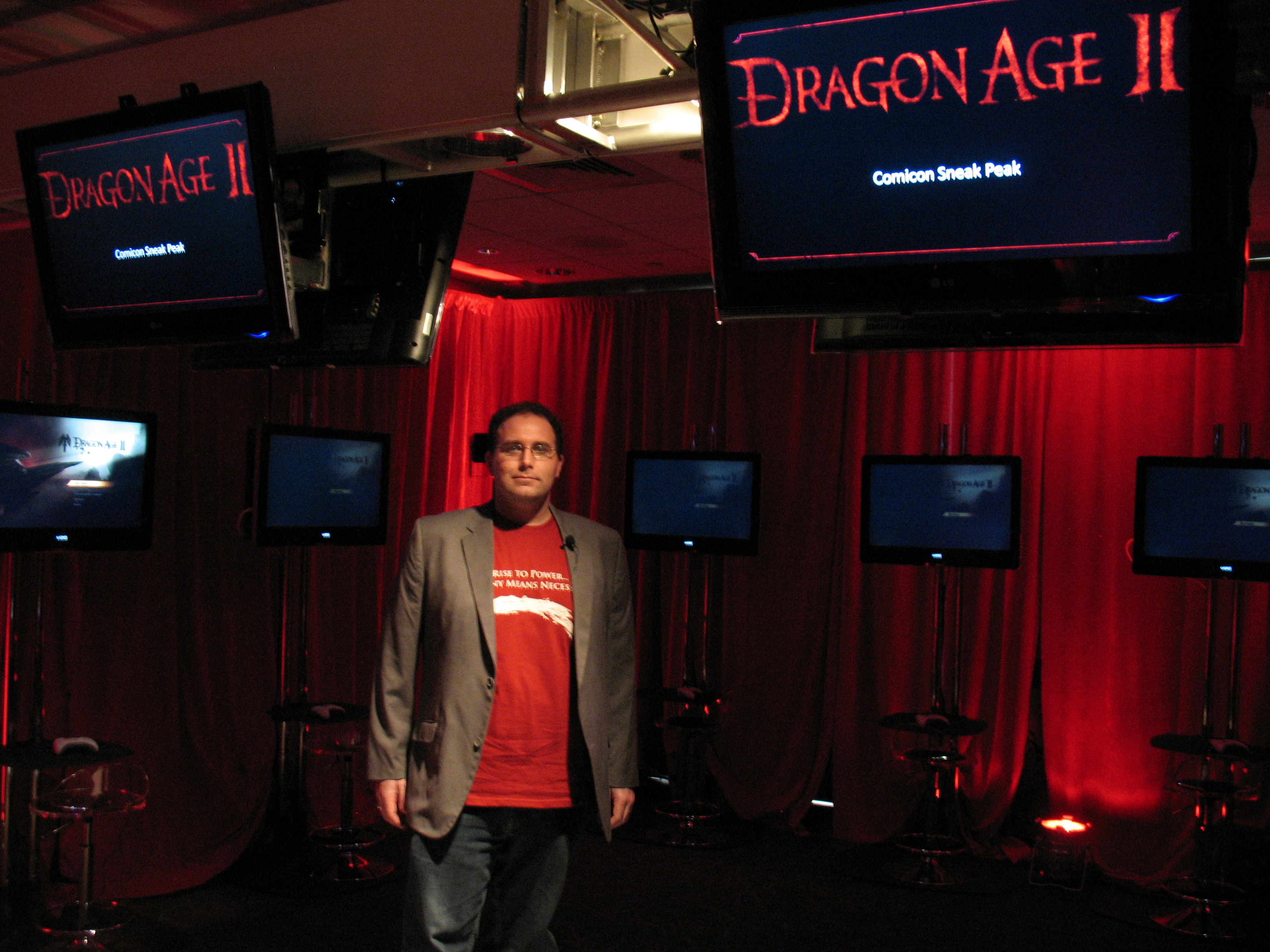