At its heart, Dragon Age Journeys: The Deep Roads is a tactical RPG. We employ a hex based combat system reminiscent of the classic Heroes of Might and Magic series, but instead of giant armies of units, you control up to three heroes with stat systems and talent trees taken directly from Dragon Age: Origins. Over time, these heroes gain experience, level up, learn new talents, get new loot … all the familiar RPG elements. This allows you to take on bigger and badder enemies from the Dragon Age world, such as darkspawn monsters Genlock Alphas and Ogres. 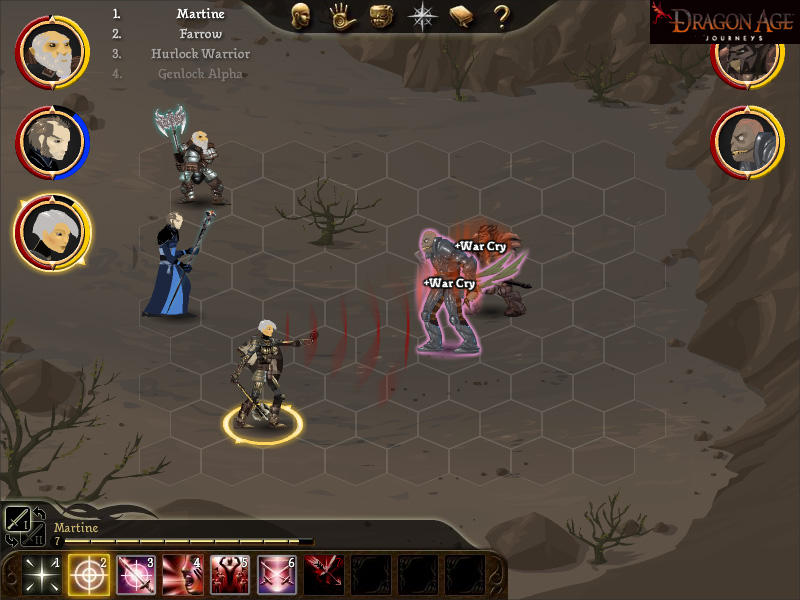 In each battle, units take turns moving across the field, using ranged and melee attacks, casting spells, drinking potions and using talents. The basics of the combat system have been set since early in the project, but we were feeling that our combat wasn’t deep enough and didn’t force you to work strategically. So, we took the time to iterate on this system and eventually hit the sweet spot where there’s a combat system that is both tactical and engaging.
It wasn’t any one major feature, but a number of small touches stacked on top of each other that resulted in the recipe for success:
• Monster Secondary Attacks: We added two special attacks to each type of enemy, so that they were no longer only using a basic ranged or melee attack. 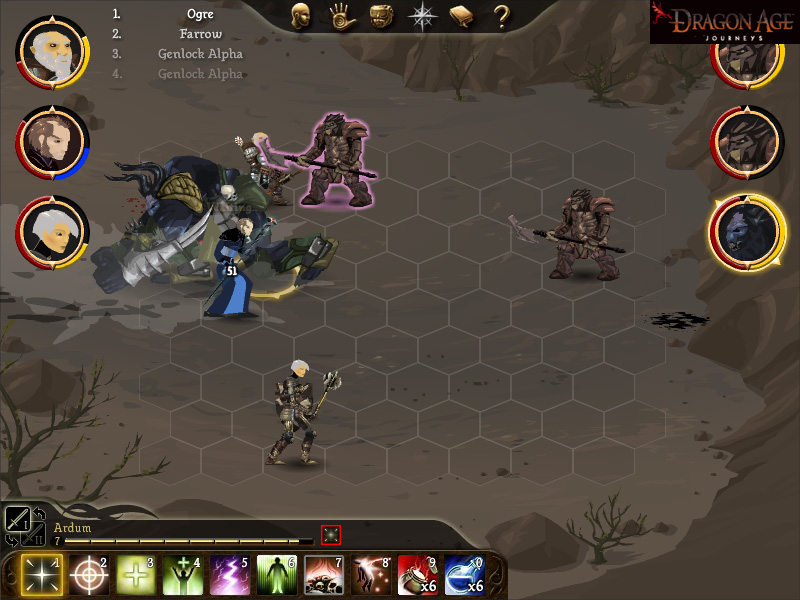 • Movement Rules: We changed the rules of movement. Previously, on your character’s turn, they could move once and then attack, use a talent, drink a potion or end their turn. Players would frequently make a misstep and wish they were able to undo their move. Now, on a character’s turn, they can move freely anywhere within their walk radius before using talents or attacking.

• Talent Animations: We pushed the talent effects and the animations further, so there are more options and the results pay off in spectacular fashion. 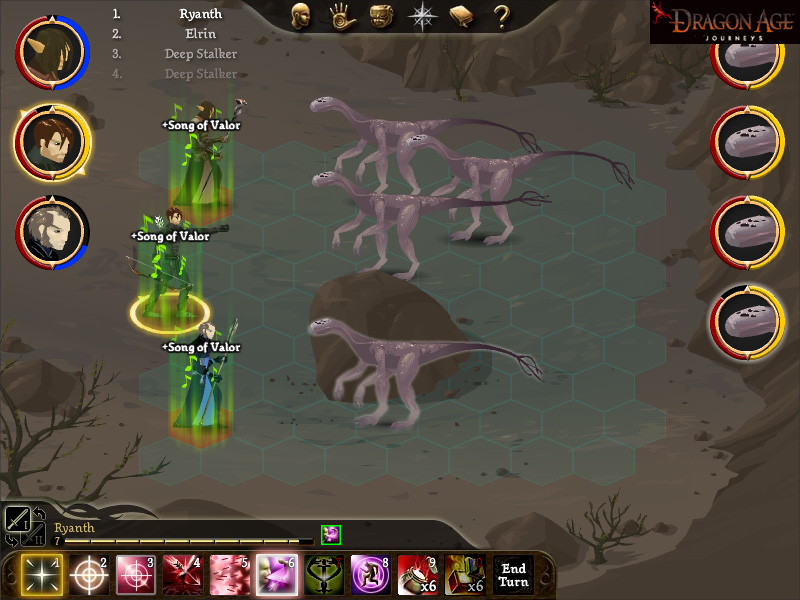 • Obstacles and Line of Sight: Throwing randomly generated obstacles onto the battlefield, combined with line of sight rules for ranged attacks, forced players to move around the field strategically, instead of getting into a base line duel. 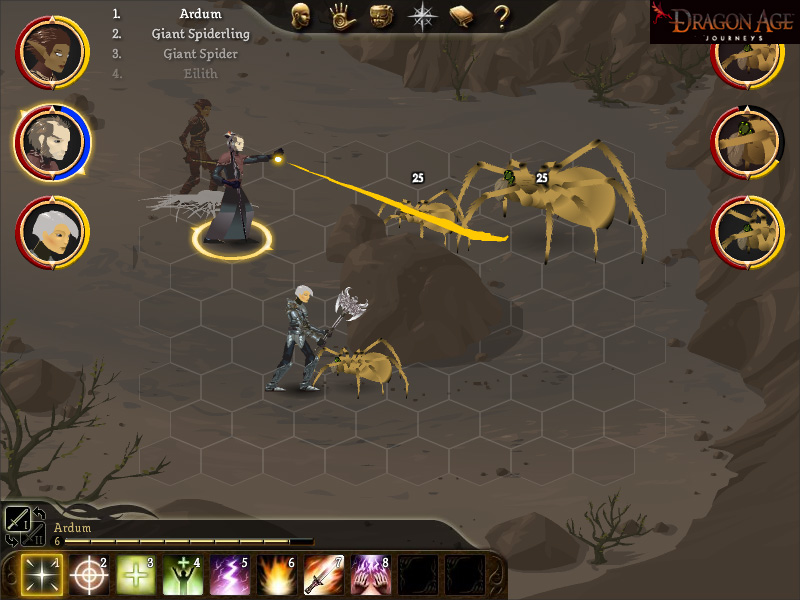 • Back Stab and Flank: We added damage bonuses for performing backstabs and flanking maneuvers, further emphasizing the importance of strategic placement of characters. 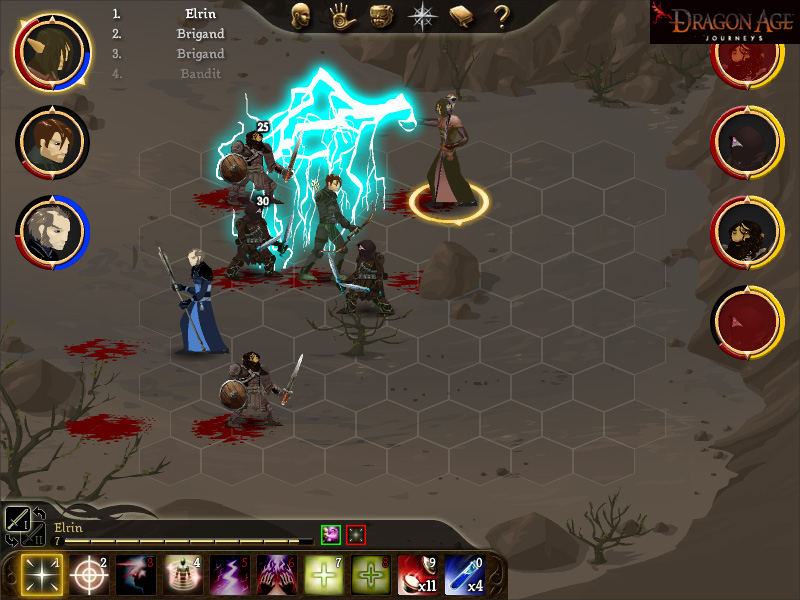 All the little things added up to create a deep, tactical combat system

By combining all of theses features together, we ended up with a deep, strategic combat system that really delivers on the potential that Dragon Age Journeys has shown all along. We are confident that with this game, we are taking a huge step forward compared to previous flash-based RPGs. 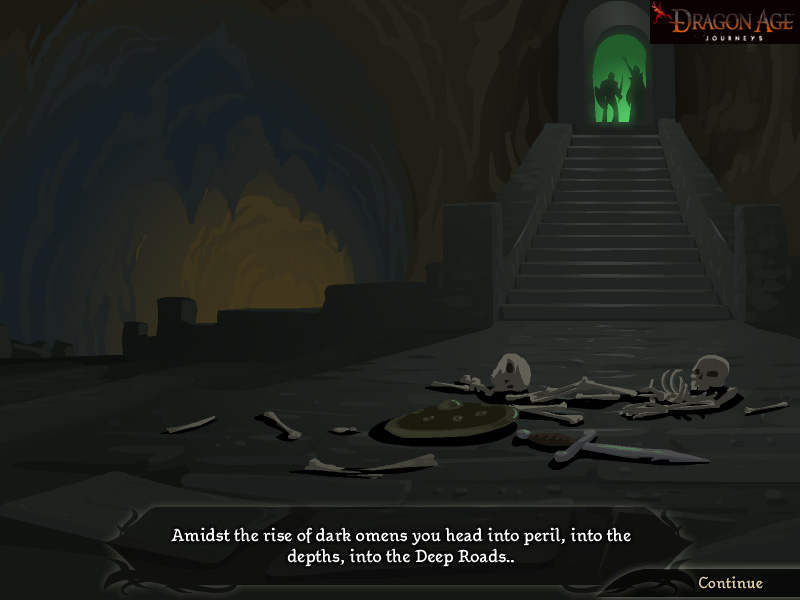 Join us in “The Deep Roads”