Part 1 of 1, by Karin Weekes and Jeff Vanelle 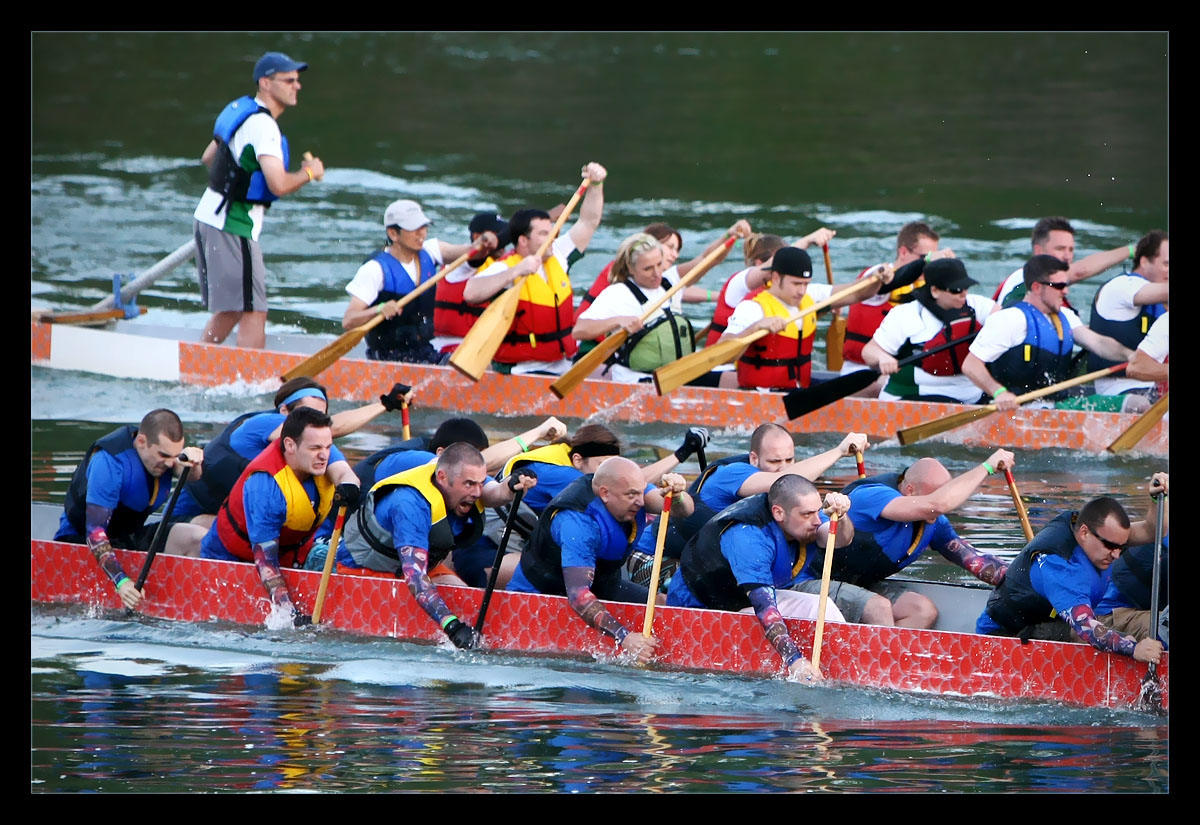 Back for their third year in the Edmonton Dragon Boat Festival, the medal-winning BioWare BioWarriors are proof that geeks don’t just game—they can paddle, too! The BioWarriors captured a gold medal and the Engineering Challenge category trophy in the festival’s Friday evening sprint races. After four seeding, semi-final, and final races on Saturday and Sunday, the BioWarriors grabbed a silver medal in the 12-boat “Edmonton A and B” racing category.

Drummer Theresa Baxter also captured the “Craziest Drummer” award with her voluptuous pink mermaid costume, and the BioWarriors’ fantastic coach of three years, Dennis Lefevbre, not only coached and steered the team to its third and fourth medal wins, but also captured the “Best Dressed Steersperson” award, himself. 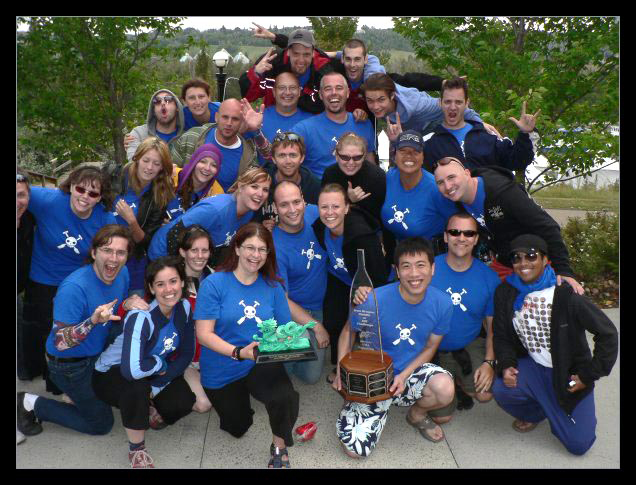 In addition to our team t-shirts (designed by Tyler Lee and printed by Celest Morris), paddler Sam Johnson suggested the team wear Dragon Age promotional “tattoo sleeves” on their paddling arms. (Many thanks to Jeanne-Marie Owens for providing these!) The sleeves sparked myriad questions from spectators and other teams alike, ranging from “So, you guys are video game designers – and you’re out here being… athletic?” to “What date is Dragon Age: Origins being released? I CAN’T WAIT!”

The team’s jade dragon trophy is now settled in the BioWare reception area awards display, a majestic companion to the white dragon from last year’s festival. The BioWarriors hope to bring home a third dragon in a new color from the 2010 festival next year!

Karin Weekes is a Technical Editor and Jeff Vanelle is a Principle Lead Artist. Both are currently hard at work on Mass Effect 2.