Part 1 of 3, by Jay Watamaniuk 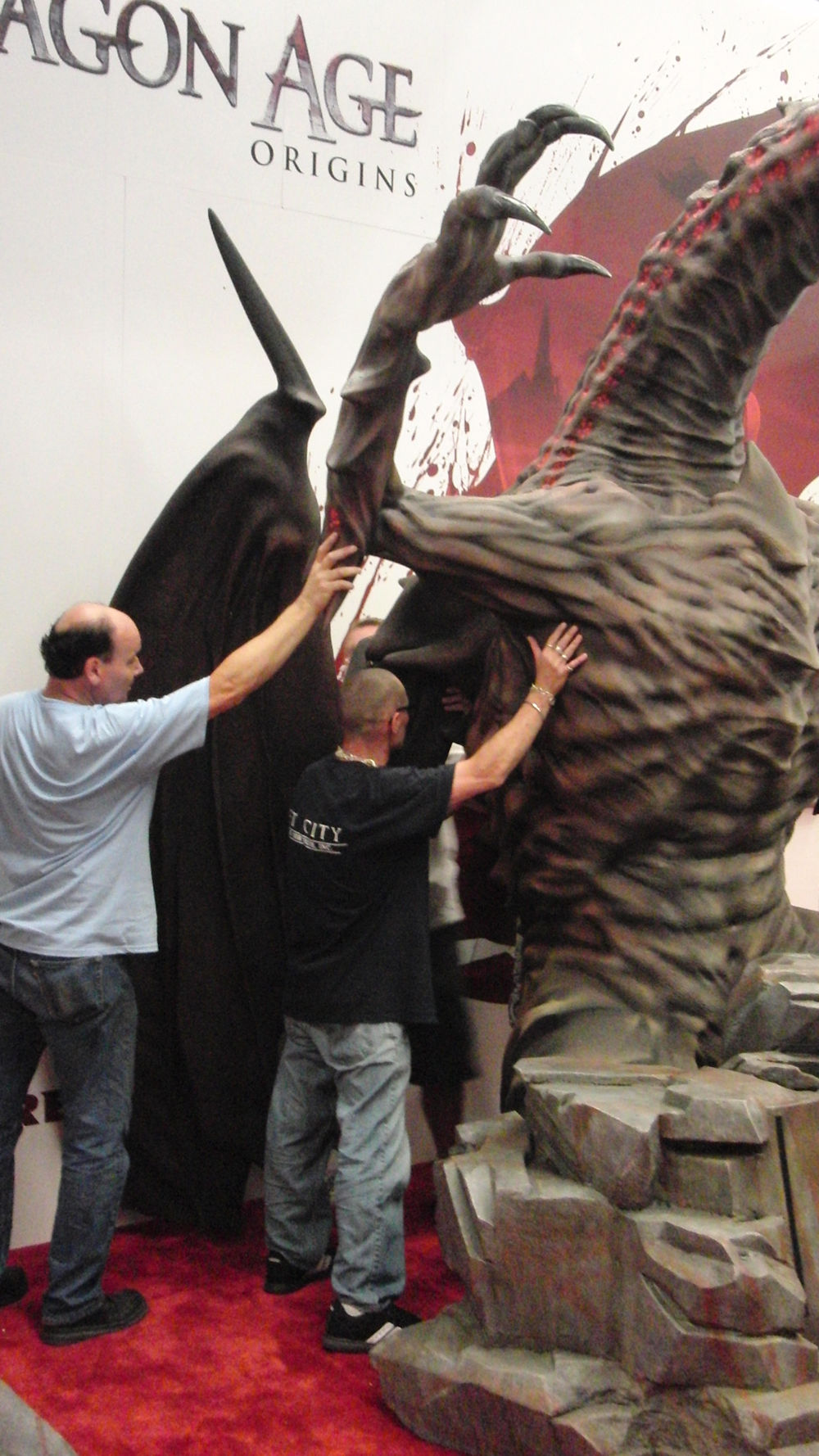 I’ll keep this short as I am currently not on the show floor as I should be and am risking getting a spicy face slapping from the lovely and talented PR goddess Heather.

I arrived in town Thursday to a maelstrom of setting up activity. Forklifts, cables, men shouting, computers sparking, babies screaming, monkeys running around- it was all chaos. The work continued long into the night and even early this morning. BioWare staff needed to be on the floor at 8am to get everything ready and switched on for the parade of press that were due to arrive at 8:30am. The press did arrive (having been forced to wait in a looooong line outside the doors until 8:35 if you believe that. 😉 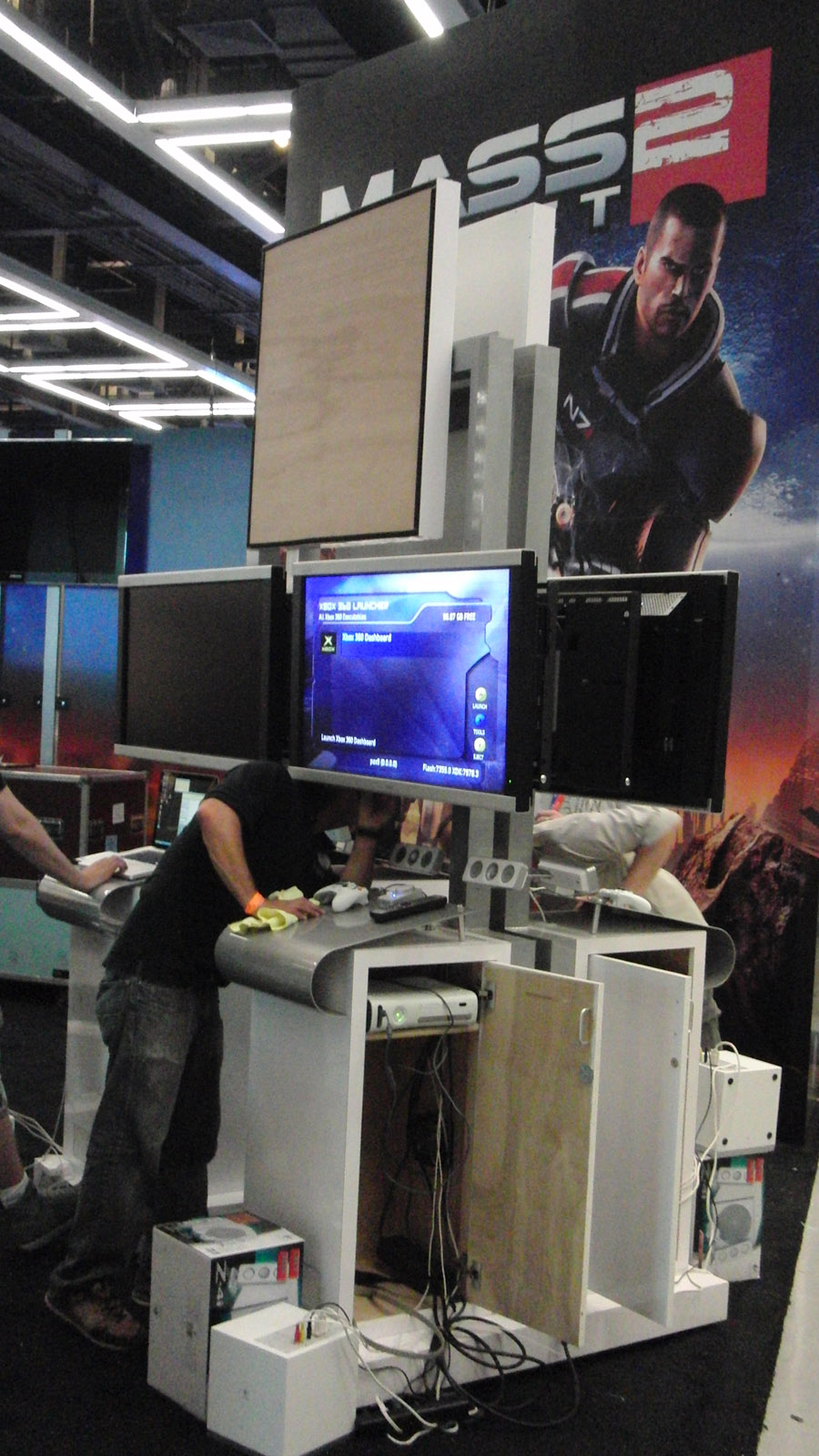 I grabbed a bunch of shots that Evil Chris will get up on our community Flickr account when he can be spared from tossing out inflatable swords to the massive throngs that poured in the doors at 10:00am this morning. And throngs they were that came pouring through the doors. In my experience Friday is busy, yes, but Saturday is usually the crazy day. I think that idea has been thrown out the window. I cannot image how you fit any more people in the conference centre show floor. I’ll be sure to post up some great shots I got while standing on atop the two-story tower in the Dragon Age booth. 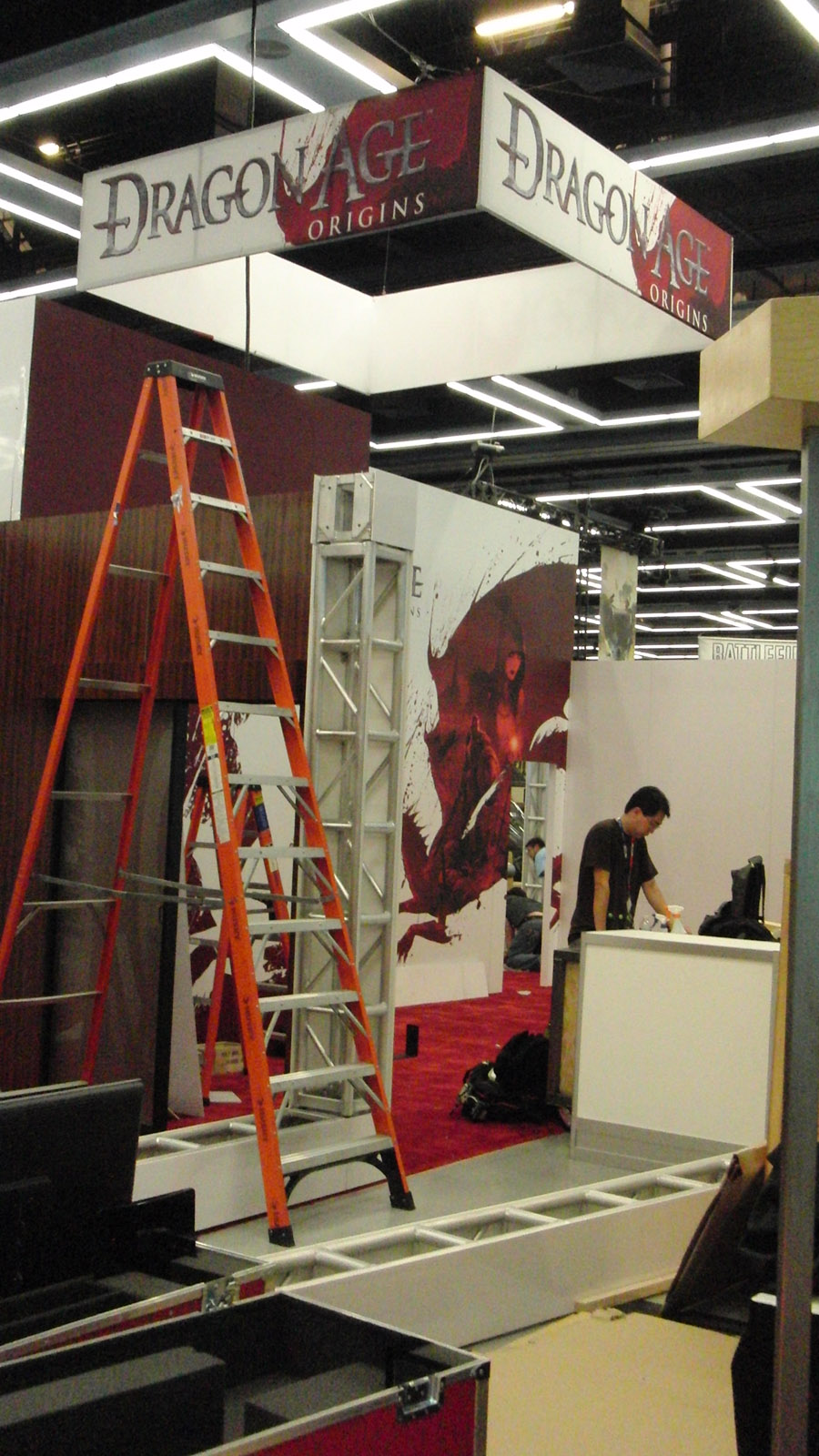 The show this year feels bigger. I grabbed a few minutes to walk around and what sort of booths were on display this year. Wow, bigger, better and certainly more money. It really looks like PAX has grown by leaps and bounds even from last year.

BioWare is showing off Mass Effect 2 and Dragon Age: Origins this year for fans. Both are playable and both will certainly make you a better person all around.

As a side note, the booth gods have blessed us at the Mass Effect 2 booth as we sit right beside a very fine looking dance game on the Wii. This is significant to all of us at the Mass effect 2 booth because the folks over there were thoughtful enough to hire presenters that all can show off the game’s signature dance moves. I suspect that might prove to be a little distracting during the next three days. 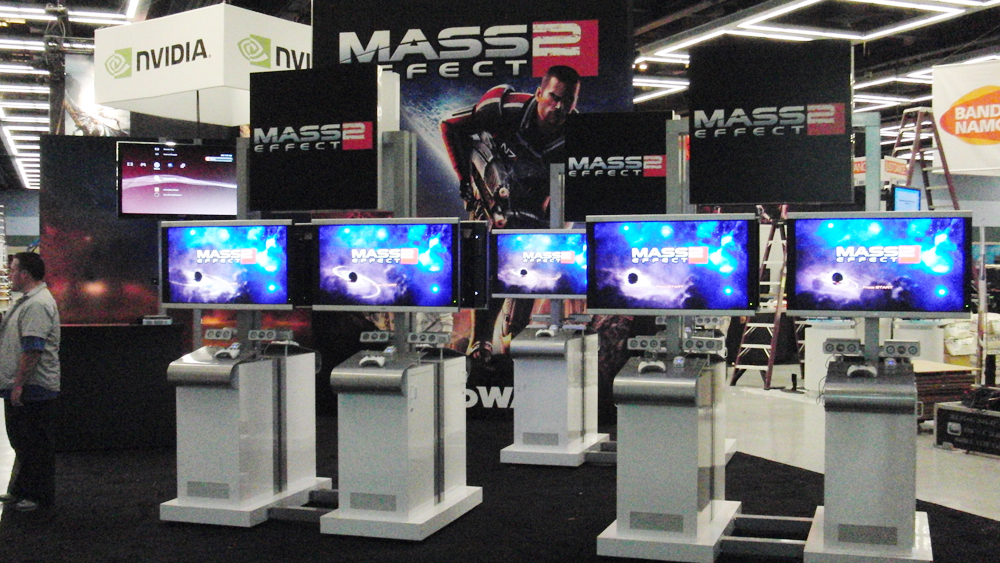