Part 1 of 1, by Evil Chris Priestly

There are few gamers (as a culture) more hardcore for role playing than the German gamers.

I know I’ll here a “but me and my friends are hardcore” from someone in Canada or Australia or wherever, but in truth, I do not think that as a country there are gamers more interested in RPGs than Germany (although Poland comes pretty close). Don’t get me wrong, North America will always sell more games, but that is in part due to the size of the US and Canada added together. We know we have a great deal of hardcore fans waiting for more BioWare RPGs in Germany, so I was very pleased to learn that we would be heading back to Germany this summer to attend the Koln Games Convention.

As Jay said in his blog entry Koln, or Cologne, Germany hosts a huge event where fans from all around Europe come to learn about their favorite upcoming titles. BioWare had a presence in 4 separate areas of the convention. We were in the EA Business lounge where Ray Muzyka was doing interviews and both Dragon Age: origins and Mass Effect 2 were being shown BCD (Behind Closed Doors) to the European press. We also had 2 huge rooms as part of the EA area on the show floor, one for Dragon Age: origins and one for Mass effect 2. And finally, we had been invited by the EA Germany team to show off both DAO and ME2 in the Community Lounge, which was in a separate part of the complex from the others. As Jay alluded in his blog, we had a little trouble finding the Community room. Despite being given clear instructions, we took a short cut and became hopelessly lost in a deserted kitchen that felt like a scene out of a horror movie. We expected a knife wielding maniac in a leather apron to leap out of an abandoned meat cooler and try to make schnitzel out of us. 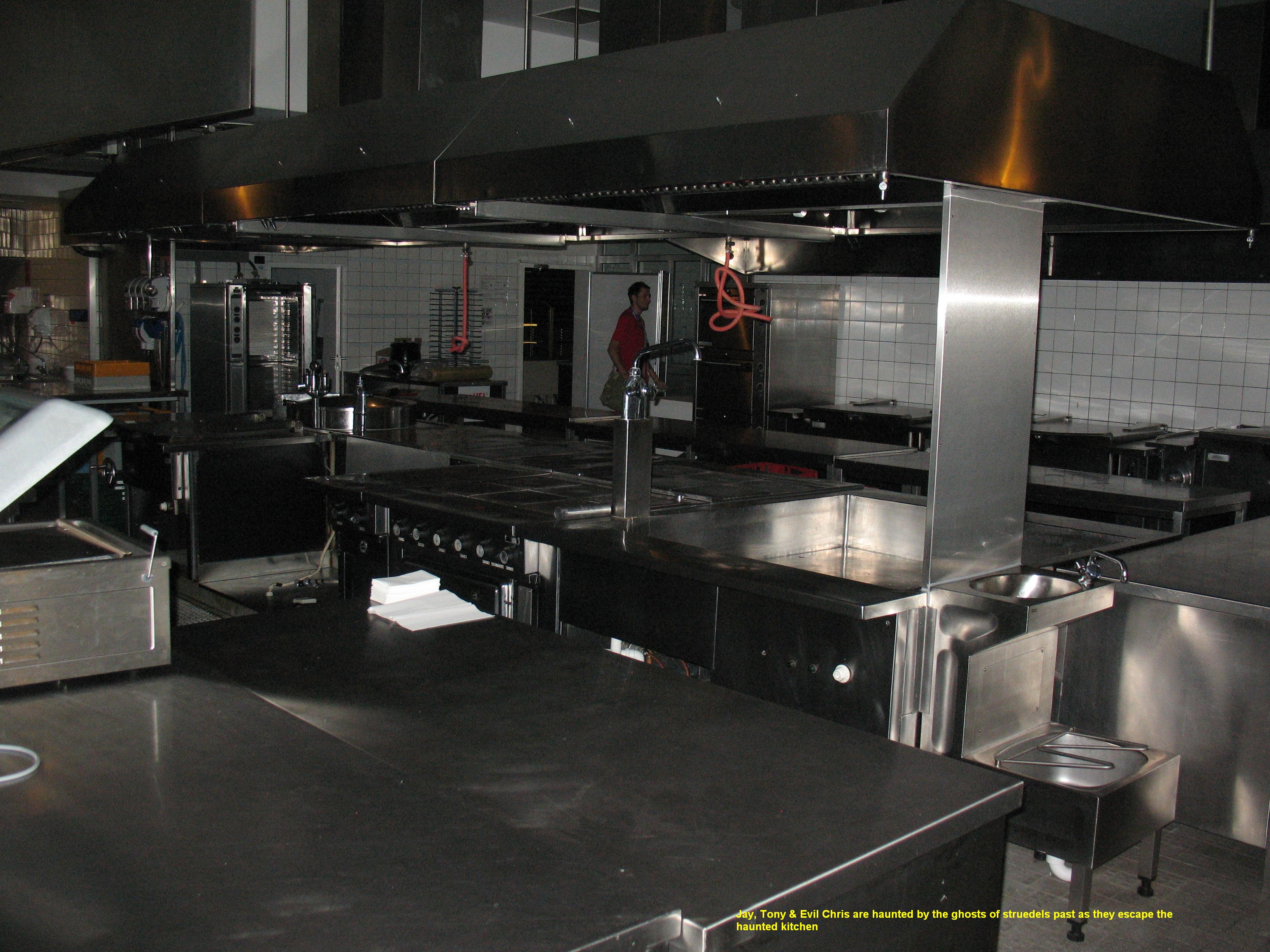 After scampering out of there with many a backwards glance, we called for assistance and were rescued by the German Community Manager who was stunned by our ability to not follow a simple map.

Both Mass Effect 2 and Dragon Age: Origins were a huge hit at Gamescom.

To be honest, I think the Dragon Age line was slightly longer than the Mass Effect line, but both lines were huge. For the entire conference, they had almost 300,000 people attend with over 100,000 on Saturday alone. The place was absolutely packed and there was barely any room to swing an inflatable sword or throw out a free t-shirt. The lines were amazing with some folks waiting up to 4 hours for a chance to get their hands on with their favorite games. When we would discover a hardcore BioWare fan, they would get invited up to the Community Lounge so they could have extra time with Dragon Age or Mass effect 2 as well as ask questions to us directly. We had a great time meeting fans from Germany, Holland, the UK, France, and many more countries. We even met up with a couple who, in their opinion, owed their lives to BioWare. He was a web designer who worked on the German BG2 site. He met her on the BG2 message boards and they are still together and still big BioWare fans. I may have to change my job title to “cupid”.

When we weren’t at the Con itself we were having a great time exploring Koln. If you have not had the chance, I really recommend coming to Germany.

The people are friendly and very understanding of our lack of German language (I took a class in junior high almost 25 years ago and had to act as really bad translator). There is a lot to see and do here from walking along the Rhine River, beer, plenty of museums and art galleries, beer, great shopping, beer, really good food and beer. Did I mention that there is beer? I know there are other beverages, but we spent a lot of our time researching this ‘beer” thing. We even accidentally spent an evening at one of Koln’s gay establishments where we were warmly included in the singing and drinking by the friendly locals. We had a great time. The only drawback at all was Jay “I’ll drink it if it has fruit and umbrellas in it” Watamaniuk who doesn’t like beer.

Likely the most impressive thing in Koln is The Dom Cathedral. This massive structure is over 1000 years old and is incredible to be seen and explored. The church welcomes visitors and allows pictures and tours except during mass. Even though I am not of any faith, I found it very interesting to walk among the icons and architecture and really get a feel for the building. Something that we found especially neat was the Dom at night. There are lights on the nearby buildings that shine out and illuminate the cathedral. These lights also bring out a breed of birds who swoop around eating all of the bugs that the lights attract. In a rather cool Dragon Age cross over, these birds are referred to as the “lightspawn” by the locals. Upon hearing this, Lead Designer Mike Laidlaw began to work the idea into Dragon Age 2. 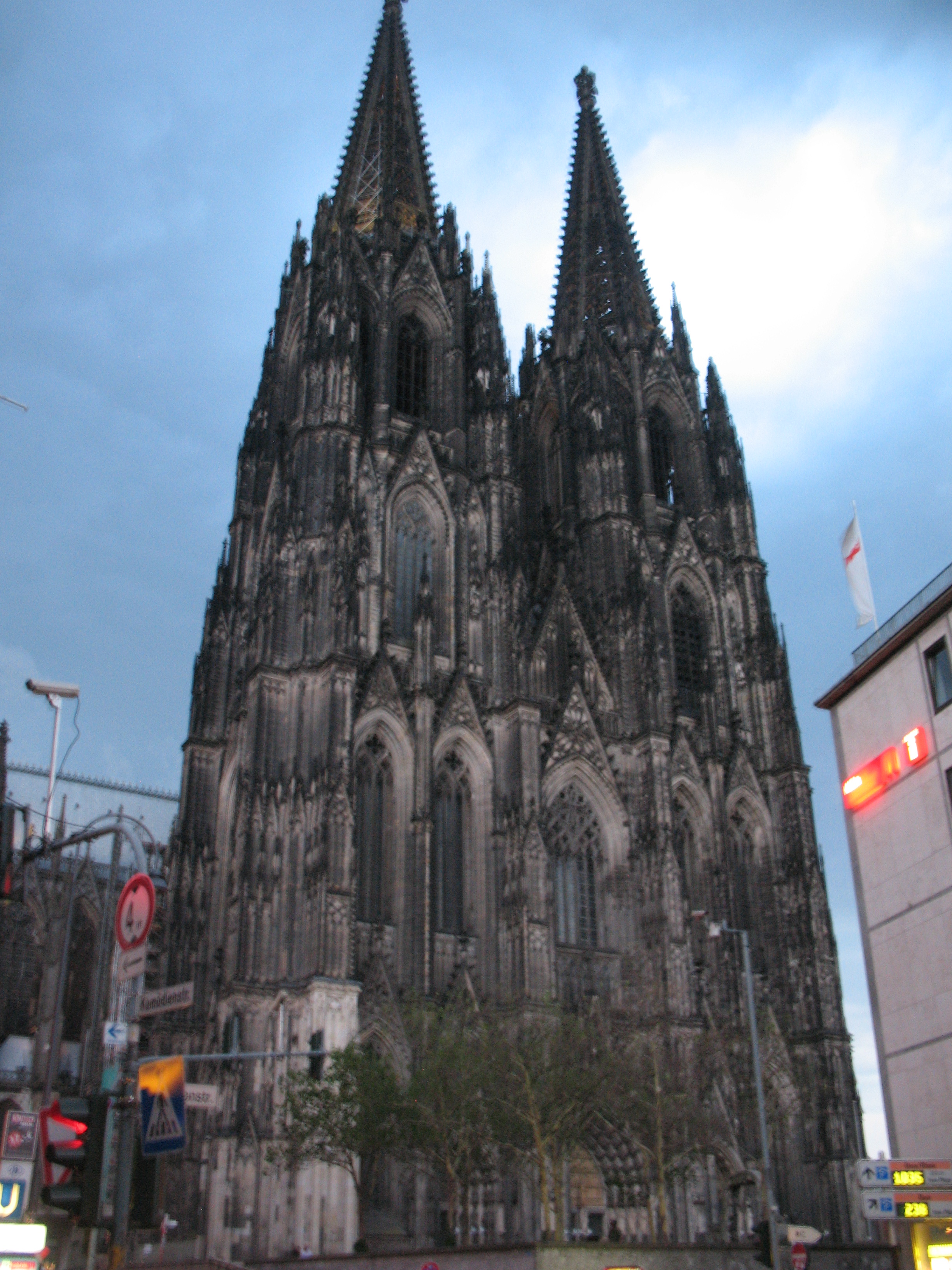 So BioWare had a great time at Koln Gamescom. Both our games showed great, the fans really loved getting their hands on the games early and we all had a great deal of fun. Will we be back next year? I sure hope so. We will have shipped Dragon Age: Origins and Mass Effect 2 by next summer, but there is always DLC and a few secret projects up our sleeves. So BioWare fans, Danke Schon for your hospitality this year and keep your eyes out for us again next year.