I got up at 4:45am to a catch a flight and before you can say ‘Dieses ist die neue scheiße’ I found myself in Cologne, Germany to help show off Dragon Age: Origins and Mass Effect 2 at the biggest video gaming event in Europe. Something like 340,000 tickets were pre-sold for the event. That’s a big event which means lots and lots of crazy gamers from all over the world to preview videos games, eat bratwurst and feel under-dressed compared to the stylish locals. 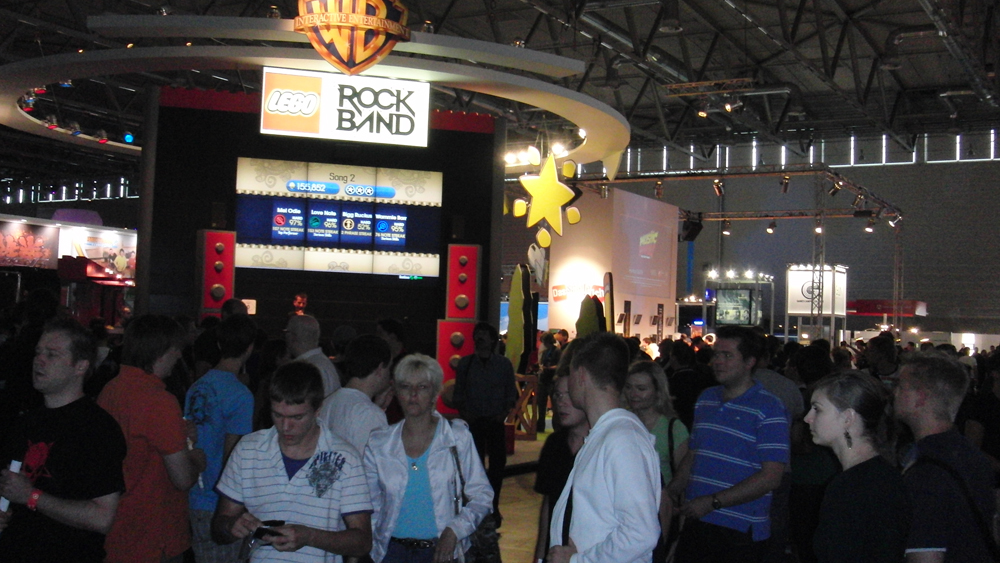 BioWare was found in three locations around the massive convention centre, which is so large I couldn’t even find the main show floor for a solid 30 minutes of wandering around. When I did find it, I snuck into the Dragon Age booth and nodded sagely at the hordes of people tucked away playing or lining up for the chance to do so.

Right next door was a similar booth for Mass Effect 2 which also was almost impossible to get into to just take a peek. Just above both booths a massive EA video screen played a loop of the games being featured at the show.

I sauntered over to the EA Business Lounge which a huge closed off area for developers to give secret demonstrations to press, VIPs and other developers. The theme was something like ‘Wonderland of Ice and Giant Plushy Sugar Cubes’. 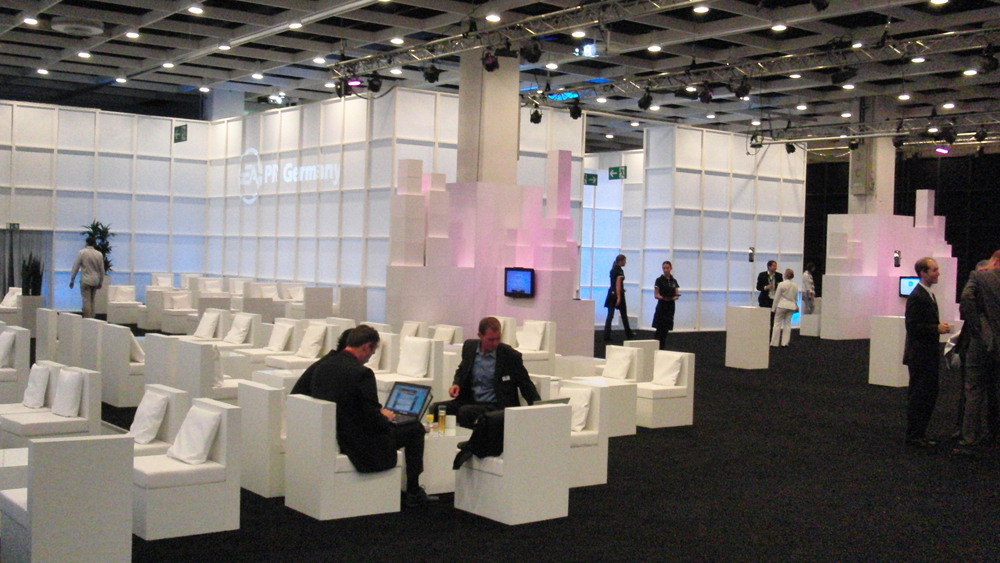 One could grab a drink at the bar, some food and lounge around on the sugar cubes or steal away to one of the many game demonstrations being shown in the individual rooms constructed for the games being shown. Lead Designer, Mike Laidlaw was hard at work showing off a demonstration which featured a choice that could result in having to kill some of your own party members or facing a guardian dragon. Yes, the designers feast upon on your salty, salty tears.

The third location for BioWare was still under construction was the Community Lounge. This was to be a bit of an oasis of calm amidst the storm of screeching monkeys that was the show floor. Fans could come and play their favourite games in peace and quiet while getting help from tranquil developers grateful to be far from the maddening crowd. I will let Mr. Priestly describe the adventure we had trying to find the community lounge and leave you with this small preview: ‘murder kitchen’. 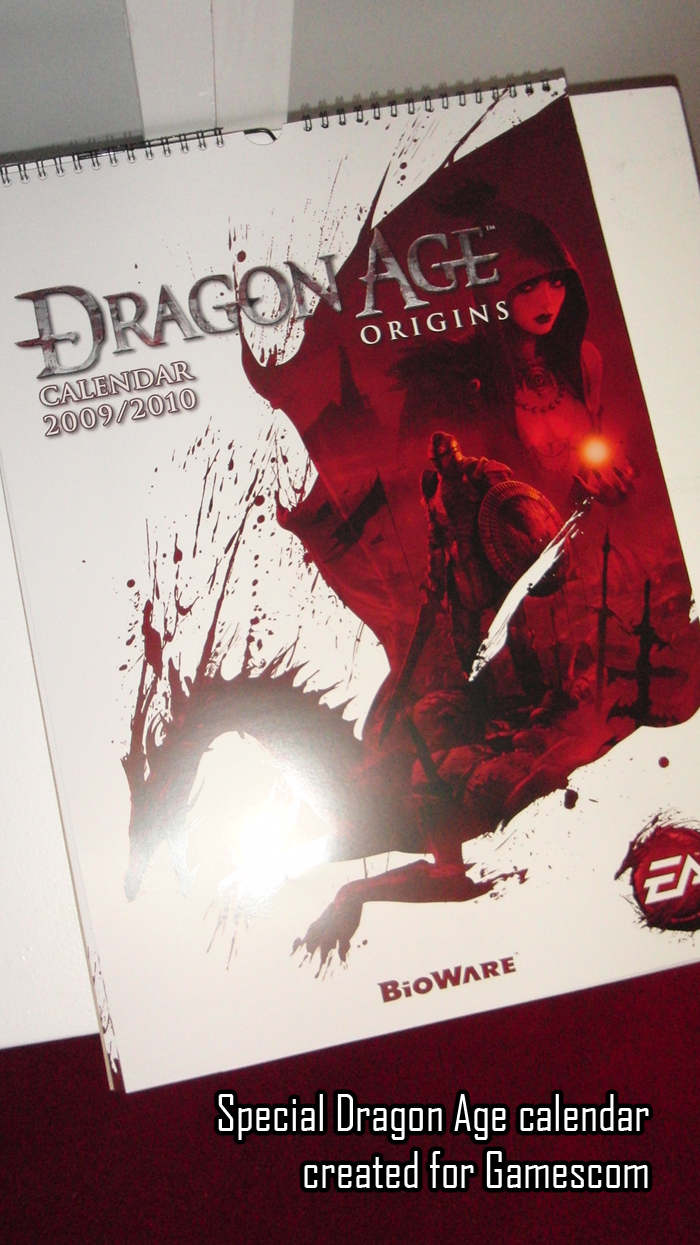 We helped get the computers up and running the demonstration build of Dragon Age on the PC which would allow fans to play all of the origins stories from start to finish. I took the opportunity to play through the dwarf noble plot one more time and this time around I was a complete jerk. Excellent.

The next day we had a big presentation to a large group of fansite operators and super-fans who had been invited. Mike Laidlaw rolled out his best presenter voice and managed to keep everyone entertained while we frantically tried to solve a major computer glitch that had us phone Edmonton, Canada to get it sorted out (thanks Dave McG!).

Today Chris and I did some interviews for EA’s online sites and got a chance to talk about life at BioWare as a developer and what exactly the difference between my job as Community Manager and Priestly’s job as Community Coordinator which essentially comes down to how effectively you can dodge doing real work by handing it off to other guy. Thus far I’m winning.

Chris will have his recap up next!