Part 2 of 3, by Evil Chris Priestly

In my previous blog entry, I said that despite having a great time at the famed San Diego Comic Con in 2008, I didn’t think we were going to be able to attend in 2009. Y’see, the SDCC is THE premiere Comic Con event in the world. Oh sure, there are other up and comers, but due to the fact it has been around 40 years, always brings in the top companies, artists, writers, etc in the industry and, due to San Diego’s proximity to Hollywood, they get to bring in some big name movie and television stars to the show 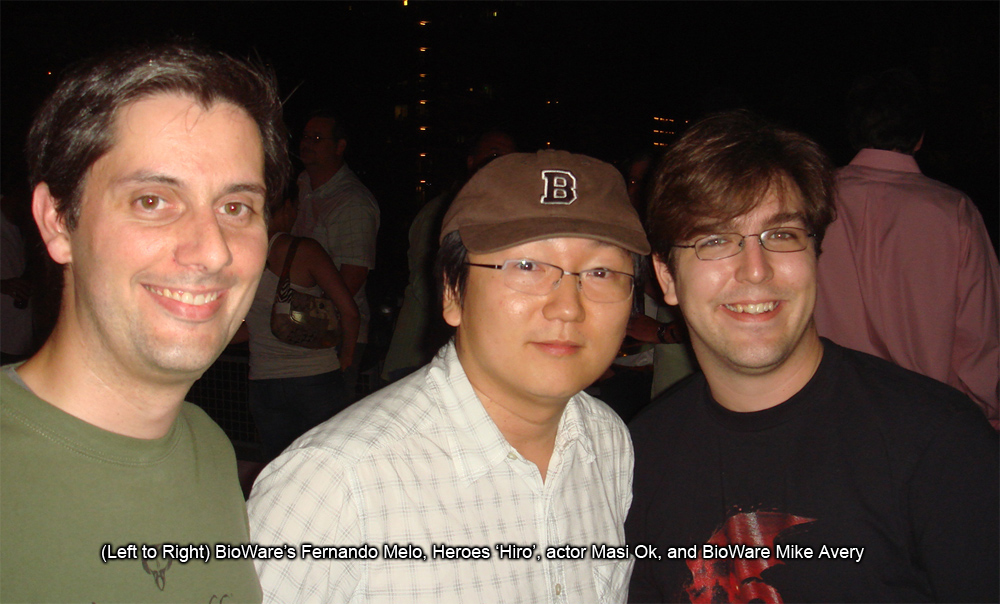 (See picture of Fernando, Hiro & Mike). Due to its massive popularity, any space inside the convention center is booked years in advance, so it did not look like we would be a part of the Con this year.

Then, earlier this year, the main force behind the EA booth invited Dragon Age: Origins to be part of the booth along with some other great EA titles (like Dante’s Inferno and Brutal Legend). Naturally, I jumped at the chance and began to plan our presence in the EA booth. Due to the fact that space was limited and that EA has many great games coming out this year, we were only going to be able to have 2 kiosks available for fans to play the game at. While this was a little disappointing, it did mean our fans would get to play Dragon Age: Origins and, I would get to return to Comic Con this year.

When word of our booth space got back to David Silverman (he is the brand manager for Dragon Age, so it is his job to make DA as well known as possible) he said that this just wasn’t good enough. David wanted to get a much larger impact for our game to the hordes of fans at Comic Con, so he came up with a great idea. Instead of being a small piece of a large cool booth, we would be a large piece of a small cool booth. David set out to partner with a few other cool games (Left 4 Dead 2, Battlefield 1943 and Battlefield Bad Company 2) to form our own “gaming lounge” where our fans could come and play our games in a more relaxed atmosphere. 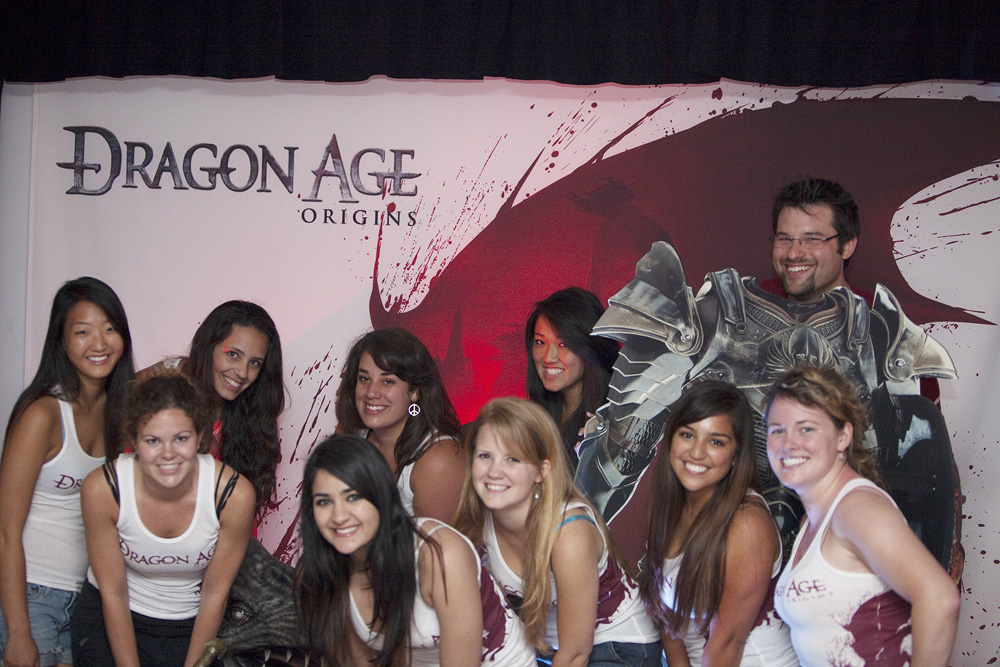 Now, the only problem with trying to hold some event in San Diego during Comic Con is that the Comic Con is pretty darned powerful. There is a lot of money brought into the local economy what with hotels, bars, restaurants, stores, etc all benefitting from the influx of fans attending the Con. As such, the city of San Diego does what it can to keep the Con in San Diego each year. We learned this as we began to call around to try to find somewhere we could host our lounge. We were lucky that the Hilton Gaslamp hotel had some room available and we were all ready to book it and make plans when the nice woman on the other end of the phone said “We’d be happy to book you the space, as soon as we get permission from Comic Con to do so.”

Since San Diego wants to keep the Con in town, many of the local hotels, bars and restaurants work closely with the convention organizers to make sure that for the days the San Diego Comic Con take place, the Con is THE most important thing taking place in downtown San Diego. While this is a great idea for the Con, we did not know how this would affect our plans for a Dragon Age: Origins room and the EA Games Lounge idea.

What happens to BioWare? Will they get their space in the hotel? Will we be able to show our fans Dragon Age: Origins? What will we do with 30,000 inflatable swords if we can’t? Stay tuned for the third and final installment of my San Diego Comic Con wrap up and find out!