Part 4 of 5, by Jay Watamaniuk

The EA Gaming Lounge threw open its doors at 2:00pm and we already had a line up. Our lounge is right across the street from the Con so we weren’t sure what the traffic would be like but it appeared to be no problem all day. There was all kinds of t-shirts from Battlefield and Left 4 Dead and we were handing out our Grey Warden swords in bunches. I believe by the end of the day we had handed out around 4000 inflatable swords which are no doubt being used to bring many younger brothers back in line across the fine city of San Diego.

Dragon Age had every console station and PC busy all day with BioWare staff moving around and making sure everybody knew had to wrangle the control schemes on each system. 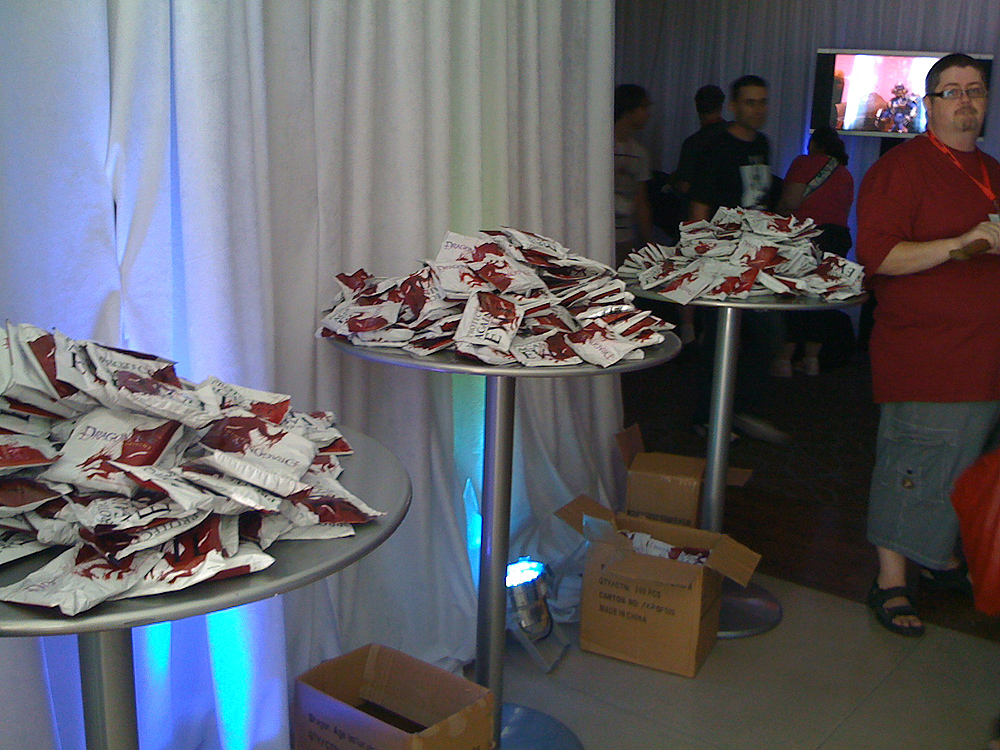 Mike Laidlaw did a short demonstration on the impact of choices within the game- have no fear, a video of his full demonstration will be coming to a website near you soon. Mike’s demonstration saw two different parties on two different computers starting at the same point in the game. They were both attempting to get in to the Mage Tower and deal with a crisis there. He took the fans through the difference in having Morrigan vs. having Sten in the party (intimidating the ferry guard vs. giving him cookies- I will let you decide which party member did what). Moving into the tower the choices became much more grim as he showed a party convincing the powerful mage Wynne, to join the party vs. killing her and thus, removing her from the game completely. 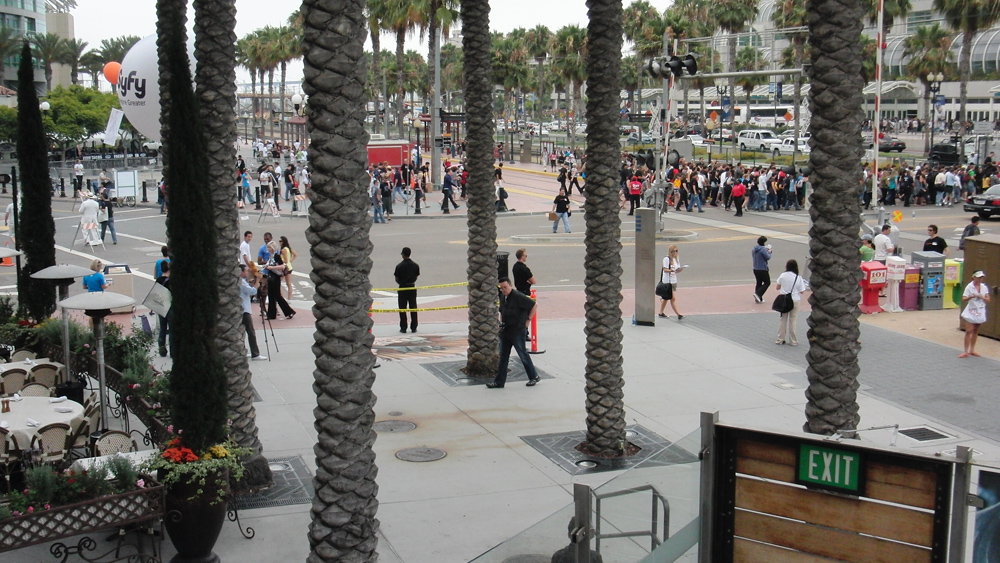 The last part was a boss battle that showed the difference in tactics the two parties employed. One used a great deal of spells from a distance and had Wynne to heal. The other had a more melee fighters and had to rely on potions and defense to survive.

Towards the end of the day we had a surprise visit from Jerry of Penny Arcade fame.
We wrapped up at 9:00pm and headed off to a very fine Mexican restaurant a few blocks away from our hotel to celebrate a successful first day.

Some of us may have gone to see GWAR afterward. That, gentle readers, is a story for another time… 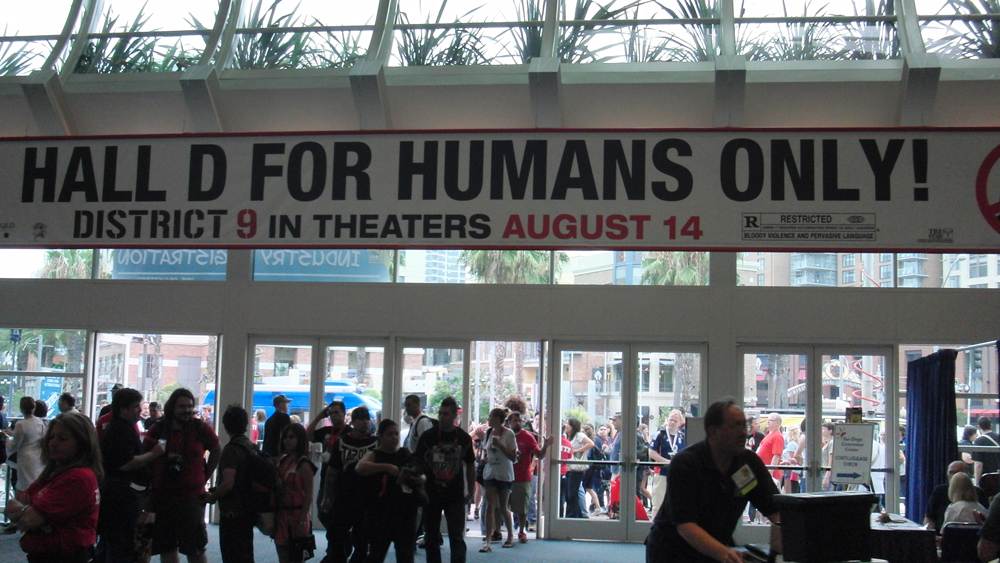