Part 2 of 4, by Jay Watamaniuk

Big day down at E3! We stitched up a quick video to show off some of the goings on down in L.A.

Gamespot
“Dragon Age: Origins is shaping up to be an impressive and dynamic RPG with loads of combat and character development.”

1Up Game Videos
“Like a revamped Baldur’s Gate, Dragon Age lets you take control of your party and patrol the countryside, fighting animals, demons, and dragons.”

Shacknews
“Anyway, the remaining few minutes of the demo were relegated to the reveal of the first dragon in Dragon Age. It was an impressive fight, but I’ve never doubted BioWare’s ability to create an engaging fantasy combat system. It’s the engaging fantasy world that I have yet to see evidence of.”

Top Ten Reviews
“We even had the chance to step behind the Xbox 360 controller and take Dragon Age for a test drive. As a longtime CRPG player, Bioware fan and D20 roller, I’m feeling really good about Dragon Age: Origins. Disregard the nu metal trailers, Dragon Age looks like the real thing.”

PS3 Attitude
“Not only that, but the language in the video soundtrack is as blue as the blood-drained corpses left in our hero’s wake. Consider yourselves warned…Should we be put off by this level of gore and violence? Of course not! It’s refreshing to have a console-bound game as dark as this.”

For a complete listing of press highlights for Dragon Age: Origins go here

Joystiq
“Yup, this was the point in the demo that Hudson prefaced with: “What we’re about to show you is actually a spoiler that is from something that we will never show again outside the game.” So, consider yourself warned before you read on for the the long answer to: Is Commander Shepard alive or dead?”

G4
“I did not expect Mass Effect 2 would impress me as much as it did. Moments after leaving the 20-minute hands-off demonstration by Mass Effect 2 project director Casey Hudson, hours before I’d be able to compose my thoughts here, I sent a message to my Twitter page announcing that Mass Effect 2 slammed my jaw to the floor.” 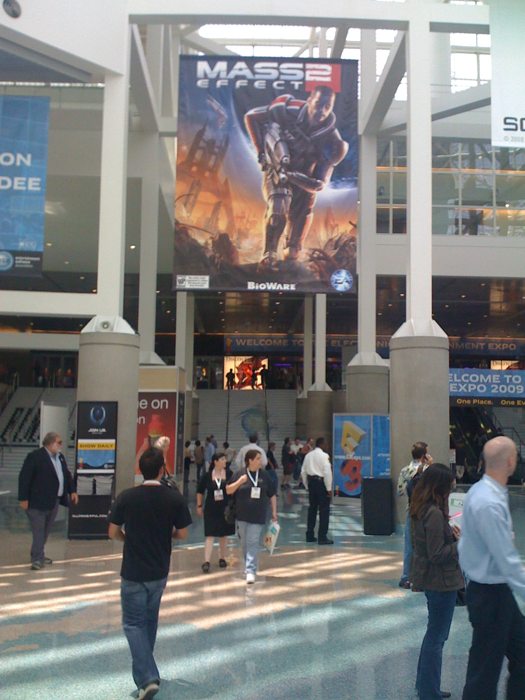 Gamer Tell
“From what we can see and what was pitched, it seems like something that would be well worth the time to develop it and the time it would take to play. We’ll be finding out sometime in early 2010 when the game is released for Xbox 360, PC and PS3. Prove us right about the quality, BioWare. ”

Geeks of Doom
“While we’re still not sure what the sequel holds for us, this new E3 preview shows us a lot, and allows us to breathe a cautious sigh of relief. I still think there’s more to it all, but for now, it’s more than enough.”

Game Zone
“Mass Effect 2 is on pace to deliver a compelling blend of fantastic storytelling, deep RPG features, and intense action. Look for it to release early next year.”