Part 3 of 4, by Jay Watamaniuk

Some kudos for BioWare’s showing at E3 in general:

The Globe & Mail
“The company’s credibility among core gamers has received an undeniable boost via its recent acquisition of Edmonton-based BioWare, which is showing a trio of exciting new role-playing games set to be released over the next year.”

Geeksploit
“BioWare are trailer gods. Bioware’s trailers have always been good, but they outdid themselves this year with three.”

Destructoid
“It’s good news on the character-centric moral choices front, however, I believe BioWare isn’t stressing any of the older characters anyway. Mass Effect 2 is about Commander Shepard recruiting new guys — the galaxy’s baddest dudes — in order to survive his suicide mission.” 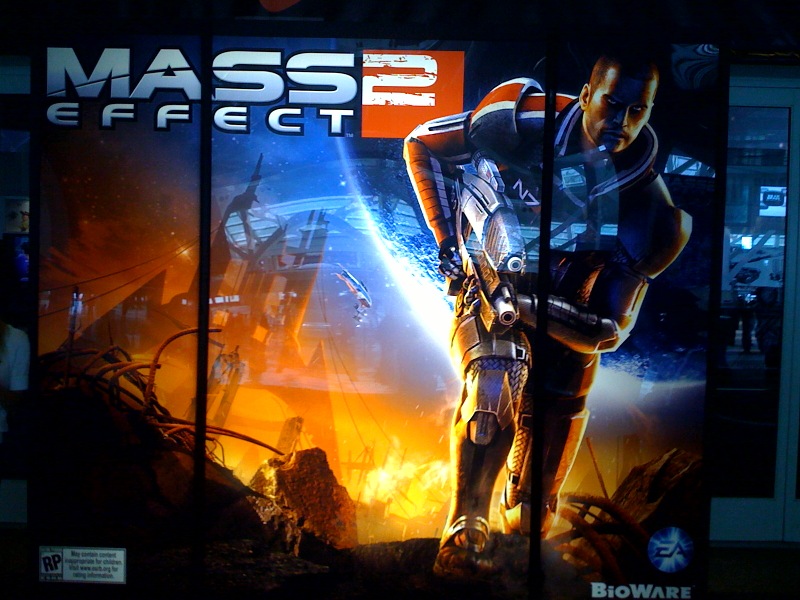 Game Focus
“Mass Effect 2 is shaping up to be an unforgettable RPG-shooter experience, taking players on a non-stop roller-coaster ride filled with stunning plot twists and no-holds-barred action.”

Destructoid
“Mass Effect 2’s entire story-arc encompasses a suicide mission — one that no one, perhaps even Shepard himself, expects Shepard to survive. That message from the teaser is one you’ll probably hear quite often. The shape-shifting protagonist isn’t supposed to live through the mission. Literally.”

Eurogamer
“With the rough edges knocked off the mechanics, and a lot more skill on display at handling conversations and framing the action, Mass Effect 2 seems to be balancing refinement with continuity as it heads to release.”

Games Radar
“How shall we put this? Mass Effect 2 blew our minds.”

IGN
“Now, is this the Mass Effect game that fans are hoping for? It depends on expectations. If you go into Galaxy looking for a deep RPG like the one you played through four times to get all of the achievements, you may be disappointed. This is most certainly an action game — and it comes across as a pretty arcade-like action game at that. So, do yourself a big favor and adjust those hopes. As a big Mass Effect fan, I’m curious to explore more of Jacob’s story and see how it serves to either link the two console games or at least set up Mass Effect 2.“

TUAW
“fans of the series will probably get used to it, because this game also recreates the other big draw to the Mass Effect series: the branching dialogue and strong storylines.”

Slide To Play
“Although Galaxy’s art style and gameplay are very different, it still feels very much like Mass Effect. Part of that is due to distinctive little touches from the console game, like the red, triangular targeting reticles. The pulsating techno soundtrack also made the jump from console to iPhone intact.”

We collected up some feedback from EA staff down at E3 about how things were shaping up:

IGN
“The goal is to create the most morally complex RPG in recent memory, where every decision you make can result in significant repercussions, affecting everything from how a character views (to the point where you may have a teammate try to kill you) to the outcome of the game itself.”

Gamespot
Dragon Age: Origins is shaping up to be an impressive and dynamic RPG with loads of combat and character development.

360.kombo.com
“The presenter told us that relationships between characters have a profound impact on gameplay, which is rather impressive. It can lead to a more or less effective party member in combat, and if a character is dissatisfied enough with your leadership they will leave the party entirely. In extreme cases, disgruntled party members will make an attempt on your life.”

Gaming Nexus
BioWare doesn’t disappoint when it comes to RPG and Dragon Age: Origins looks to be like another big hit for the RPG studio. EA was showing the game behind closed doors and I got to see how it’s coming along.

For all the press coverage for Dragon Age: Origins go here.