I realize that E3 is all about big money, big games, big events, big press and all that high pressure stuff. So right now I’m going to focus on what people really care about: sweet dragon statues and how you want them in your yard.

To ensure we got people’s attention at E3 this year for Dragon Age: Origins we commissioned a statue to be created of a giant undead dragon.

This is a crazy business I’m not going to lie to you.

I wanted to slap up some of the photos we took of the dragon being constructed here but do drop by our Flickr account for the most photos of a dragon being created you will ever need to see.

I have been to several E3 shows and conventions of all types over the years and I am always intrigued by what companies spend their marketing dollars on to get attention.

From a war-torn city block to demonic statues, to Sith lords, to gaggles of woman dressed for…umm…drumming up conversation to a three story building with VIP rooms near the top. I know E3 has morphed a few times in its history but I was always a big fan of at least one event big enough in the world of video games that gets a mention on the front page of CNN and the mainstream.

There are many, many more photos of the dragon during its construction we have tucked away on the Flickr site. 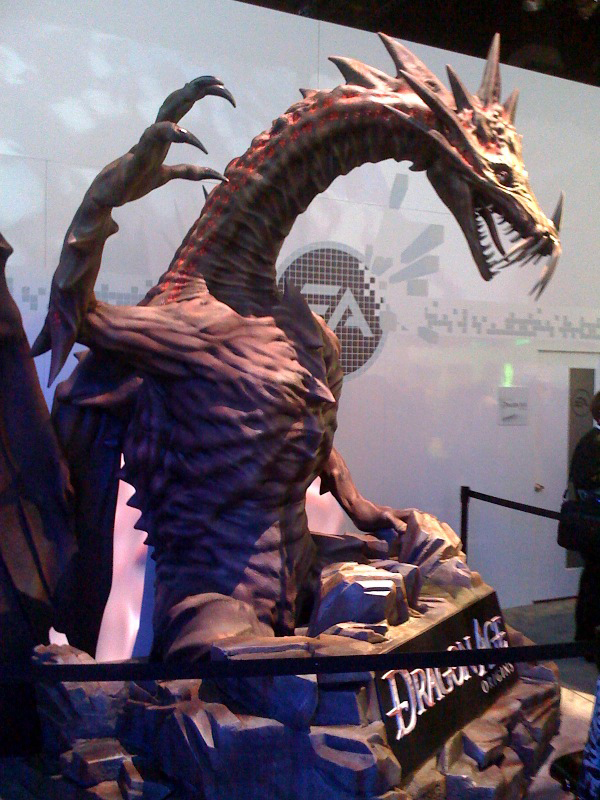