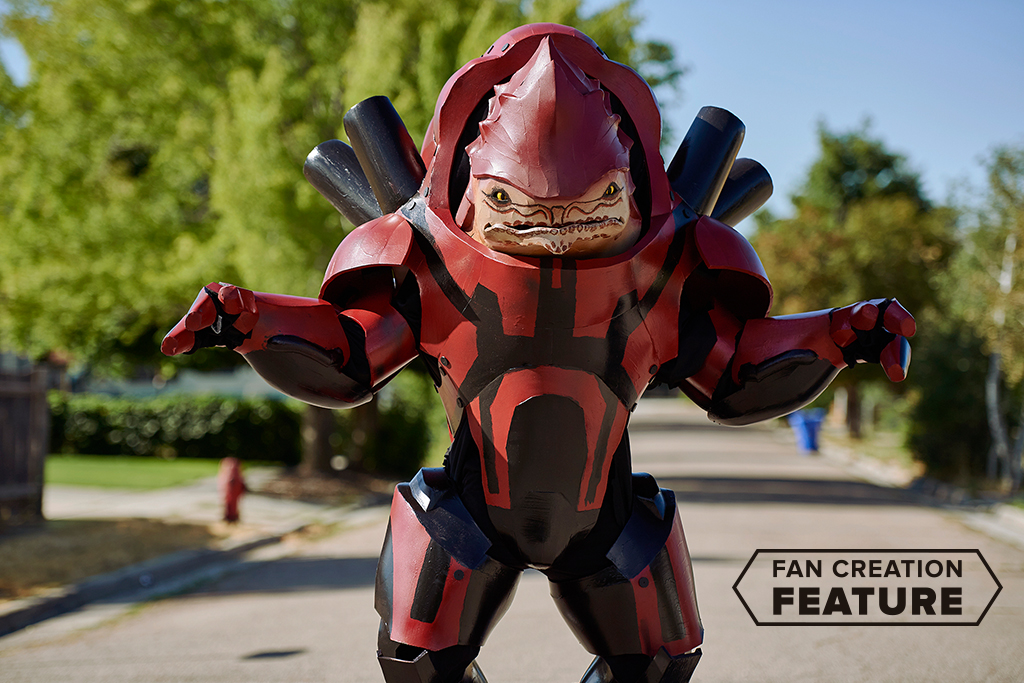 Remember Garm, the Krogan Battlemaster from Mass Effect 2? Inspired by his reputation as the tough-as-nails leader of Omega’s Blood Pack, prop maker Matthew Walther built a full-scale wearable Garm suit. We sat down with Matthew to see what it takes to put together such an ambitious build, and it turns out creating the warrior Garrus called a “freak of nature” takes a lot of work. And red paint. 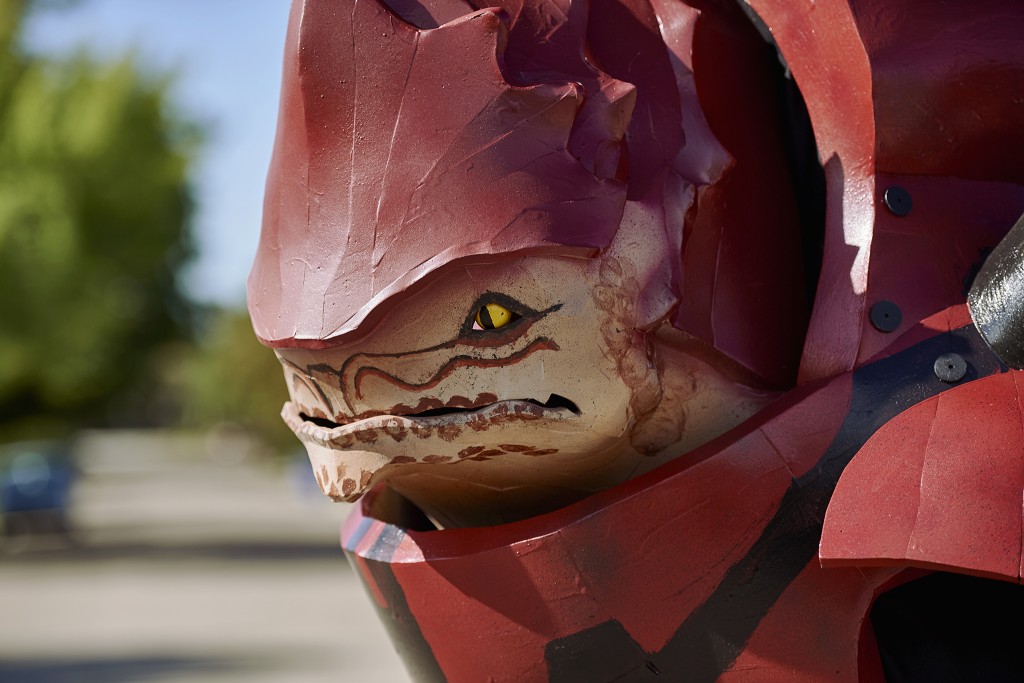 What inspired you to create Garm?

I’ve always wanted to build a Krogan, so I looked at all the different suits in the game and decided which one I wanted to make. You see people create Wrex or Grunt, but not really any others. I really liked the design of the Battlemaster armor, so I went with him!

How did you make the suit?

I put a 3D model of Garm into a program called Pepakura Designer that “unfolds” the model by flattening the parts to paper so you can make printable patterns. Once printed, I cut out the parts, traced them onto foam floor mats, and cut those into pieces to assemble like a gigantic puzzle. 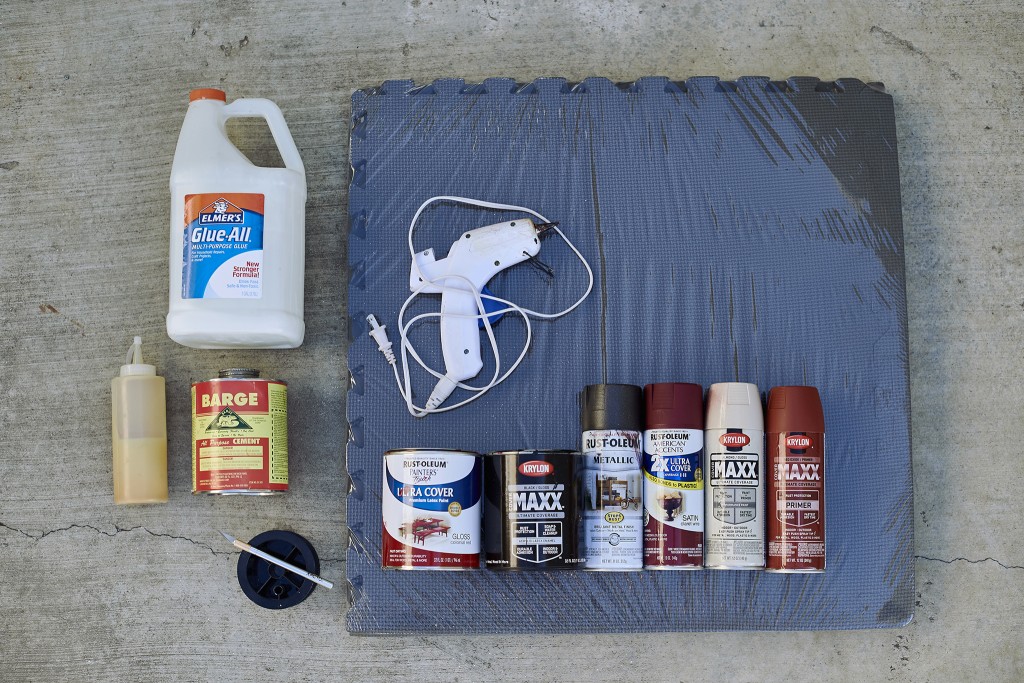 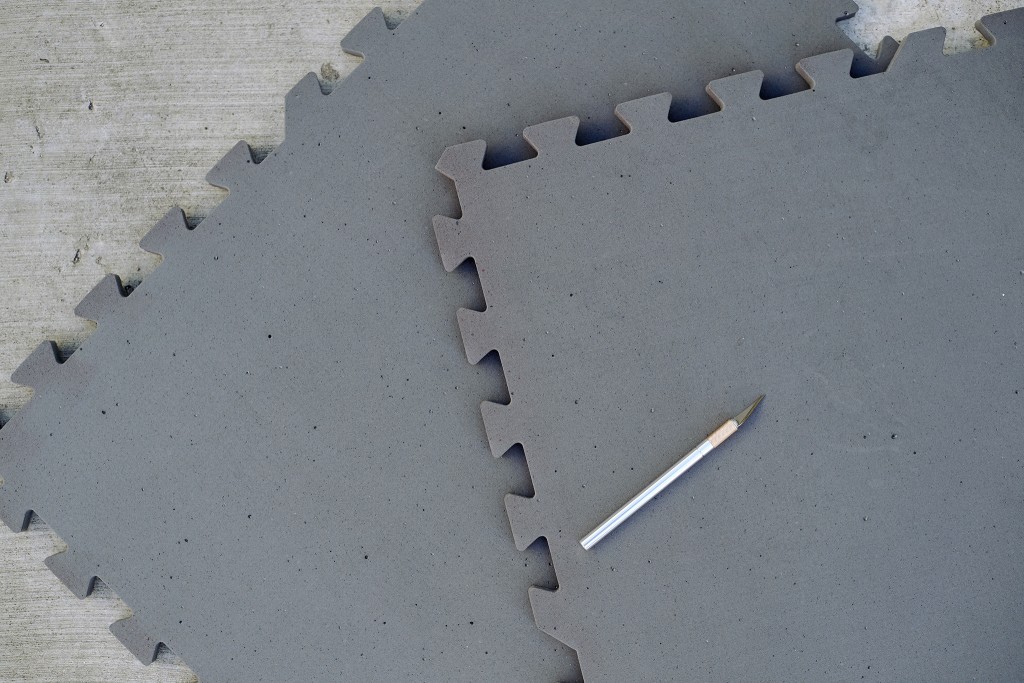 I used floor mats because they’re light and really cheap. I cut all the parts with a hobby knife, glued everything together with contact cement, built a frame with PVC pipe and an old camping backpack, then sealed it all up with white glue so the paint wouldn’t seep into the foam. I brushed on the main colors and lightly dusted other colors to add some realism, added straps and foam tubes to hold parts together, and covered the open areas with black cloth to really sell the illusion of a massive Krogan. 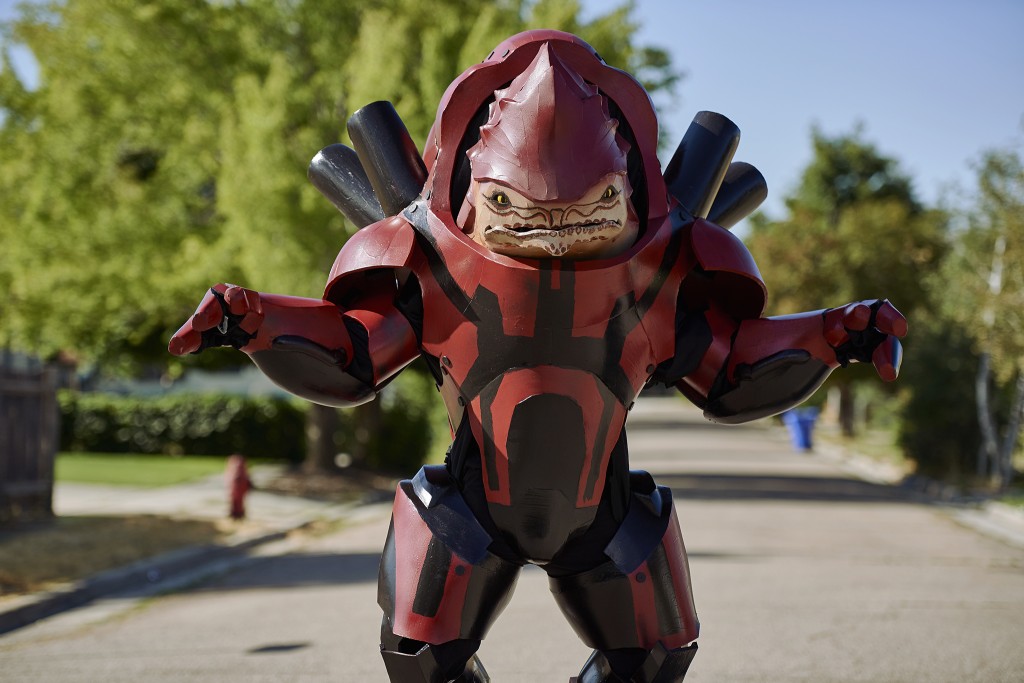 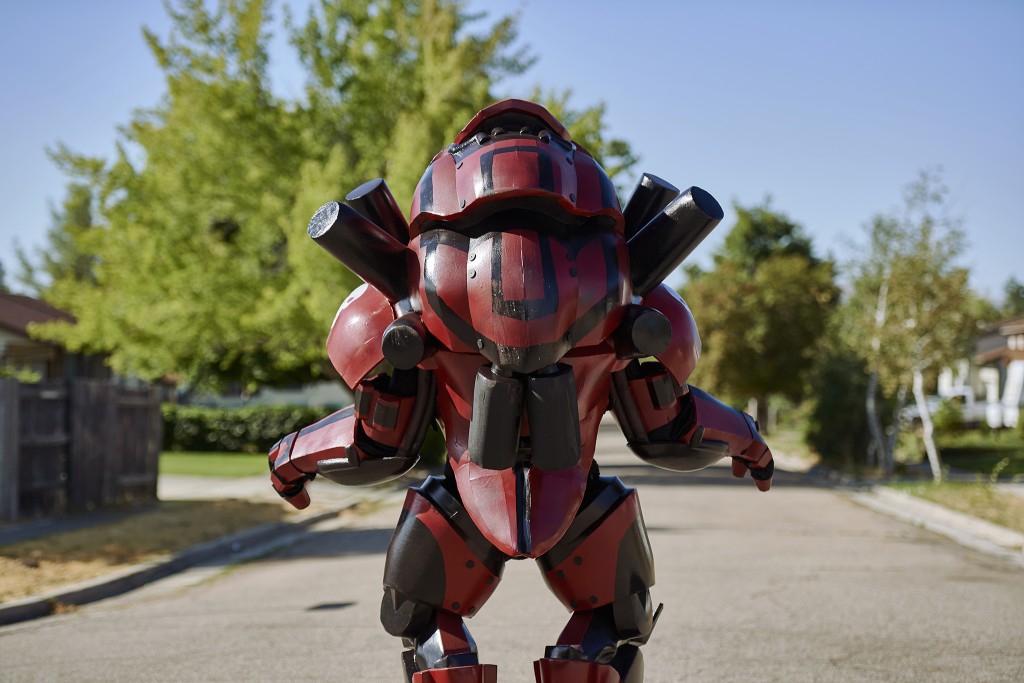 How long did it take you to make Garm?

It took me between 250 and 300 hours, over a couple months. The hardest part was his head, because of the bone crests, but even that didn’t take long. Good results come with practice—and trial and error—but working with foam is easier than it may seem. That’s why I love the stuff.

300 hours is a lot of time! How did you learn the skills to pull this off?

Trial and error, mostly! There are hundreds of resources online to learn things like this. When I first started, I learned from my fellow self-made prop makers, gleaning what information I could and applying it to what I was doing. You can find prop makers all over Facebook, YouTube, and their websites.

Hot. Very, very hot. The suit is no more than 30 pounds, but the foam doesn’t breathe at all and it gets hot inside very quickly.  The hardest part, though, is seeing where I’m going! I need a handler with me because I can only see through the mouth. 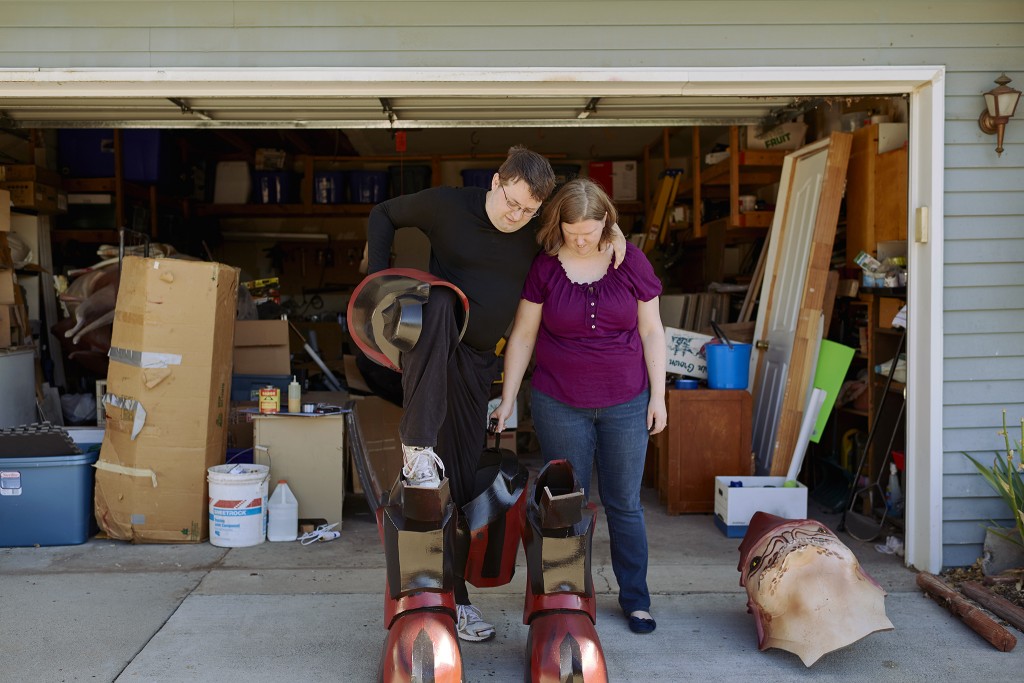 Any plans to do another Mass Effect build?

I’ll definitely have to do something from Andromeda once we start seeing more.

You can find more of Matthew’s work on his website. Matthew has created other cool Mass Effect builds, including Threshy the Thresher Maw.

If you’ve spotted a community creation that you think we should highlight, tweet us!