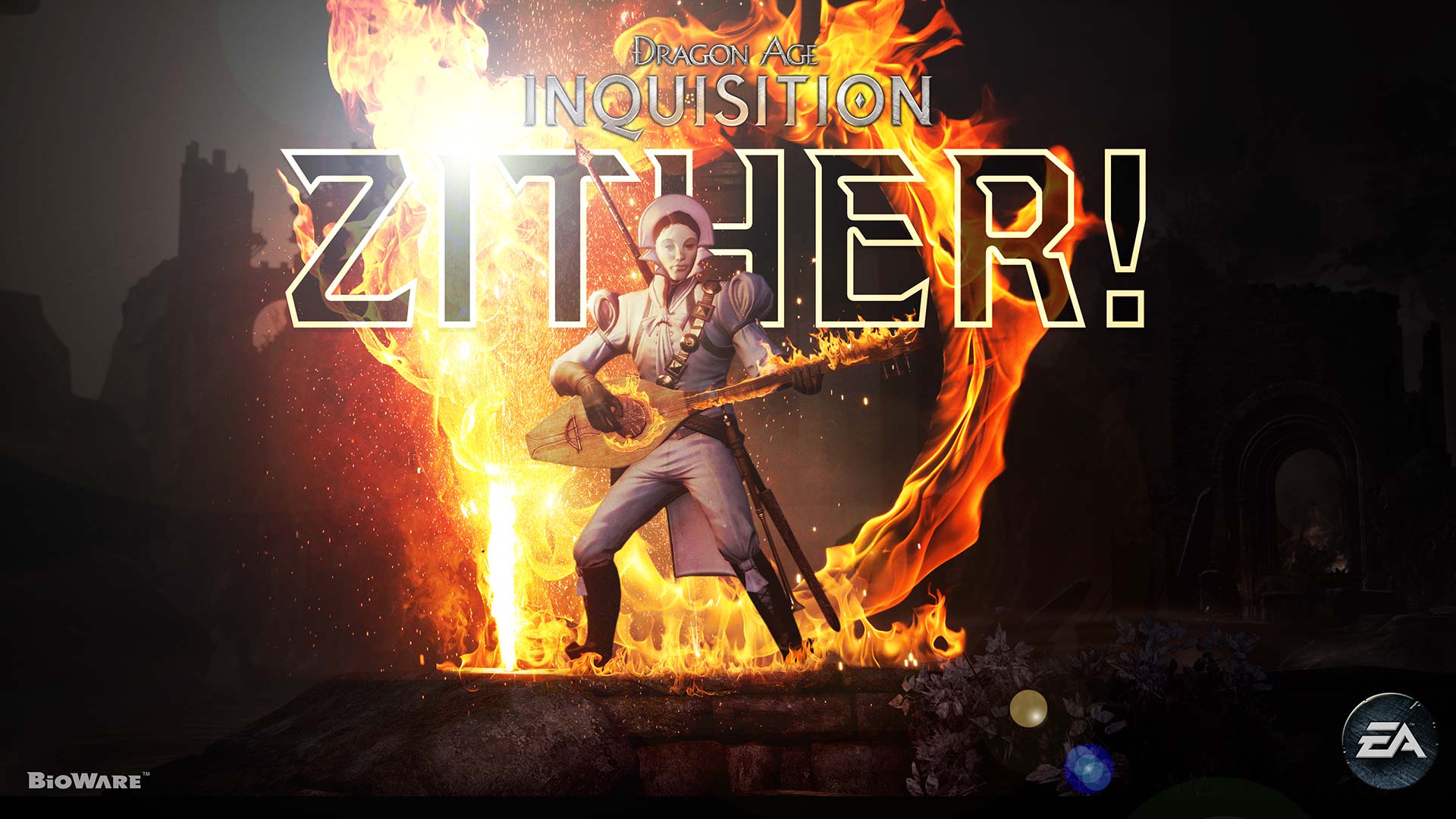 ZITHER! was once a household name in Orlais, playing for packed auditoriums of nobility and commoners alike. But then the Circles rebelled, his templar manager tried to kill him, and he’s frittered away all his gold drinking in a riverside tavern in Cumberland for the past two years, unable to get a gig. The Inquisition is his one chance at a comeback tour, and he’s going to grab it with both bejeweled hands.

Find out how the talented audio team at BioWare brought the larger-than-life musician-mage to Inquisition‘s grand stage. Combining the sweet sounds of several guitars, plus a little fire and lightning, ZITHER! produces a sound like no other.

Download the free Dragonslayer multiplayer expansion for Dragon Age: Inquisition today to get your hands on this righteous rock star.