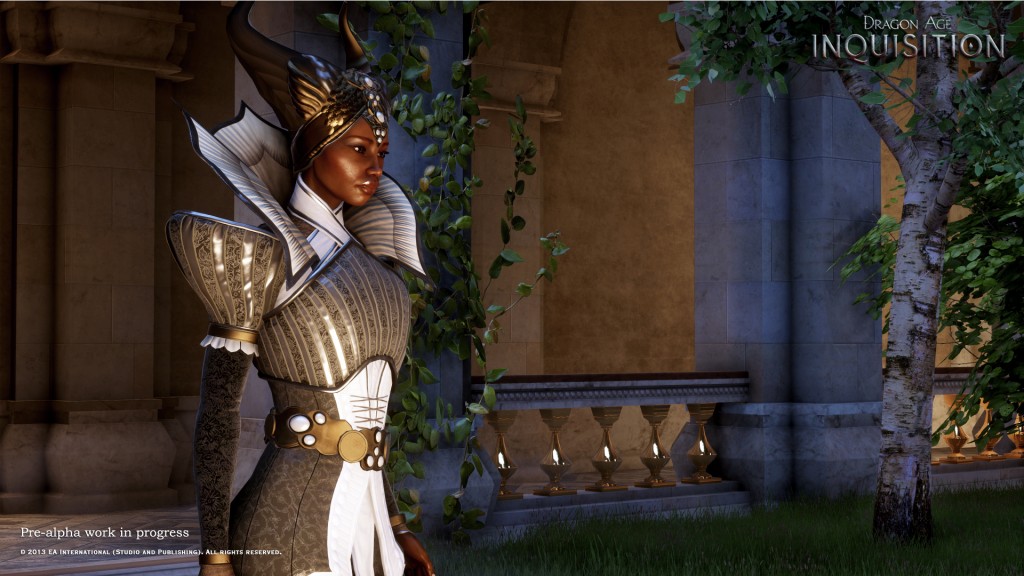 Referred to as Madame de Fer, “the Lady of Iron”, Vivienne lives up to her title. A leader among the mages and official enchanter to the Imperial court, she is renowned as a fearsome woman who achieved her position through guile and deft political maneuvering. Vivienne allows nothing to stand in the way of what she desires—not those who claim she is a social climber, not those who seek to restrict her power, not even her fellow mages who would conscript her into a rebellion with which she disagrees. Vivienne fights to restore order in a world gone mad…so long as that leaves her among those left standing, once all is said and done.

Check back Wednesday for the next update on Vivienne!

Do you cosplay? Take a look at Vivienne’s character guide here.