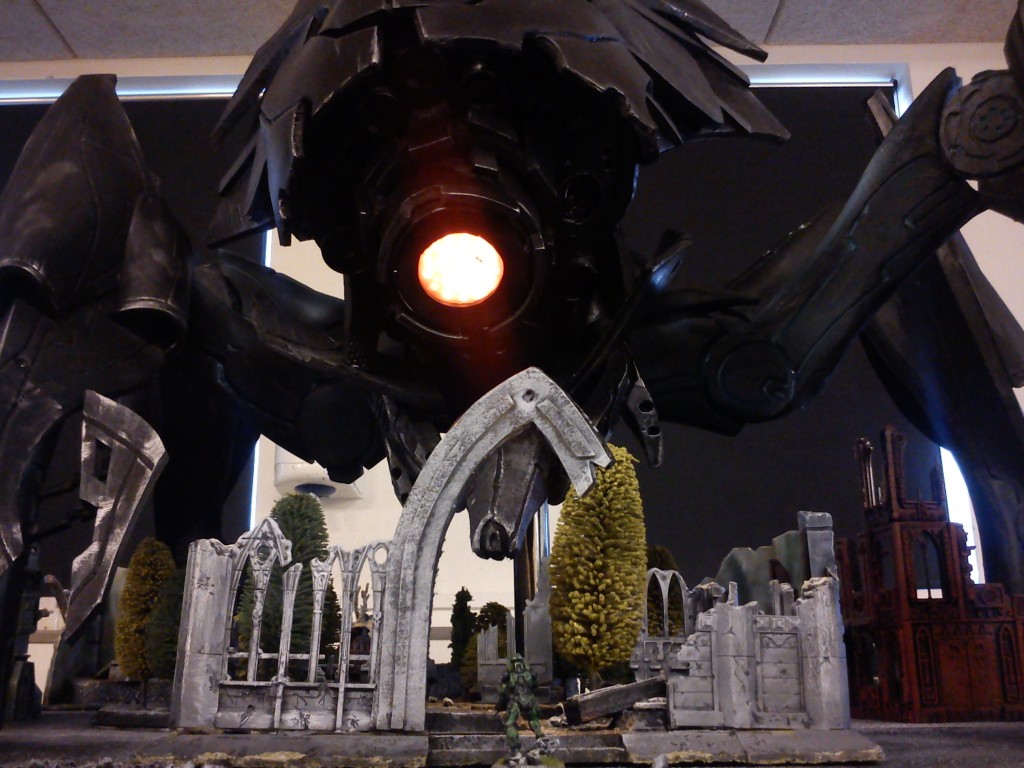 The build took copious amounts of foam, paint, and additional odds and ends, but after four weeks of extensive labor and craftsmanship, a Reaper model was born. Best we can tell, no colonies were harvested during its construction.

Meet Daniel and Justina of Denmark, creators of this awesome Reaper. Together, they are Roses and Boltshells, a prop-and-costume-building duo performing all manner of miracles in their home workshop. Their creations, showcased in their [online portfolio], are fueled by a mutual love of video games, movies, and art.

Can you tell us about yourself and what you do?

Daniel: My name is Daniel and I primarily work as a welfare and education assistant. In this role, I often get to work with roleplaying and arts and crafts. In my spare time, I like to think of myself as a prop builder, though sometimes I would even classify myself as a freelance artist. My passion is to create and build costumes and props from video games, movies, and known franchises. I often visit expos and conventions in our country with my fiancée Justina, with whom I share Roses and Boltshells, our creative outlet and possible future hobby business.

Justina:  My name is Justina, and I am interested in all sorts of geeky things, but mostly video games, sci-fi literature, and cosplay/costuming, which I have been into for five years and counting. I am also an eager convention-goer, whenever I can afford it.

We are a couple, who met each other precisely through these lovely hobbies and then decided to create a page where both of us could share our artistic expression.

How many are you and how often do you work together? Is it a hobby or a business?

Daniel: RnB consists of Justina and I. We live together and use much of our spare time creating new things. While it is primarily a hobby, it can often feel like a full-time job. In the future, it would be nice if we could make a profit off some of our work.

Justina:  We almost always work together, even when we are busy with different projects. I have learned a lot from Daniel. He has been into the whole costuming thing for longer than I have. What we do is a hobby; it is done for our own enjoyment. As delightful as it might be to think that Roses and Boltshells would one day be producing props for movies or games, I think only a very select few ever get that privilege. 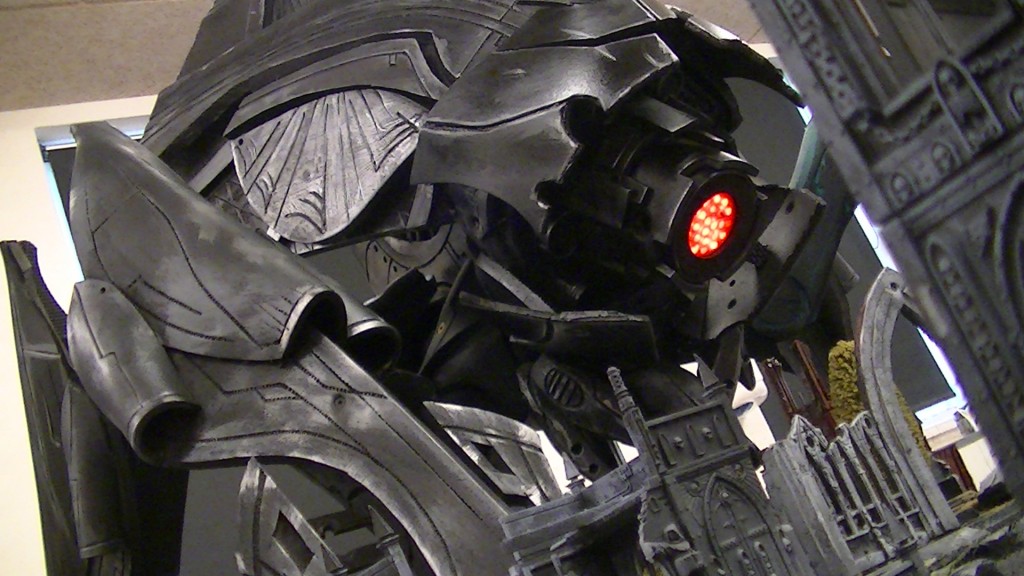 Recently you finished your Mass Effect Reaper project. What started the whole thing?

Daniel: For a long period of time, Justina insisted that I play the Mass Effect games. I had never played any of the games before, but after some Renegade persuasion, I finally played the first game. Naturally, I had to complete the whole trilogy and play many hours of multiplayer afterwards, not to mention study up on the universe, read the comics, books, etc. It didn’t take long for me to fall in love with many great aspects of the universe. As I’ve always been a sucker for merchandise, it’s only natural that I went searching for a mini Reaper! Sadly, the only thing I found was both too pricey and too small. So I thought to myself: why not just build one? Four weeks later, I had a model that, size-wise, fit most popular tabletop war games.

Justina: I am a longtime fan of Mass Effect. Problem was, Daniel didn’t find the game attractive! It took a fair bit of convincing and some multiplayer, but he came around. On an occasional visit to a geek store, he suddenly came up to me with The Art of Mass Effect Universe book. He particularly admired the Reaper design, and he wanted a nice, small, creative project. That’s how the Reaper Destroyer model project was born.

How long did it take to plan, build, and assemble the Reaper?

Daniel: I started by researching the drawings and artwork as shown in the book The Art of the Mass Effect Universe. It’s a fantastic book with plenty of inspiration for model constructors, prop builders, and costume creators. After that, I made a few, rough sketches in order to segment the various parts of the model. The research and planning probably took a few days, while the building itself took close to four weeks. 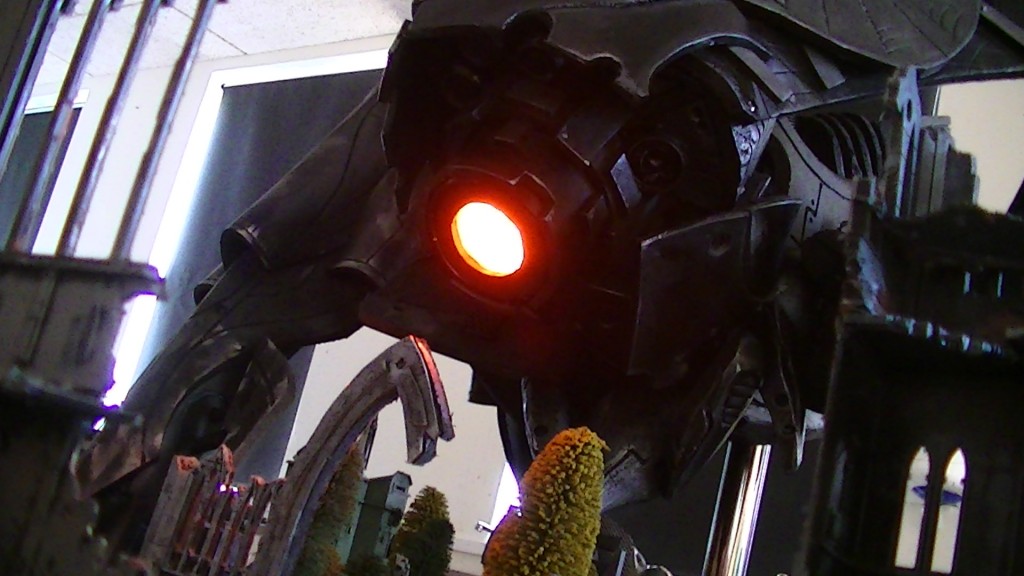 Can you go into detail about how the Reaper was built and what materials you used?

Daniel: When I work with costumes and props, I usually work with various kinds of foam. There was no need to change that with the Reaper. I went and bought a few supplies from our local crafts stores. I used EVA foam, cold foam, and thin yet dense craft foam. I also used a few bits and pieces I had laying around, such as paint canisters, tubing, mesh, etc. I started with the head shield, as it’s a very iconic part, and I usually need something iconic to keep my motivation going. After that, it was the more laborious task of getting the body right, with inner structures made from cold foam, outer shell made from EVA, and all the details made in craft foam. The legs are still in need of some love, but as with many costumes and props, usage means wear and tear, which in turn means further repairs. Overall, construction, paint, electronics, and effects took roughly four weeks.

Will you be adding a Normandy to keep your Reaper company?

Daniel: It would be a very nice challenge at some point, but there are already several near-perfect Normandy scale-models out there with both lights and interior detailing. It would be hard to try and outshine such awesome work, but as always, we’re up for the challenge. Though if it needs to fit scale-wise with the Reaper, I’m not quite sure our workshop (a.k.a. our living room) is big enough! 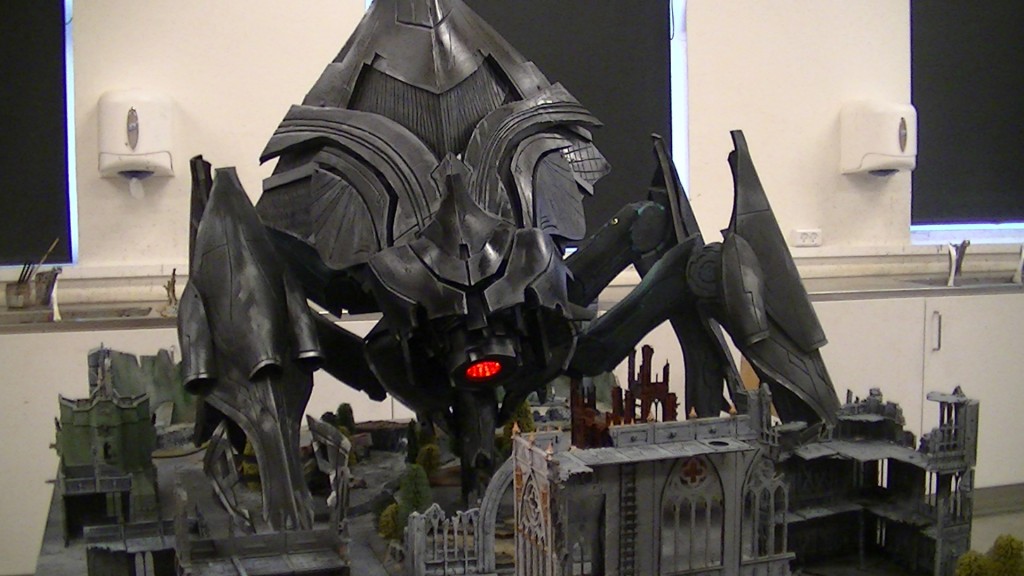 What are your favorite characters from BioWare games and why?

Daniel: Renegade Shepard from the Mass Effect trilogy, because despite his simple methods and brutish cruelty, he often symbolizes what the oppressed, weak, and frail wish they could do. He’s a powerhouse and the ultimate badass, which is also represented by Mark Meer’s wonderful voice acting. I was also a keen fan of MDK2 back in the day. That whole trio of characters just made me smile.

Justina: Though I am planning to soon investigate Dragon Age, Mass Effect is so far the only BioWare game I have played. My favorite single player team is usually Liara and Garrus. My favorite multiplayer race is Turians—Sentinels and Infiltrators in particular.

My favorite characters in Mass Effect are Garrus and Tali, with Thane being a close third. Out of all the girls, Tali is my favorite because I can relate to her a lot. I also love the quarian suit design, which was one of the reasons Tali was my cosplay choice.

How does the future look for Roses and Boltshells? What projects do you plan to begin or finish in 2014?

Daniel: We’re currently planning Mass Effect costumes and props. We’re also making sure to plan ahead for expos and cons. If we’re lucky with local competitions, and only if, then we could win a chance to go to London MCM Expo. It never hurts to dream big 😉

Justina: I will certainly complete my Tali costume in 2014. I want to make this costume as accurate and neat as possible. I would also love to visit a few conventions as I really miss the cheerful con surroundings and meeting new, likeminded people. 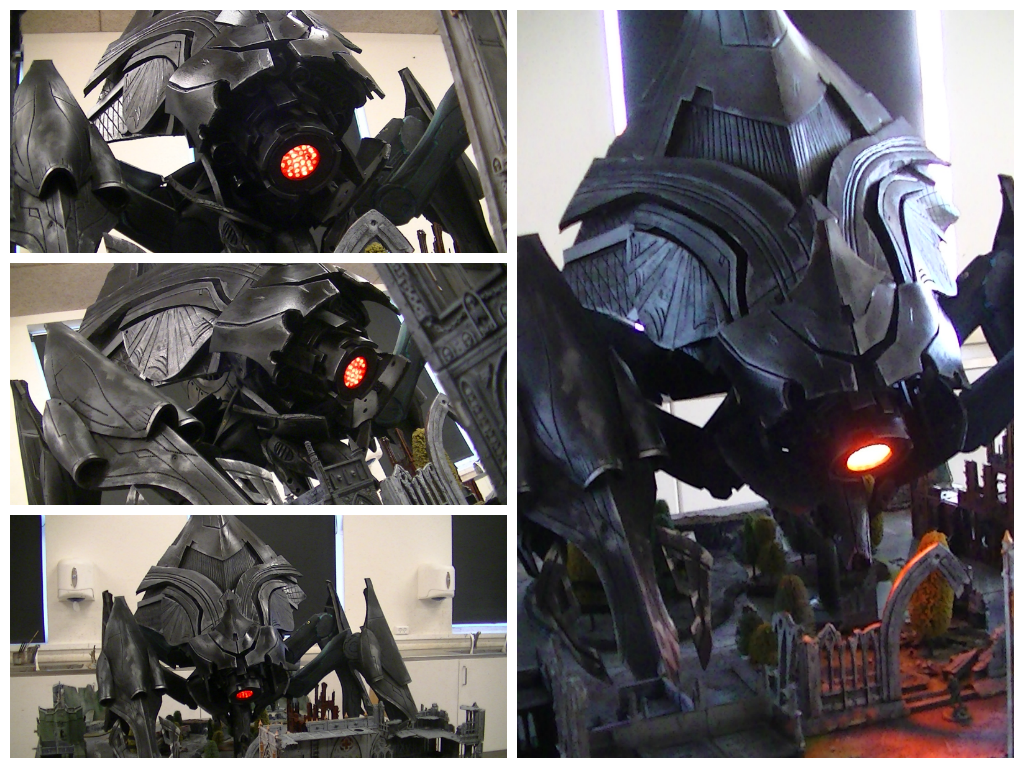 If any of our fans would like to talk about cosplay, props, or any of the other fascinating things you’ve worked with, where might they reach you?

Daniel: You can always find us online! Sadly we don’t have a real location for a workshop that you can visit, but we try to inform our friends and followers about any and all events we’re participating in. If you do spot us at a convention, never be afraid to come up and say hi. We love to meet new people and chances are we’ll talk long about some common interest. We usually visit anime expos, as those are the most frequent in Denmark. But we have plans for other events too, including the Scandinavian Sci-fi, Game & Film Convention. We’re also always open to suggestions and invitations, as long as they’re somewhat realistically priced or sponsored.

Justina:  What Daniel said. Please, if you see Roses and Boltshells somewhere: don’t be shy, come say hi! I know personally that costumers sometimes seem unapproachable, but we are a crazy fun bunch and we love likeminded people and our followers.

This interview has been translated from Danish. Special thanks to the BioWare Nordics community team, Tomas Hartvig and Lion Martinez.