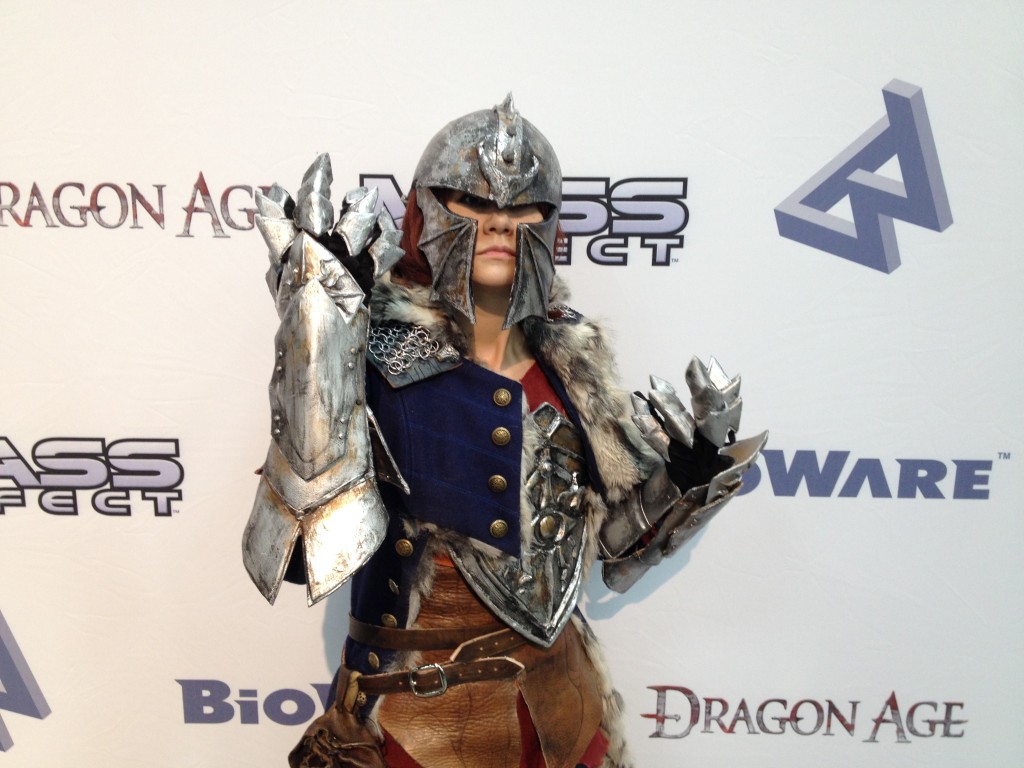 At the end of August, Jessica Merizan and Holly Conrad appeared onstage during PAX Prime to help BioWare devs kick off the Dragon Age: Inquisition panel by revealing the first concept sketches of the female Inquisitor.

Since then, Holly has been hard at work creating a costume to bring the look and feel of the female Inquisitor to life. We were so excited that Holly could join us at the Edmonton Comic & Entertainment Expo in September to debut the completed outfit!

Following the expo, Holly was gracious enough to answer some questions about her involvement with the female Inquisitor’s concept. 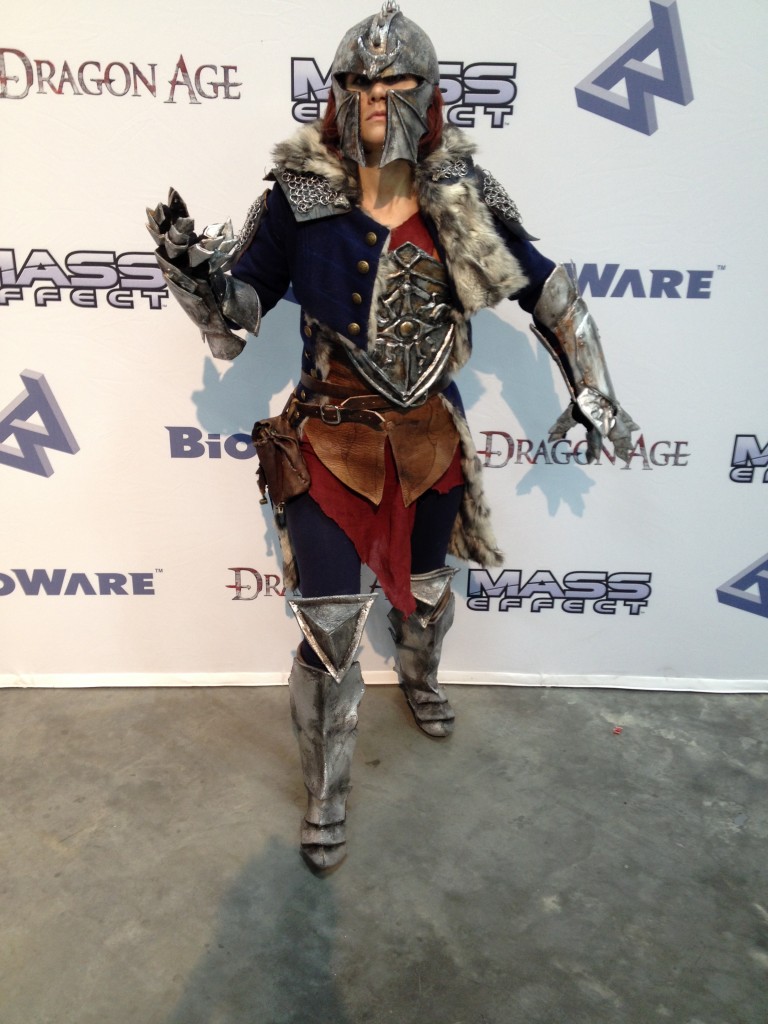 [BioWare]: Holly, you didn’t just make a female Inquisitor costume—you actually worked with DA:I’s Lead Concept Artist Matt Rhodes on her in-game outfit design. What was that process like?

[Holly Conrad]: It was awesome! Matt is one of my artist heroes, and getting to work with him was such an honor. We went back and forth on the overall look of the character, making sure that if I did any tweaks, it would still keep the same silhouette, etc.  And I talked about aspects that I thought could be altered slightly to work better in the real world. I think I could talk forever about translating drawn or 3D rendered costumes into the real world.

[BW]: What aspect of the female Inquisitor’s design did you feel was the most important to address?

[HC]: I really like to be able to keep a female character armored properly so they can take a hit, but can still maintain a silhouette that’s distinct from the male character. That was my goal with this character: to keep her really kickass and functional, but not just be a block of armor or a chainmail bikini.

[BW]: What did you use as inspiration for this design, and how did you find balance between fashion and function?

[HC]: Matt did all the initial fabric choices, design, etc. The concepting I did involved a lot of mobility issues, like changing the large material sash over the waist into a belt with pouches (because adventurers need pouches for gold and lyrium and other goodies, of course). I also made it so the coat could be brought in close to the waist, just making the look a bit slimmer.  I picked materials for the actual costume that were historically similar, like a linen shirt and wool coat. 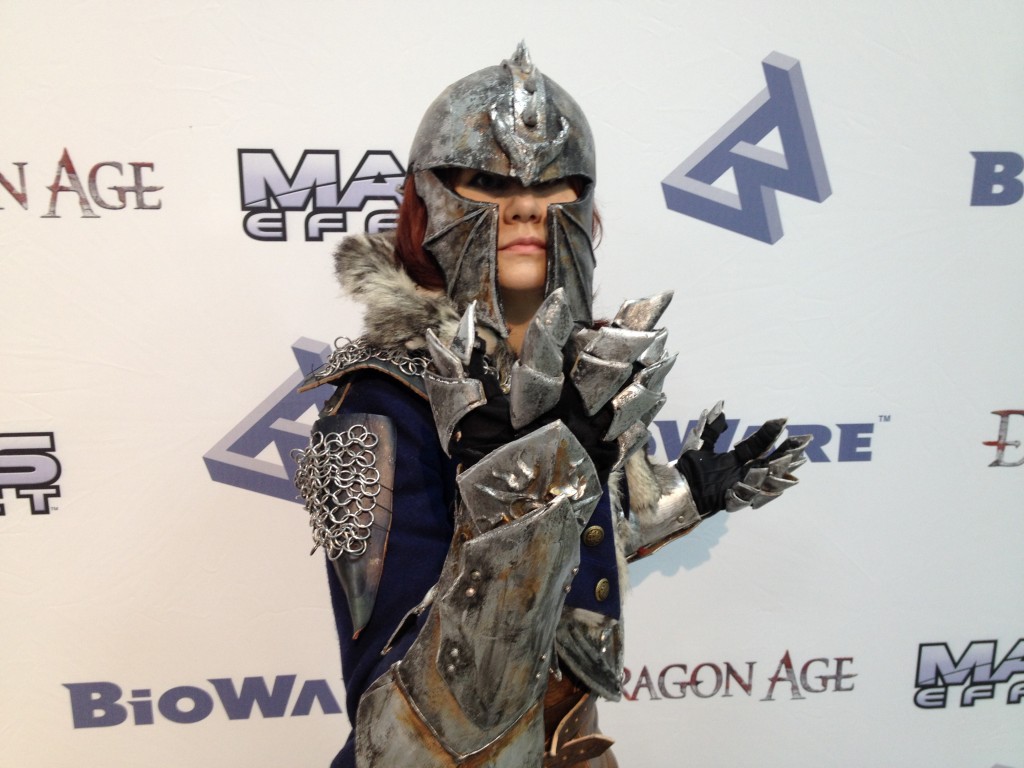 [BW]: When you see the costume in person, you can see all the different layers and detail. How many pieces make up the entire outfit?

[BW]: Which part of the costume are you most proud of, and which part was most challenging?

[HC]: I’m really proud of just getting to have this experience and work with BioWare and Matt. It’s been so great and inspiring, and challenging for me as an artist as well. I’m proud that I had a small part in it. After that, it would for sure be the helmet. It’s actually patterned out of foam and not sculpted, which is something I haven’t done with helmets before, and it was super fun!

The most challenging part in the build was definitely the coat, since I’m more familiar with making armor. Thankfully, I found a wonderful seamstress (Samantha Terry of Double Monocle Cosplay) who created it for me. She did an amazing job, and the costume really came together thanks to her skills!

[BW]: Now that you’ve had the chance to wear the costume out in public, how would you describe your experience at Edmonton Expo (other than not being able to open water bottles)?

[HC]: Haha! Yes, in retrospect, I don’t think gauntlets were ever used for opening water bottles, so really it’s still realistic. I had an AMAZING time at the Expo and met so many wonderful people. They were all so interested in the costume and happy to see people visiting—it was really special.

Bringing a new character to life that no one has really gotten to encounter before is awesome, and has a kind of cool air of mystery about it. I can’t wait until we get to know the Inquisitor even better and see more cosplayers dressing us as him/her! I hope we can do it again next year! 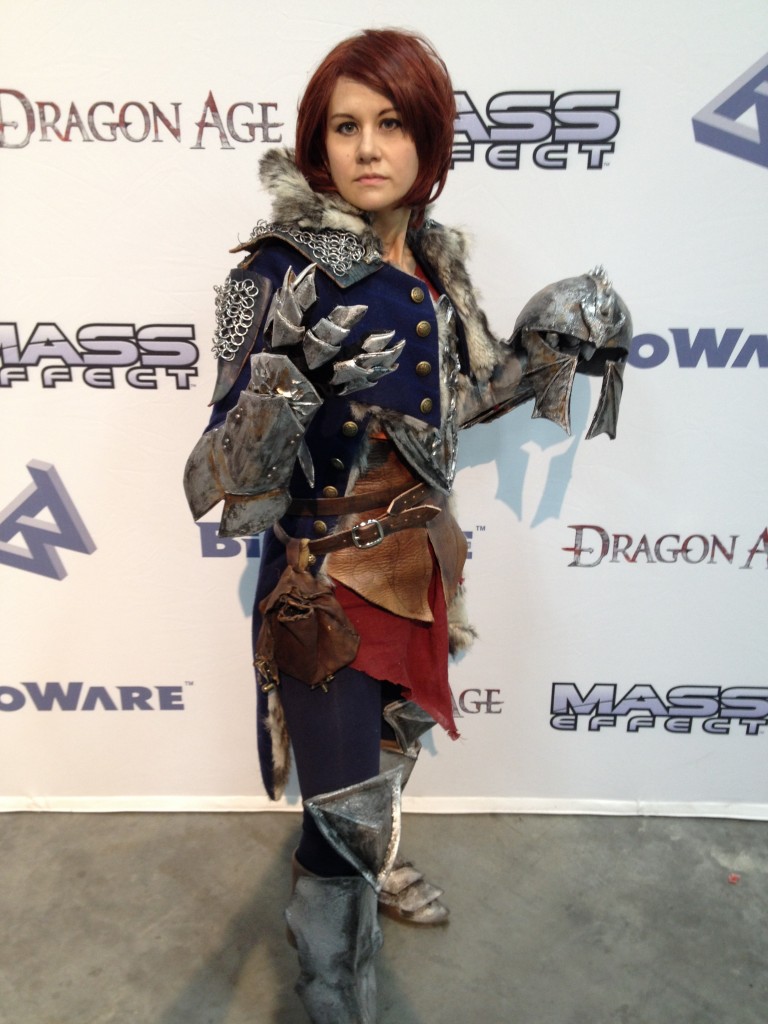 Our sincerest thanks to Holly for finding the time in her busy schedule to hang out with us at Edmonton Expo and give attendees a preview of the female Inquisitor. She looked fantastic!