I’m Beth Hobbs (known online as Quargon), an 18-year-old aspiring concept artist and illustrator. I’ve been gaming and drawing ever since I can remember, am continually inspired by what isn’t reality, and love putting my thoughts and interests onto paper. My dream is to keep practising this craft and to one day design awesome creations for movie or games! The games of the Dragon Age and Mass Effect franchises are my favourite to date, and their immersive worlds and characters have motivated me to create.

The first piece of Dragon Age art I did was of Merrill. As soon as I met Merrill in game, I adored her seemingly innocent personality; the exploration into the darker parts of her character made her even more interesting. It was these two different dimensions of her that I wanted to portray in a minimal character portrait. I achieved the sketchy look of this piece by starting with some messy textures and loosely painting a dark brown silhouette of the figure. Then, I gradually worked in muddy browns and greens to bring out the forms. 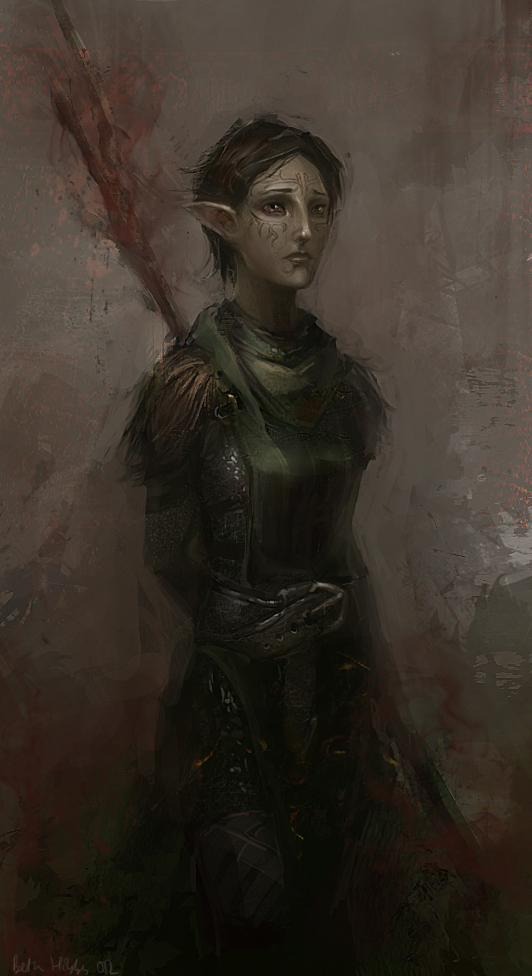 Another piece I created was based on the heart-racing moment in Mass Effect 3 where Shepard must reach the Citadel beam in London. The action and suspense in this part of the game blew me away, so I played with red and blue lighting, trying to work it into a simple but striking composition.

The biggest piece of Dragon Age fan art I have done so far is inspired by the thought of the upcoming sequel, Dragon Age: Inquisition. I can’t wait to see more of Flemeth’s story, so I wanted to do something involving her—and who doesn’t like painting dragons? This piece started out as an abstract greyscale sketch of land that evolved into a battlefield-like area with Flemeth coming in from the side to face her enemies. However, this first composition didn’t have as much punch as I wanted, so I brought the viewer in closer to the action. To give the image more storytelling elements, I placed Flemeth crashing into a Chantry. I’m not sure when or why she would be there, so I leave it up for anyone viewing to create their own story. 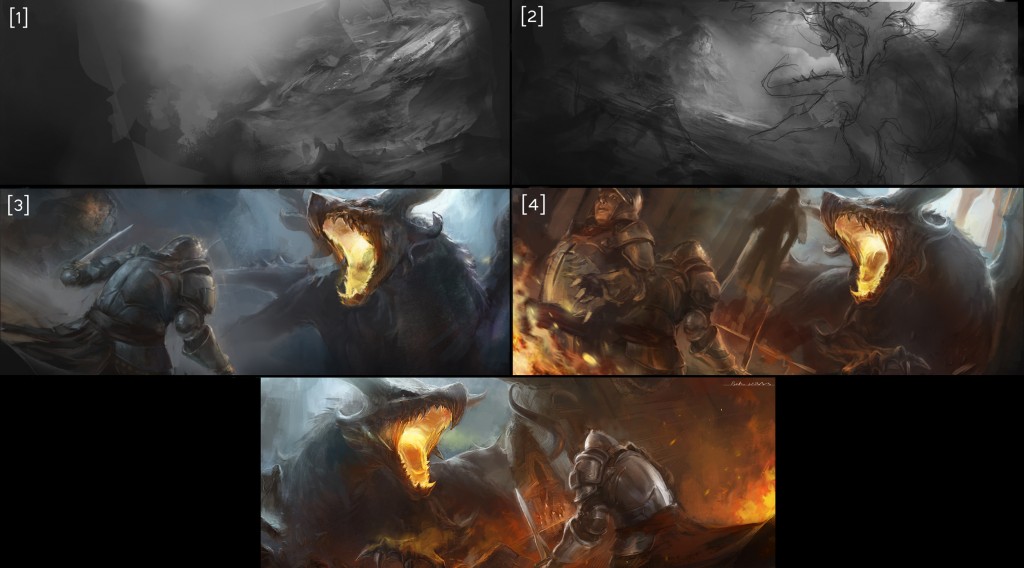 BioWare games have influenced my original art significantly. There’s simplicity and believability in the designs of Mass Effect and Dragon Age, and I hope to bring this into my own future work: pieces that are conceptual and innovative but believable and immersive. I’m still young and have a lot to learn, but I know that with any craft, improvement is all about loving what you do and getting down to work. So the next few years will be busy ones.

In the future, expect to see more original pieces in my gallery, as well as more BioWare fan art, I’m sure! Morrigan is definitely on my list, so watch this space. You can find my deviantArt gallery—and more Dragon Age art—here. Thank you so much for taking a look at my artwork!