Rebellion comes out today, Tuesday May 29th, and offers new exciting content adding to the multiplayer feature of Mass Effect 3. Hit the jump for all the details!

Rebellion comes out today, Tuesday May 29th, and offers new exciting content adding to the multiplayer feature of Mass Effect 3:

Firebase Jade
Surrounded by huge waterfalls, Firebase Jade overlooks an ancient reservoir built by the salarians centuries ago. Set up strategic chokepoints inside the base’s main buildings to get the jump on your enemy, and work with your team to meticulously clear each room to achieve victory.

Firebase Goddess
Firebase Goddess, nestled in the epicenter of a Thessian metropolis, is one of the last strongholds of asari resistance against the Reapers. With its circular layout, Firebase Goddess is a tough location to control. This arena combines heavy cover and elevated firing positions, so stay light on your feet.

Vorcha Soldier/Sentinel
Vorcha are considered vermin by other species inhabiting Citadel space, but their unique physiology and innate aggressiveness make them shockingly durable combatants. A Vorcha’s resilience and malleable DNA allow them to evolve and adapt to any situation, making them formidable opponents on the battlefield. Their lightning-quick pounce is a direct result of their socially ingrained bloodlust.
· Shields 250/250
· Bloodlust/Melee
· Increased Mobility
· Regeneration

Male Quarian Infiltrator/Engineer
Quarians have spent centuries at perpetual salvage and ship repair; the survival of their species depends on this technical expertise. Quarians are an elite support specialist with a talent for setting up ambushes and providing cover fire through the use of turrets. Their technical wizardry makes them crucial contributors on the battlefield.
· Shields 600/600
· Combat Leap
· Disruptor Omni-Blade 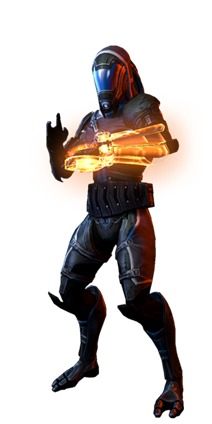 Phoenix Vanguard/Adept
A result of the Illusive Man’s early experiments in enhanced human physiology, Project Phoenix subjects are highly skilled combat and biotics specialists. When the Illusive Man turned to indoctrination in order to ensure the loyalty of his troops, many Phoenix operatives defected and joined the Alliance in order to stop the Reapers. Phoenix operatives are highly skilled combat and biotic specialists. Their ability to manipulate Cerberus lash and stasis technology, backed up by their powerful skills, make them invaluable assets on the battlefield.
· Barrier 500/500
· Combat Roll
· Cerberus Lash 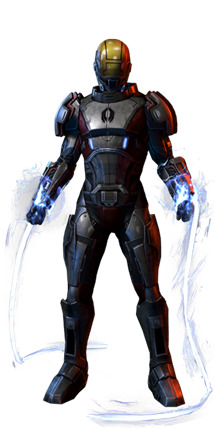 Reegar Carbine
The Reegar Carbine is an Electrical weapon, best used at close range. Named for the Quarian Reegar family, whose marines have served valiantly against the Geth, this electrical weapon improves upon the arc pistol’s design by generating a sustained current to its target. 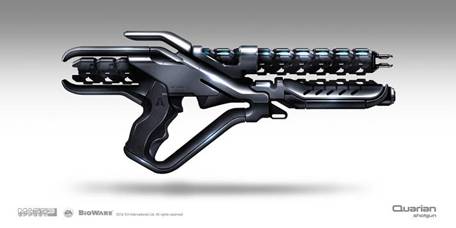 Krysae Sniper Rifle
The Krysae is a Heavy turian sniper rifle with explosive rounds and an automatic scope for all-range fighting. This turian anti-materiel rifle is modified to kill Reaper enemies. The Krysae’s scope uses a rangefinder that adjusts to keep the target in proper proportion to the shooter, which comes in useful when the sniper is forced into close range. Its specialized ammunition is both armor-piercing and explosive. In a desperate move, the turians released its specifications over the extranet so that nearly anyone with a fabricator could manufacture this weapon to help the war effort.

Harrier Assault Rifle
Full-auto heavy rifle, low recoil but high heat generation. These Cerberus-modified Mattock rifles are fully automatic. Cerberus gunsmiths refined the recoil issues, resulting in a gun that stays on target but delivers slightly less punch per round than a standard Mattock. As such, the weapon is typically utilized by Cerberus’s elite troops, who train constantly to make every burst count. 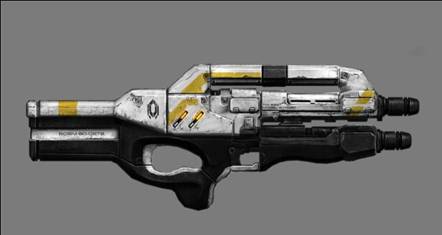 Gear System:
Operatives will now be able equip a series of elite gear that will upgrade their abilities for as long as it remains equipped. Operatives have the option to switch gear items out between missions to make sure they are using the most appropriate upgrades. Each piece of gear can be upgraded up to 4 times through the reinforcement system. Nineteen pieces of gear will be shipping with the Rebellion multiplayer pack. 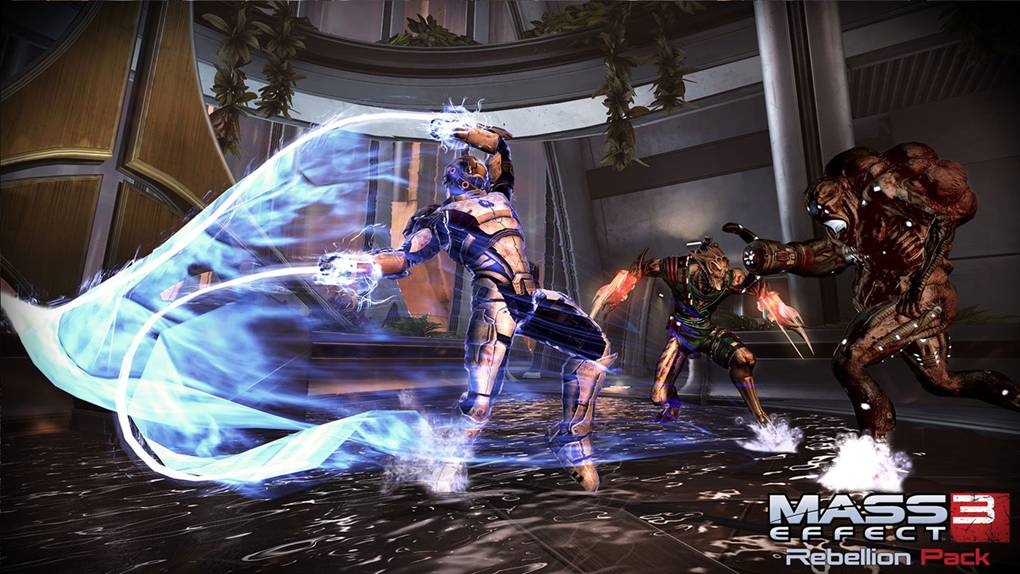