Part 1 of 1 by Evil Chris Priestly

Today is Jay Watamaniuk’s last day as BioWare’s Community manager. I’m not going to make a big thing about this, as Jay is not really the sentimental sort, but I didn’t feel right letting this day pass without a few words.

This is Jay. He likes to LARP (Live Action Roll Play) with friends and he runs in the annual Alberta Death Race. He’s a huge nerd who once set a man’s desk on fire in a fit of pique. He may prefer fruity booze drinks with little umbrellas to beer, but he also owns his own whip ala Indiana Jones.

Jay, like me, has been with BioWare for over 8 years now which makes him one of the “old timers” around the office (I am still young and spry, but Jay is very old indeed). For many years Jay WAS the BioWare community team. Sure, he had a bunch of help from the web teams, customer service folks and other staff, not to mention the fact that BioWare has made some great games that have pulled in a great community of fans.

Still, without Jay, the existing BioWare community would not be what it is today. I’ll let him discuss his achievements and accomplishments if he chooses to, but I’m going to call out a few things.

Without Jay, there would have been no BioWare Wednesdays. That was his idea and he worked hard each week to support it.

Without Jay, Community would not be attending conventions like Gen-Con & PAX or holding the builder events we’ve held.

Without Jay, much of the upcoming Social Site would not be nearly as cool as it will be.

Without Jay, I would have had to wear the Shepard armor at PAX this year. And that would have been both dangerous to others and potentially obscene. 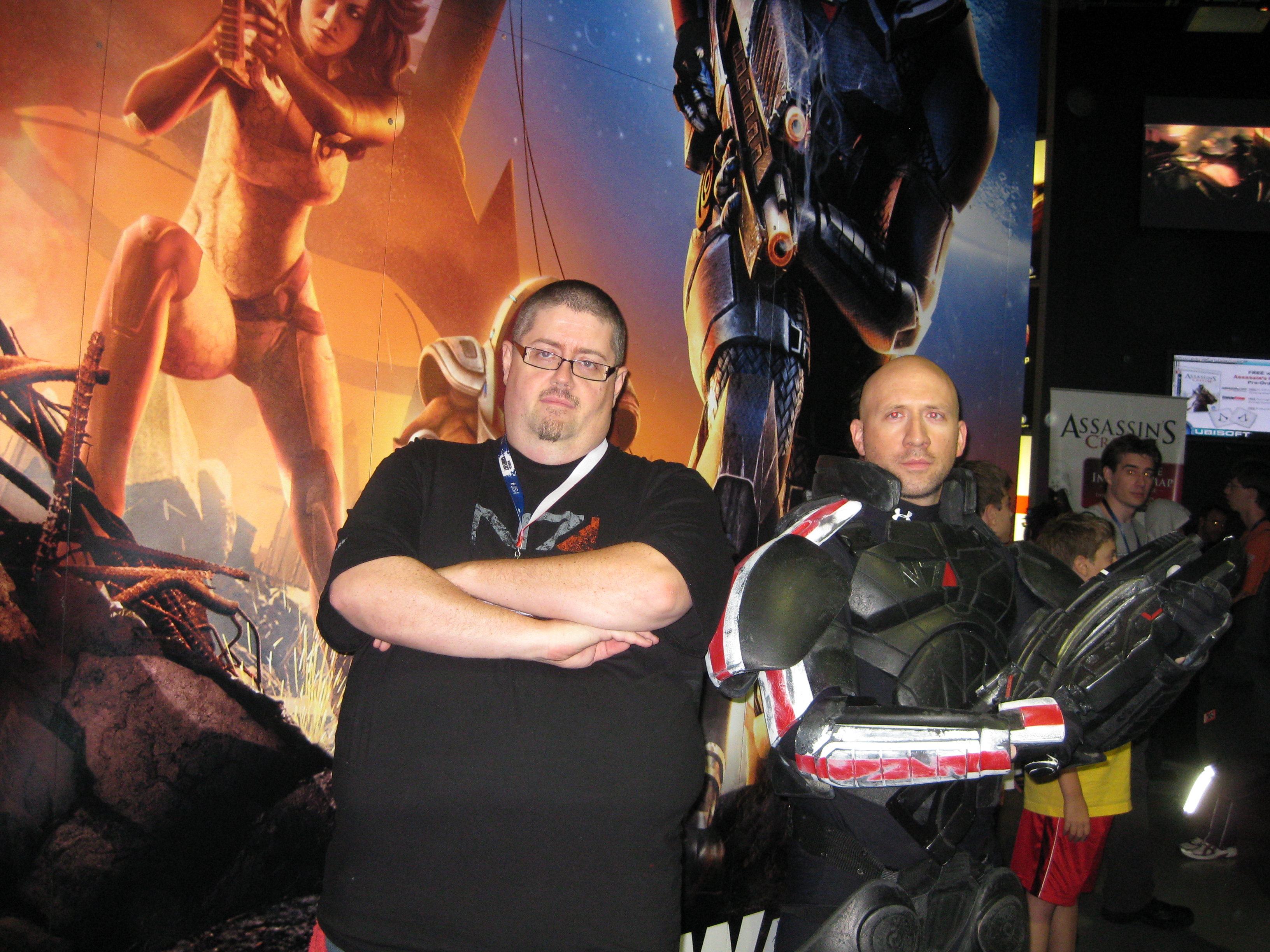 Monday, Jay starts a new job here at BioWare. Jay has always wanted to be a writer (if you’ve enjoyed the good writing on the BioWare Blog or laughed at the newsletter you’ll have seen a glimmer of his talent) and he’s moving onto the Mass Effect writing team to help fulfill his dream. He’ll still be stopping by the forums from time to time, twittering, blogging and such, but now Community will have to soldier on without him.

I’ve worked with Jay for over three years now and I’ve always said that he was the brains and I was the mouth. Without Jay, I wouldn’t have this cushy cushy job working on the internet, jet setting around the globe, attending fan events, and really enjoying my life. Community is a great gig and you’ve left some big shoes to fill, but we wouldn’t be here today without you.

For that Jay, much thanks.