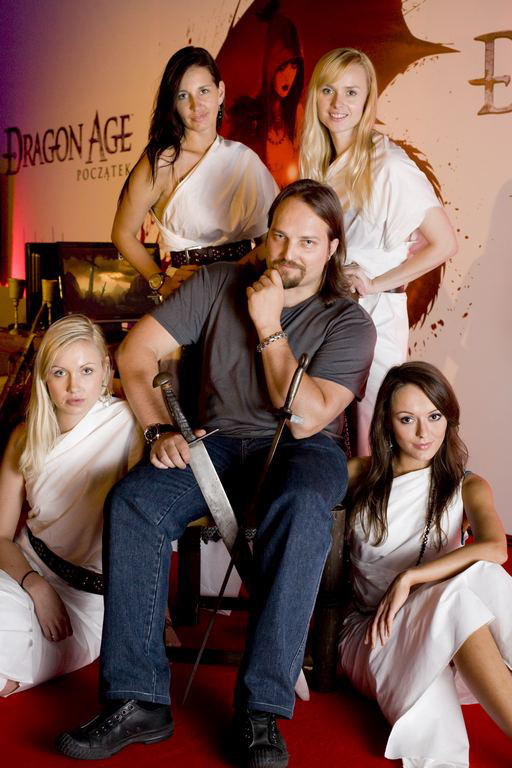 A few bits from the road…

BioWare General Manager and CEO, Ray Muzyka and Dragon Age Executive Producer, Mark Darrah hit the road June 25 to a few stops in North America to follow up from the E3 demo. They wanted to give some more hands on time to press with the 360 version of the game and show off more of the tremendous depth of Dragon Age.

“Feedback from the North American leg of the tour was very positive with both broad consumer media and games press digging the demo.” Director of Marketing, Ric Williams gives us a quick look at how it went:

“BioWare’s VP Development Operations, Greg Zeschuk, Mark Darrah and I are on the plane to Madrid where we kick off the European leg of the trip. Spain, Germany, UK, Poland and France are all on the itinerary. 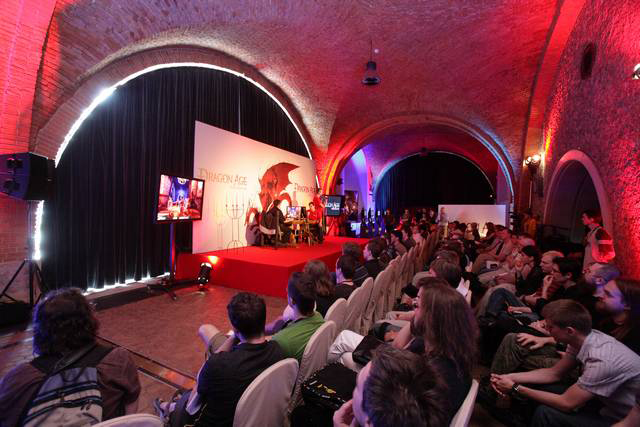 It has been tight but we have managed to lock in a great demo with all the technical needs that comes with PC demo’s, big shout out to the EU folks for getting us everything we need.”

“Spain, Germany and UK events went very well. Greg Zeschuk and Mark Darrah have had very full days with interviews and game demos. Watch out for coverage to hit on July 8th.”

Ric Williams is BioWare’s Director of Marketing and thus has his hands full driving the crazy train of Dragon Age: Origins and Mass Effect 2 as they both near completion. He is Australian and often gets hassled for his funny accent as is right and just.