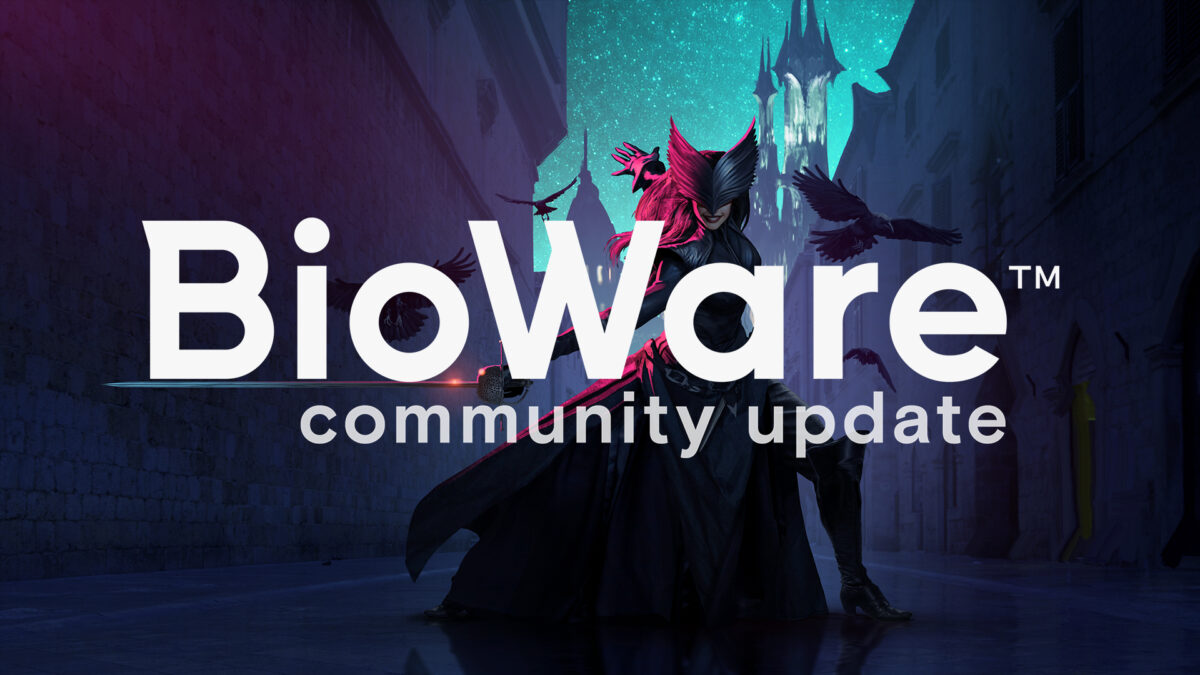 Hello, everyone! And welcome back to another BioWare™ Community Update. It’s been a little while since we last spoke, but our work continues—as does the storytelling.

So far, years of effort have gone into our next game, Dragon Age: Dreadwolf™, with hundreds of people working to bring this shared vision to life. We’ve been quietly building it behind the scenes for a while now, so we wanted to give you a look at some stuff we’ve been working on! But let’s start with a little recap for those who might be new around here.

Dragon Age is a series that puts you in the heart of a magical world, but what happens while you’re there—who lives and dies, who rises and falls, who loves and loses—that’s up to you. There are no right choices… only those you make.

At the heart of every one of our games are our stories and characters. Each tale is told by the people who live in them—companions who fight at your side and foes who challenge your every move. This is core to the experiences we craft and is what we believe makes a “BioWare RPG” what it is.

Each character has their own motivations and goals that influence how the story plays out, but so do you. The Hero of Ferelden. The Champion of Kirkwall. The Herald of Andraste. Each of them marked their legacy in the annals of history, but time marches forward and the age of these heroes cannot last forever. As a friend of ours once said, “it’s time for a new hero.”

Making a game that carries forth the stories that came before it while still being a starting point for someone brand-new can be tough—deep lore can seem daunting to new players—but it’s also an exciting challenge! The development process is iterative and dynamic. Ideas get concepted, tested, thrown out, brought back, and changed constantly during early stages, all in the pursuit of getting things just right. And it’s very collaborative, too! Everyone helps each other to build something we hope will excite you.

So, let’s talk about that.

As we said, storytelling is at the core of what we do. Our writers helm the creation of your narrative experiences and work as part of a talented team with editors, producers, and quality verifiers to build out the story, characters, dialogue, and more. And that’s not even getting into the other teams who work so closely with them to bring these tales to life!

But what does working on the writing and editing teams entail? And how are we going about writing for Dreadwolf? It’s not like writing a book where everyone has the same experience on the page. Each player interacts with the team’s work differently based on the choices they make, how much of the game they interact with, and the kind of character they want to play. Here’s how our team is thinking about that, but first…

Please enjoy this sneak peek at writing for Dreadwolf, directly from the game’s codex!

(Codex assets are not representative of in-game format.)

Hey! Care to do us the honor of introducing yourselves and telling our community a little bit about what you do?

It sounds like you two do more than the average person might expect an editor or writer to do. How do you two work together, then?

So from the very beginning to the very end, our editors and writers are in lockstep with each other. What about the rest of the devs and other teams?

That definitely paints quite the picture. You mentioned your work on DA:I just then, too. What about on Dreadwolf? What’s it like writing for the next game?

Well, we’ll see what the future holds, then. If you were speaking to a fan, new or old, what would you tell them makes a Dragon Age game unique?

Though we can’t yet show our community our characters acting in-game, dialogue isn’t our only option. What about these codex entries? Is that something you could talk about?

Here are a couple more codex entries for you. Let us know what you think of them!

We hope you enjoyed this first discussion about how our writing and editing teams are thinking about Dreadwolf! Every step of the way, we’re working together as a team, even in ways you might not imagine. From integrating written materials into the engine itself to our devs doing placeholder dialogue for characters, it’s a process that evolves over time.

But your efforts never stop, either! Naturally, when Solas shows up, so do many of you, and with incredible creations, no less. So in honor of the Dread Wolf himself, we wanted to showcase some amazing pieces we’ve seen.

Oh, and we absolutely could not leave out Handsome Solas.

Every day, the game gets one step closer to our next big development milestone—and one step closer to where it’s going to be when you play it. But these changes don’t just happen. They’re being worked on by the teams of people shaping this next adventure for you—carrying the vision together on our road to launch.

We want to keep showing you what we’re up to, so let us know if you like what you’re seeing! We have some fun stuff planned, so be sure to keep an eye out for our upcoming BCUs, one of which will include a look at what our designers are working on!

Until next then, may the Dread Wolf take you.