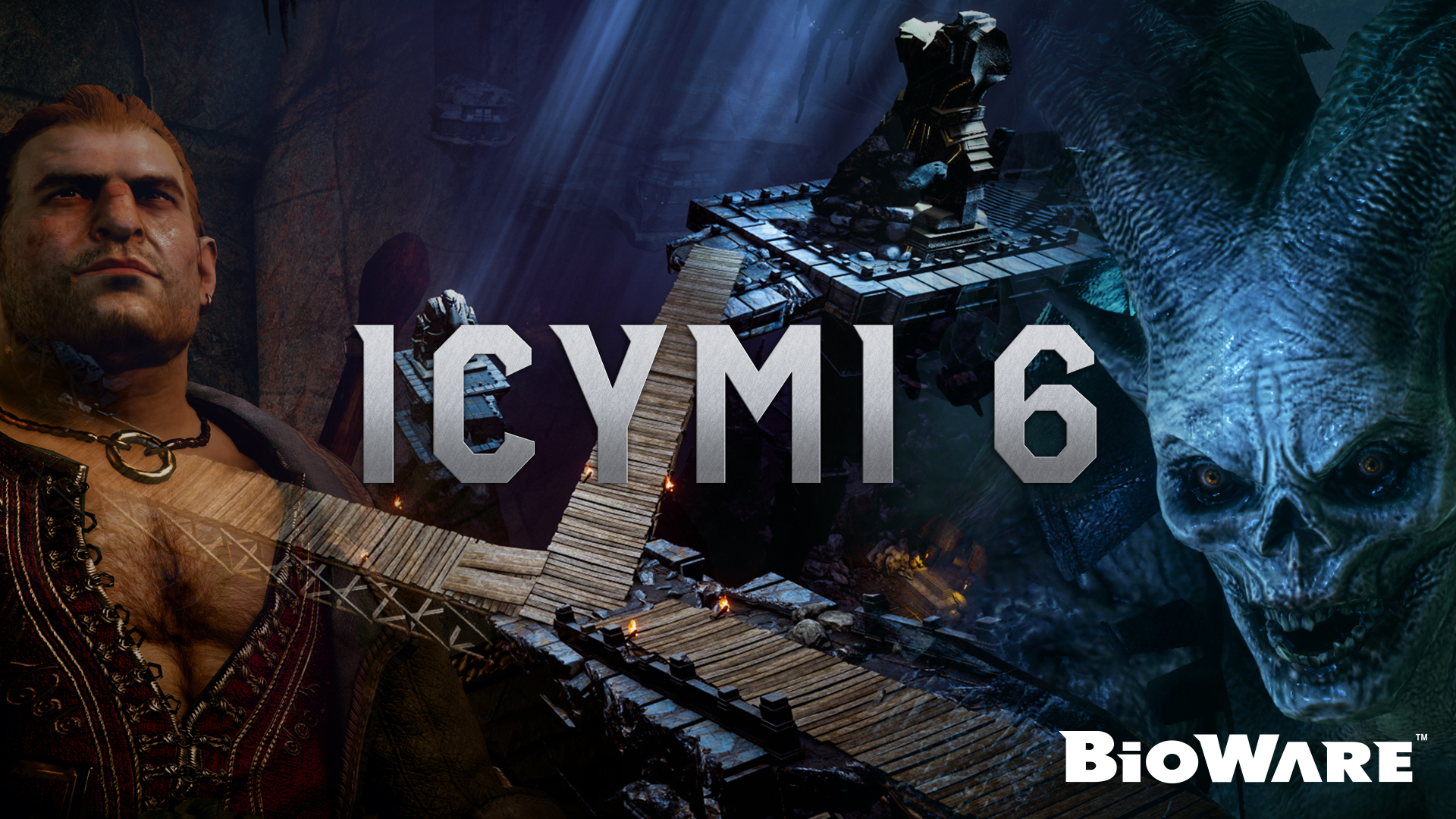 Welcome to “In Case You Missed It,” a biweekly recap of the latest and greatest floating around the BioWare social media universe.

On August 11th, we gave you The Descent, the next piece of story content for Inquisition:

Make sure you’re flush with torches, because you’ll need them down there.

#DAIDescent was SO FUN! A classic dungeon crawl AND it gave me serious feels. YAY WHAT A GOOD DAY — Sam (@SamMaggs) August 12, 2015

So party for #DAIDescent: Solas (because duh!), Varric (because I can’t wait for the sarcasm) and tank? Hm, Bull or Cass… Cc: @dragonage

I stayed up waaaaay too late playing #DAIDescent. *grooooan* #adulting

Congratulations to the winners of the signed Magekiller prints:

@bioware @dragonage it came earlier than expected n I have to frame it still but THANKS! @KarinWeekes @Mike_Laidlaw pic.twitter.com/SXpigOtJpR

Coming in December, Magekiller will be written by Greg Rucka and take place in Tevinter. Juicy!

When a cake becomes art, does one eat it?

Forget the Bundt cake, someone made a Grunt cake: http://t.co/QFGuk2fHYT pic.twitter.com/gMmVu8ltxK

Let’s hope whoever tries to take a bite out of this Grunt cake doesn’t get a head butt.

A Thresher Maw straight from Tuchanka:

That’s it, folks. Tweet us with photos, screencaps, anything BioWare-related that you think is cool, and we might include it in future installments.