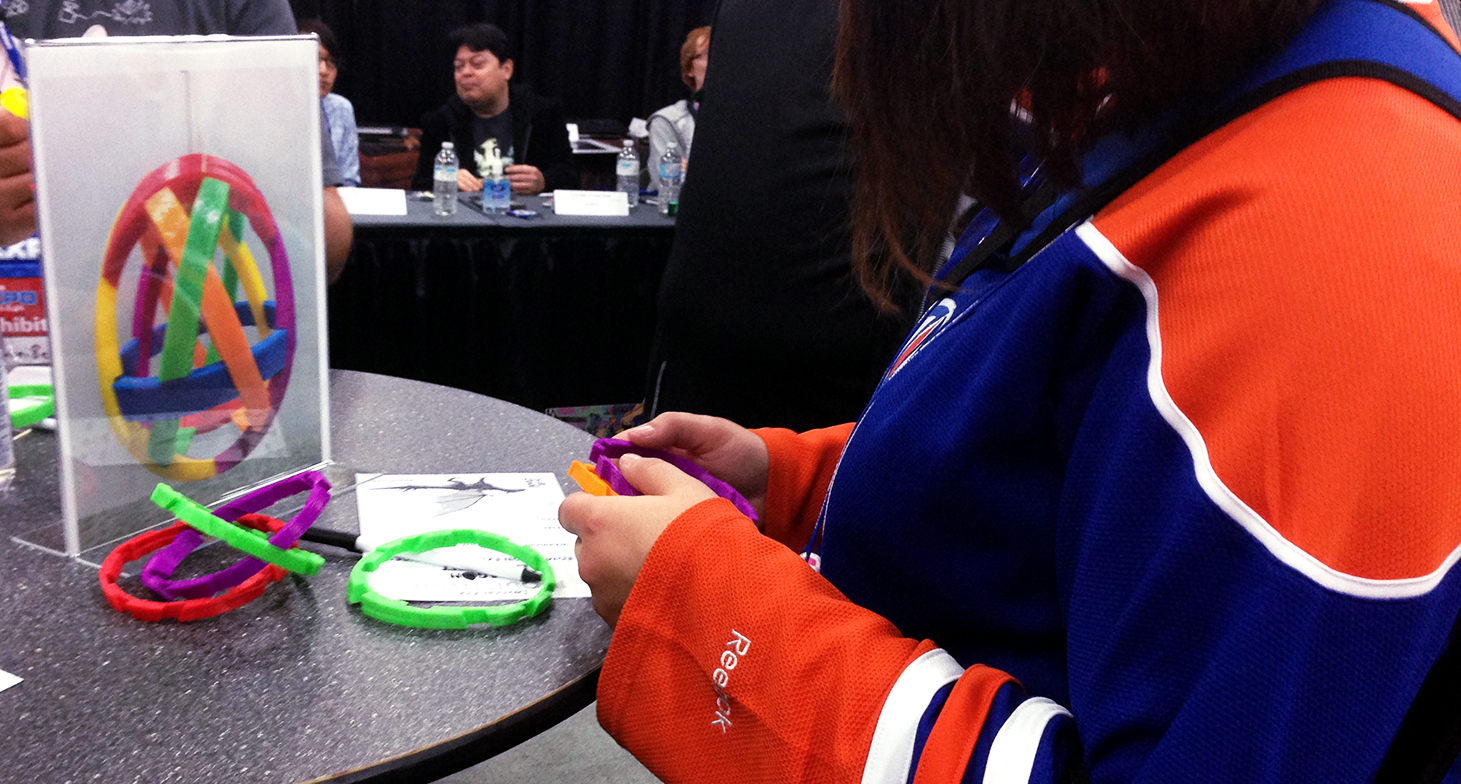 The Dragon Egg Hunt arrived in BioWare’s home city for Edmonton Expo, where well over a thousand people tried their hands at some devilish, draconic puzzles from Lone Shark Games. Before we head off to GeekGirlCon in Seattle, here’s a rundown of what went on in Edmonton.

The Anderfels Warrior Egg was a twisted ring challenge.

The Anderfels is a kingdom of tragedy. Three of the five Blights to date have ravaged it, leaving much of the land devastated and bereft of life. Yet there has been survival and triumph too. Archdemons have been slain there. The Grey Wardens were founded in the Anderfels and maintain their headquarters there in the mighty fortress of Weisshaupt. Recently, a great dragon egg was recovered in the Anderfels. However, during one of the periodic darkspawn attacks that plague the kingdom, an ogre shattered the egg into its component rings. The Grey Wardens have given you the task of putting the egg back together. A fake copy of the egg is displayed with the rings in the right order. Figure out how to place the rings correctly, and then the completely trustworthy noble will give you an answer that explains what your reconstructed egg is.

When players reconstructed the egg, they were given the answer RUSE.

As the templars watch over the Circle of Magi, so are the Seekers of Truth charged with overseeing the templars. A secretive order that reports directly to the Divine in Val Royeaux, the Seekers of Truth combat corruption in the Templar Order and protect the Chantry from a range of other threats. Recently, the Seekers brought down a corrupt templar who had been making huge amounts of money selling fake dragon eggs to the gullible. You have been asked to help find the remaining fake eggs. Each one has something inside it to make it sound like an unborn dragon moving inside. Identify which egg has which objects inside, and use the letters associated with those objects to spell a description of the Seekers.

Inside the eggs were various objects. When players figured out which object went with which egg, they spelled out the word ARDENT. 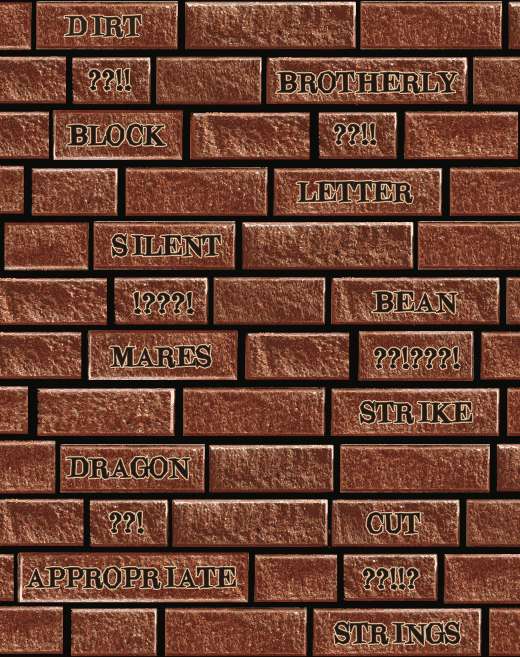 The Kirkwall Mage Challenge demanded an ability to think in chains.

Long before Kirkwall was the flashpoint of the mage-templar war, it was the center of the Tevinter Imperium’s slave trade. At one time over one million slaves toiled there, earning it the sobriquet “City of Chains.” Kirkwall is a free city now, but its past is there for all to see in graven stone. Here, you will see a fragment of one of the city’s mighty walls. On it is a chain of several words. Nested in bricks between the words are linking sets of question marks and exclamation points, which represent words you can place between the neighboring words to make compound words or phrases. For example, you might place between HORSE and GROUND the word PLAY, making HORSEPLAY and PLAYGROUND. Figure out all of the link words, and take the letters represented by the exclamation points to make a word that often comes to Kirkwall.

We’ll leave you to puzzle that out for yourselves.

Next week we roll our eggs into GeekGirlCon. See you in Seattle.