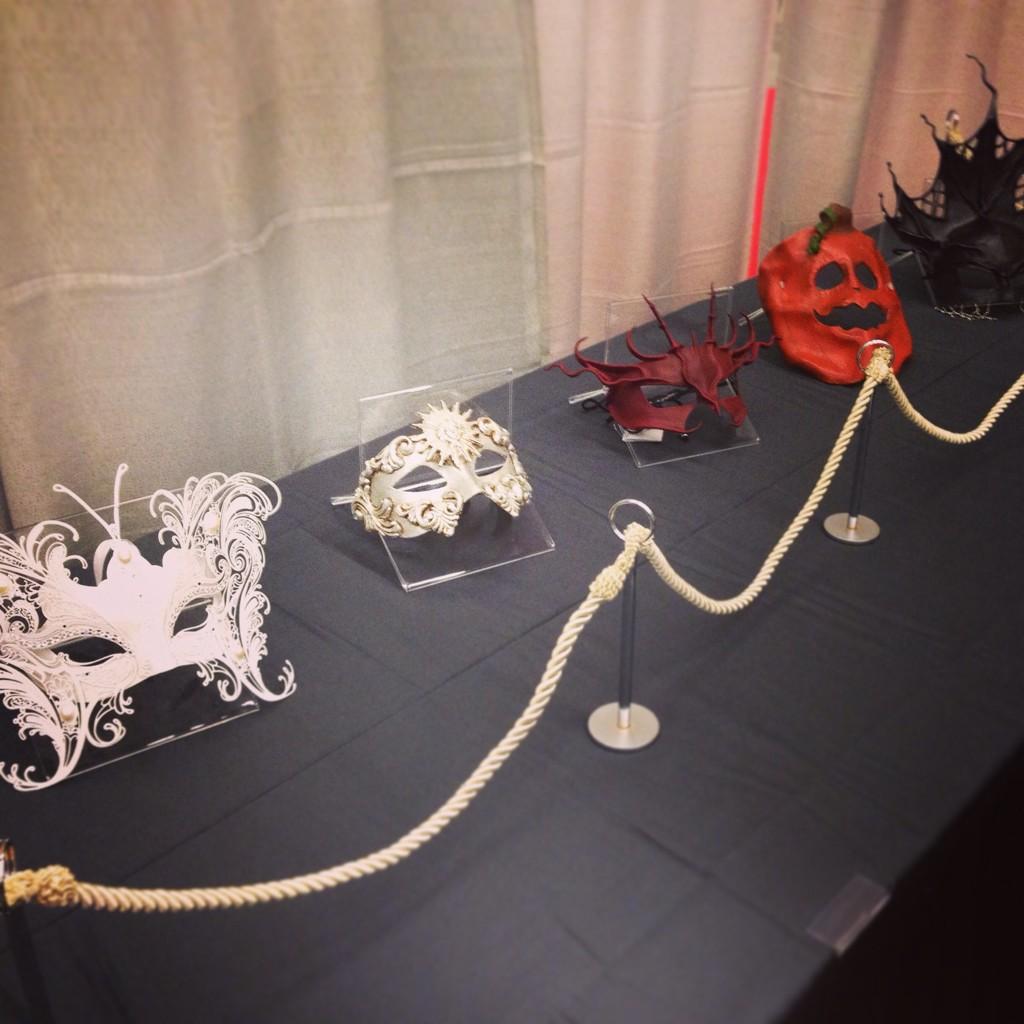 The Dragon Egg Hunt tore through Montreal Comiccon this month, with Dragon Age fans braving bilingual puzzles in both French and English. So before we move on to the Edmonton Comic and Entertainment Expo, let’s take a look back at the Montreal Hunt.

For the Orlais Warrior Egg, players had to decipher a single word spelled out over five ornate masks.

Orlais is the most powerful nation in Thedas, and Empress Celene rules from the capital city of Val Royeaux—also the center of the Chantry’s power. Here, the lines between the nobility and the common folk are starkly drawn. Among its famed excesses, the Orlesian noble class wears extravagant masks in public; the colors and designs indicate a family’s lineage. Here you will find five masks, whose ornateness colors the perceptions of those they interact with. Their initial letters will spell your answer.
Here’s a hint if you’re trying to solve this: remember where this puzzle was held.

The Elves Rogue Egg was a hidden maze that had to be experienced to be believed.

In centuries past, the elves of Thedas were slaves of the Tevinter Imperium. Andraste helped the elves win their freedom, but it was not to last, and their new homeland was destroyed. Today, those who do not live in city ghettos now wander Thedas as nomads. Though slavery is technically illegal, it continues to thrive—particularly in the Tevinter Imperium. As an Inquisition Scout, you helped a band of elves escape from Tevinter slavers. Now you must lead them to freedom through a dark maze. The good news is that the elves can see in the dark; the bad news is that you can’t. To find the path, you will be given a maze that you cannot see. Find your way through the maze using your finger to trace your path, and with your other hand draw the correct path on a piece of paper. If you do that successfully, an elf will tell you the word that indicates the way out.
When players navigated the maze in the dark, they were told the word TOP.

Those are the puzzles from Montreal.

Next stop, our home convention of the Edmonton Comic and Entertainment Expo.