As Inquisition scouts prepare to descend on the Montreal edition of the Dragon Egg Hunt, let’s look back at how our persistent puzzlers fared at PAX Prime. In Seattle, they encountered the Ferelden, Starkhaven, and Chantry challenges—trials that tested mind, body, and soul.

The Ferelden rogue egg required pawing through a box of inscribed buttons to find those that matched items of Ferelden clothing on a neighboring clothes rack.

With the correct buttons in hand, players were then left to unscramble the following collection of letters: CINSTU.

The Starkhaven warrior egg was a gastronomical challenge. Players were instructed as follows:

The independent city-state of Starkhaven is known for its opulence. In its noble estates you will find the finest goods in all the Free Marches, and every chef has a personal variant of the city-state’s signature dish: fish and egg pie. It is traditionally made with three deboned fresh fish, boiled eggs, dried fruit, spices, and thickened cream in a light crust. Some nobles in Starkhaven would like to elevate the dish by replacing chicken eggs with dragon eggs, making it a meal worthy of the wealth and power of Starkhaven. You have been welcomed into the kitchens of one such noble. Here there are 14 dishes and implements, grouped into seven pairs. In each pair the letters of each item are the same, though in a different order—except for one letter in each. Write down those letters. For example, if there was a LIME in #1 and MILK in #5, you would note an E as #1, and a K as #5. Put the letters together in numbered order, and you’ll get a phrase showing something a Starkhaven noble never does.

You can play along by looking at these images. 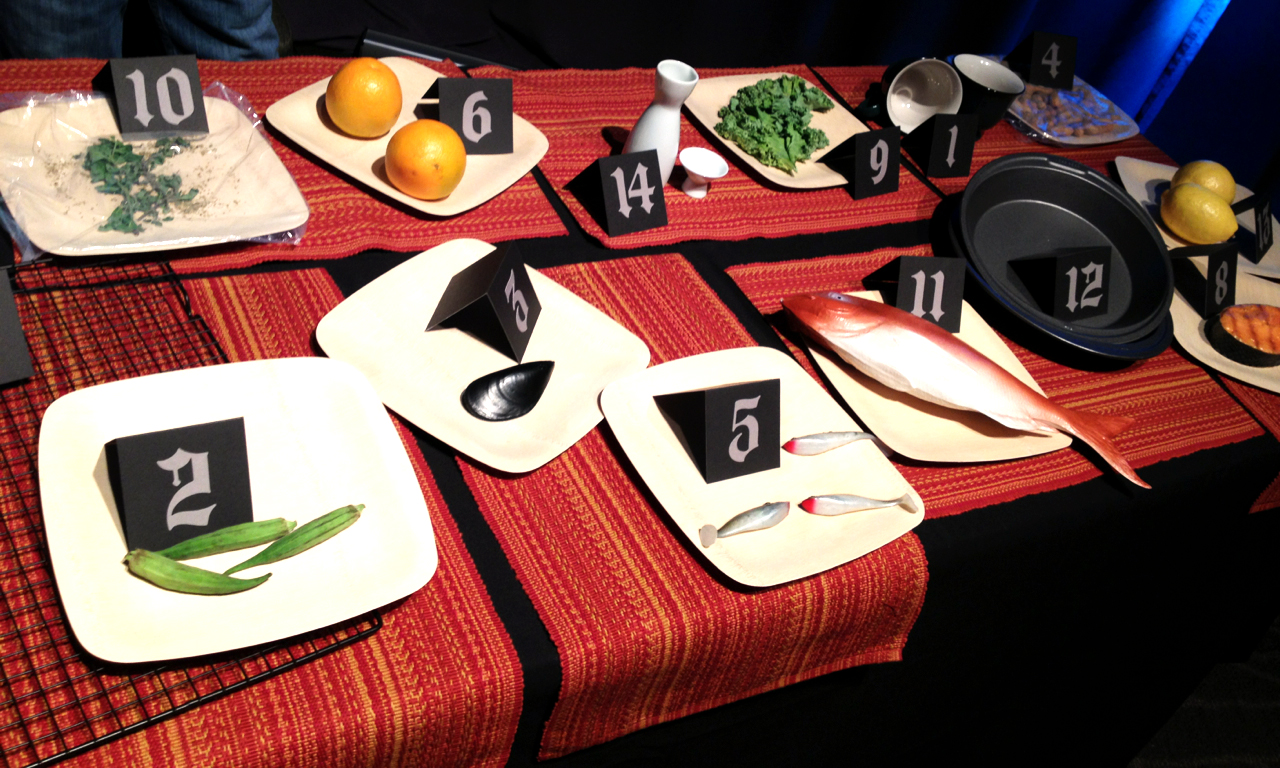 The Chantry mage egg? Well, that required a bit of canonical charisma and ecclesiastical enthusiasm. Here’s what the Chantry demanded:

The Chantry is the most powerful religious institution in Thedas. They have spread their beliefs across the land with a fervor rarely seen in this world. The teachings of Andraste, the Prophet of the Maker, are collected in the Chant of Light. It is said that when its words ring out from all corners of the world, the Maker will return and usher Thedas into a new age of glory. You must join the ranks of the faithful and proselytize Andraste’s message of hope. Take a video of yourself somewhere in this convention spreading the word of the Chantry to the unenlightened. We suggest you use one of the official verses of the Chant of Light, many of which can be found here.

A whole lot of people went out to spread the good word. This was our favorite.

When they came back, we gave them the answer: ORACLES.

Keep your eyes peeled and your minds sharp, for later this week Dragon Egg Hunt comes to Montreal Comiccon!