A word about Vivienne from writer Mary Kirby:

“Vivienne was fun to write because she let me play around with different ways for a character to be powerful. Any mage can destroy their enemies with fire and ice, but Vivienne can rip her opponents apart verbally, politically, socially—and make ice seem like the gentlest option. She takes great pride in her work, and her interactions with a certain unnamed Inquisition mage can be a little… explosive. In a good way. Mostly.” 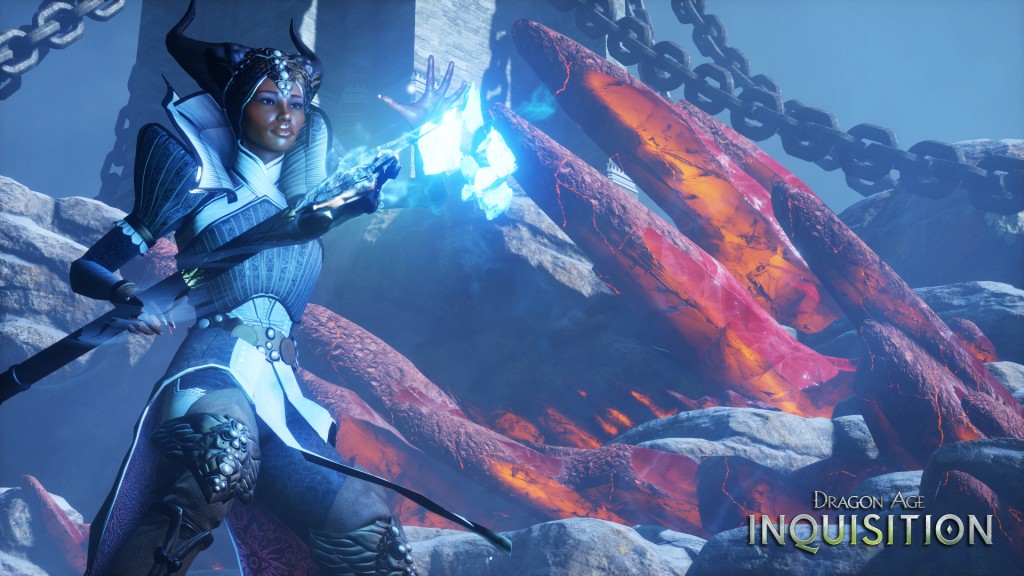 I don’t believe we’ve met, so allow me to introduce myself. I am First Enchanter Vivienne, Enchanter to the Imperial Court of Orlais, personal advisor to the Empress.

A rumor has reached my ears that you plan on attending the salon held at the duke’s summer estate three weeks hence. I’m certain this rumor must be a scandalous falsehood, Ambassador, as neither you nor anyone else from the Nevarran embassy has been issued an invitation. As host of the party, I trust you did not intend to crash it like some unwashed workman drunk on three tankards of ale and a dare.

I know you are only seventy-third in line for the Nevarran throne, but that is hardly so lowly a position as to relegate you to trailing after Comtesse Montbelliard in the hope that she might give your suit a moment’s thought. She won’t, my dear. She only likes men with self-respect. Perhaps you might sober up and acquire some?

I’m sure I don’t have to tell you, Ambassador, that the world has become a dangerous place. Wars rage across the continent, the sky is torn open, and many say the end of the world is upon us. During such chaotic times, it behooves those of us in power to aid in the restoration of peace and the establishment of order. Lives have already been lost; should we not save those we can? In that spirit, I give you this friendly warning: I am not to be trifled with. I would not be in a rush to hasten my own demise if I were you, darling. If the demons have their way, it will come soon enough.