A few weeks ago, my lead sent out an e-mail to ask if any team members were interested in attending GamesCom in Cologne.  As I’d never been to a big games convention—or to Germany—before, having the opportunity to go to GamesCom was exciting: visiting a new country for a little bit, and being at the largest games convention in the world.  It turns out that GamesCom is pretty cool.  🙂 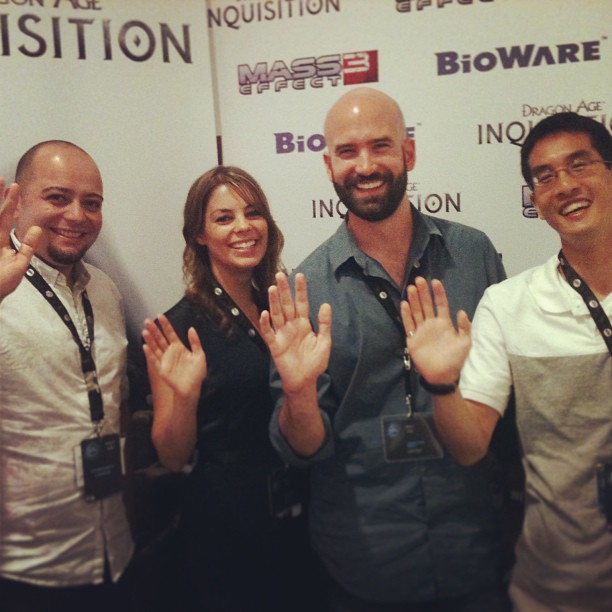 There was always something fun to do while we were there.  At the convention, we usually had a little bit of time to wander the convention floor to check out other games, and we had the chance to play some pretty fun demos.  (Titanfall is awesome.  🙂 ) The sheer number of people at the convention made it pretty crazy to just walk around the halls. When I got back from the trip, I read that around 340,000 people came to the convention.

During the rest of the time, we hung out in the BioWare Community Lounge and got the chance to talk to fans.  As a developer, it’s not always easy to see how people respond to the games that we make other than the reviews posted online and reading the forums. 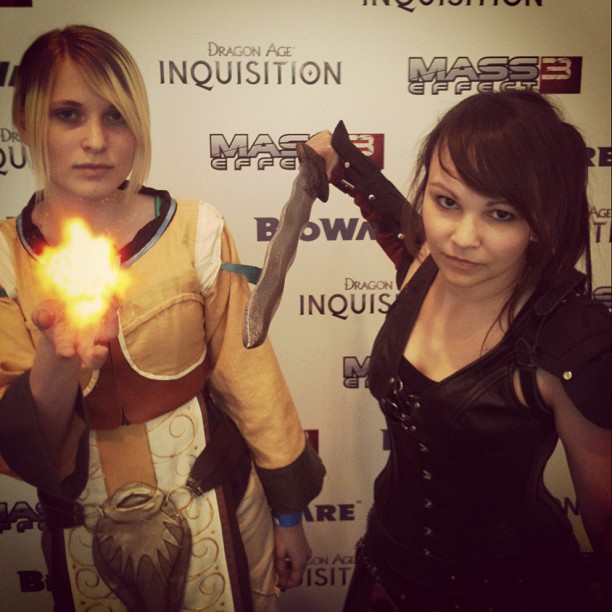 Meeting fans at GamesCom allowed us to meet and hear from fans directly, and the amount of passion that people have for our games is amazing.  Some really cool Mass Effect and Dragon Age cosplayers came to the community lounge, and they looked awesome!  It’s great to hear that all of the hard work we put into our games is appreciated, and I’m excited for fans to see everything we’re working on for our upcoming games in the future. 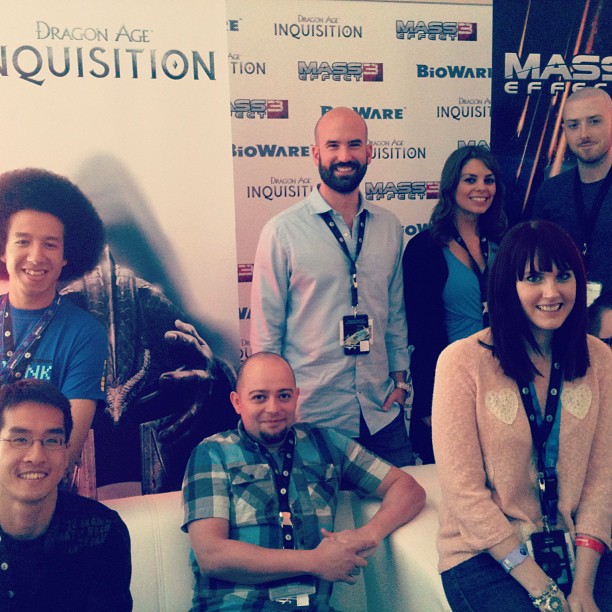